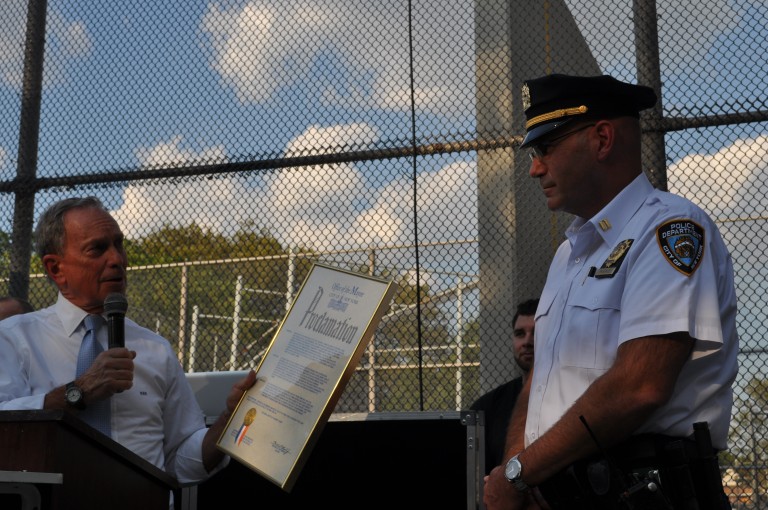 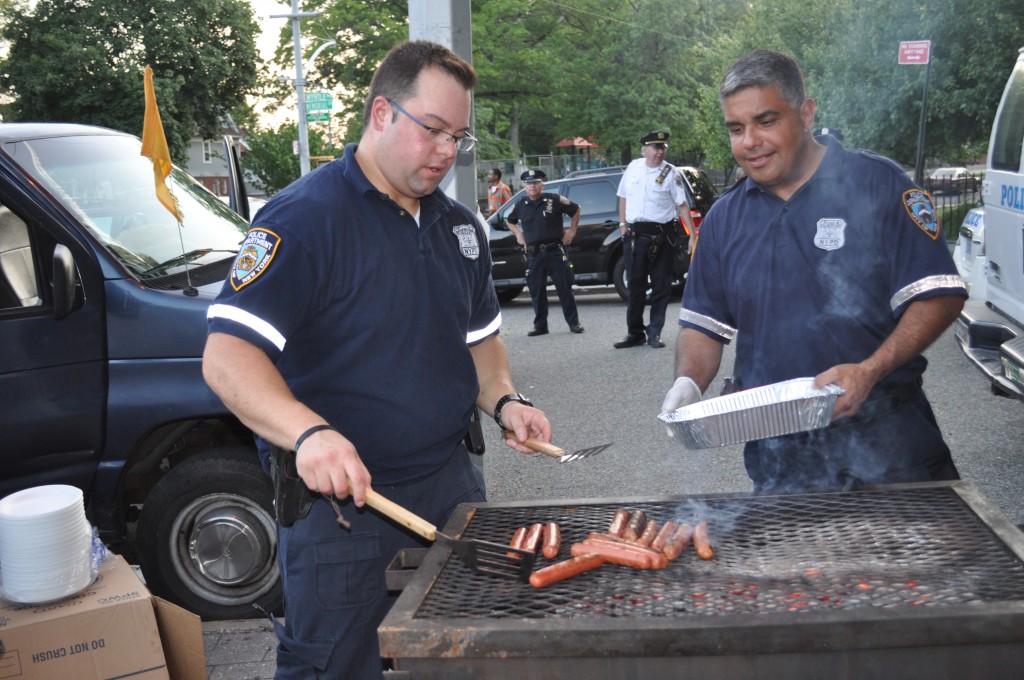 Queens residents were out in full force on Tuesday night to celebrate the National Night Out Against Crime, an event hosted by the NYPD to give residents the chance to interact with the police officers who serve their communities.

The 106th Precinct ceremony, which was held at Centreville Park in Ozone Park, featured a visit from Mayor Michael Bloomberg, who visited one precinct in each borough, and Police Commissioner Raymond Kelly.

Mayor Bloomberg congratulated the 106th Precinct and its commanding officer, Captain Thomas Pascale on a 35 percent drop in crime. The mayor also spoke about this year’s class at the police academy, the largest since 2006.

“I would like to congratulate Captain Pascale on his return to the 106th and his position as the commanding officer there now,” said Bloomberg. “The communities of Ozone Park, Howard Beach and Woodhaven are all very vibrant and safe and the 106 is to be commended.”

Many of the police officers from the precinct were also there to give residents safety information and answering questions and concerns.

Officer Thomas Diorio of the 106th Precinct’s Domestic Violence Unit says that events like these give people a chance to talk about their issues with the local police officers. In particular, it’s a great chance to discuss issues like domestic violence, which is something people can be hesitant to talk about.

Officer Diorio, who has been at the unit for four years, said that this was the largest turnout for a Night Out ceremony since he joined the precinct.

“[The] Mayor [and the] Police Commissioner came, so that made it a little bit bigger,” Diorio said. “The other ones were big, but this is definitely the biggest.”

Edwin Viana, who lives a block away from the park on Tahoe Street, stopped by the ceremony on his way home from work after seeing the fire trucks and police cars outside of the park.

Viana says that events like this help bring police officers and community members together.

“I’m excited that the police are doing this,” Viana said. “It gives a positive image for the cops.”

Police Commissioner Kelly joined Mayor Bloomberg in praising not only the precinct but community residents as well.

“The most important ingredient we have in keeping this city safe is the partnership with the community, whether it’s taking guns off the street or stopping the sale of drugs,” said the commissioner. “We cannot do what we do without all of you. We rely on you. We need you to help this city.”

Over at the 102nd Precinct ceremony at the Buddy Memorial in Forest Park, residents reflected upon the diversity of the neighborhood. The precinct serves five neighborhoods including Kew Gardens and Richmond Hill, which have large Jewish and Indian populations.

Simcha Waisman, Vice President of the Richmond Hill Block Association, says that because of the diversity of the neighborhood, residents must learn the similarities and differences between each culture.

The ceremony featured different cuisines such as rice and curry. Alongside, American favorites like hot dogs and hamburgers. In addition, the Solid State Band performed classic covers such as “Light My Fire” by The Doors.

Councilwoman Elizabeth Crowley (D-Middle Village) was among the local Queens politicians to attend the event. Crowley stressed that all residents, including young children, should not be afraid to report a crime if they see one.

“The police officers are our friends,” Crowley said.