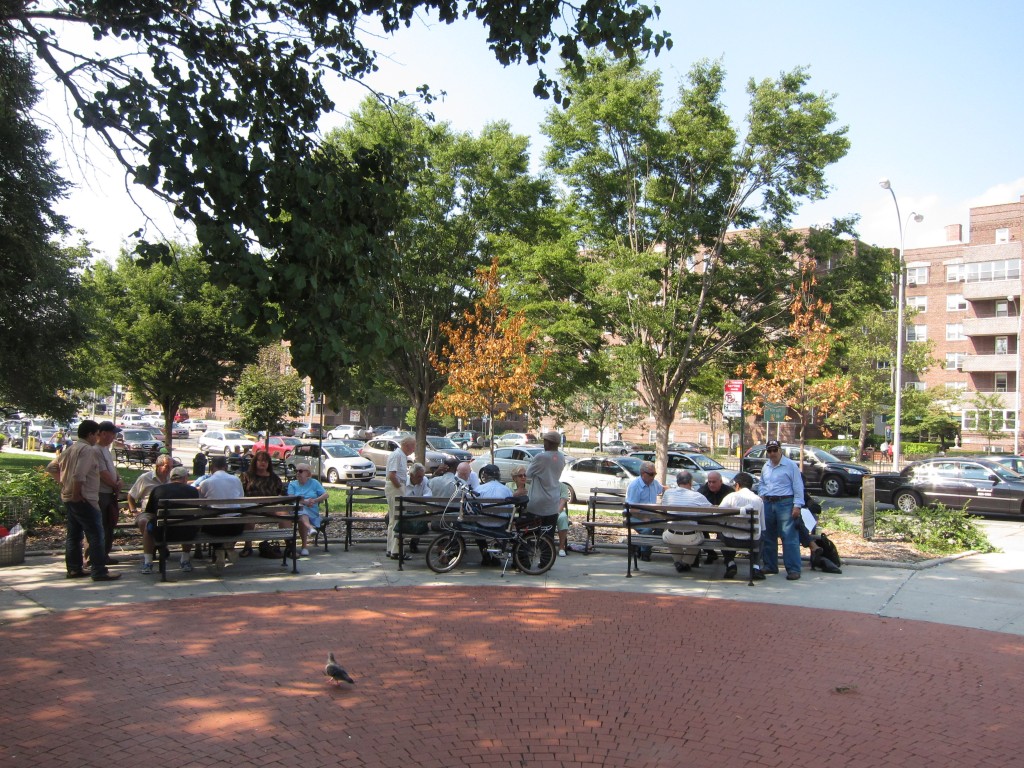 Last fall’s tornado devastated MacDonald Park in Forest Hills. Once a picturesque backdrop along Queens Boulevard where residents could sit and enjoy some green space, the park became a mess of fallen trees.

Thanks to the efforts of the city Parks Department and volunteers from around the city, MacDonald Park was cleaned up and nearly 80 new trees were planted in April. However, members of the community have noticed some of the new saplings are dying, and they are calling on the city to ensure proper maintenance is conducted.

“The trees haven’t been receiving an adequate amount of water,” said Michael Perlman, chair of the Rego-Forest Preservation Council. Most of Perlman’s activism has centered around preserving historical landmarks around Queens, but recently, his group has made a strong effort towards “restoring the forest in Forest Hills.”

Perlman was one of the many volunteers who helped the New York Restoration Project’s “One Thing That’s Green” tree planting event in April. He also sponsored a tree giveaway in Forest Hills in June.

Perlman has documented five dead trees as well as some graffiti issues around the 1.4-acre park.

“I’m hoping these conditions can be remedied in a reasonable timeframe,” he said.

The trees’ early demise is troubling, but it may have been unavoidable. Newly planted trees have varying chances of success—sometimes the survival rate can be around 50 percent. With the mass community planting done in April, it would have been surprising if every tree survived.

Still, the sight of more dead trees at a park that lost most of its tree canopy last year has local residents and leaders bristling.

According to the Parks Department, many of the new trees were under warranty and will be replaced. The city is also committed to revitalizing the park.

“The Parks Department continues to restore MacDonald Park thanks to the help by the New York Restoration Project and numerous dedicated volunteers from the community,” Queens Parks Commissioner Dorothy Lewandowski said.

Volunteerism is an aspect that is heavily promoted by the Parks Department to help maintain the city parks. Residents can help monitor the park, pick up stray trash and even identify vulnerable trees that need extra attention to boost their survival rates.

Perlman said he wants to start a volunteer group to help the park and asks interested volunteers to contact him by e-mail at unlockthevault@hotmail.com. Other groups and individuals can also visit Partnership for Parks at partnershipforparks.org. Residents may also adopt trees and help care for them at milliontreesnyc.org.

Today, Forest Hills residents can enjoy some shade and play chess at MacDonald Park, a thought that seemed unlikely after the tornado. With a partnership from local volunteers and the Parks Department, it could grow even better.