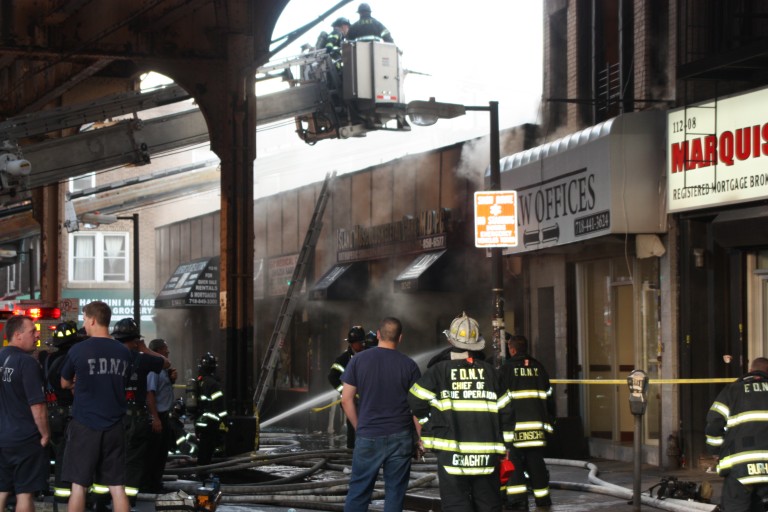 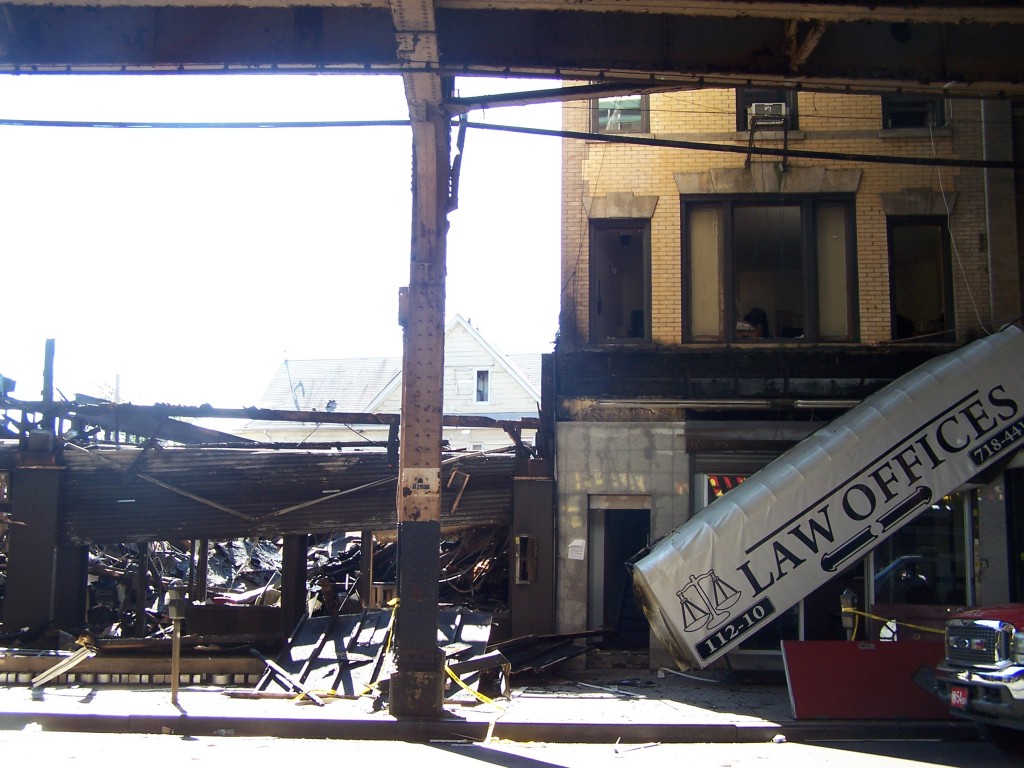 The fire started in the Island Musculoskeletal Care medical office, which is under construction at Jamaica Avenue and 112th Street, at 5:30 p.m. and quickly spread to surrounding buildings. It took 168 firemen from dozens of units including Engine 294, Engine 285 and Ladder 143, three hours to get the fire under control. Billowing smoke from the buildings was visible for blocks.

Although the cause of the fire is still under investigation by FDNY Fire Marshals, it is known that JC Home Development was renovating the medical office at the time. The construction company was issued a work permit by the Department of Buildings in June for standard renovations – combining two spaces on the first floor for a therapy office and replacing the roof.

According to the FDNY, eight or nine firefighters entered the building because it was the only way to reach flames on the roof, which was blocked by the elevated J train tracks. While inside the medical office, the ceiling expanded and began to collapse. Three firemen were injured and sent to Jamaica hospital.

Seven nearby apartments, home to 14 adults and two children, were evacuated. The Red Cross assisted with finding emergency housing at local hotels and some of these families were also given financial assistance for food and clothing. 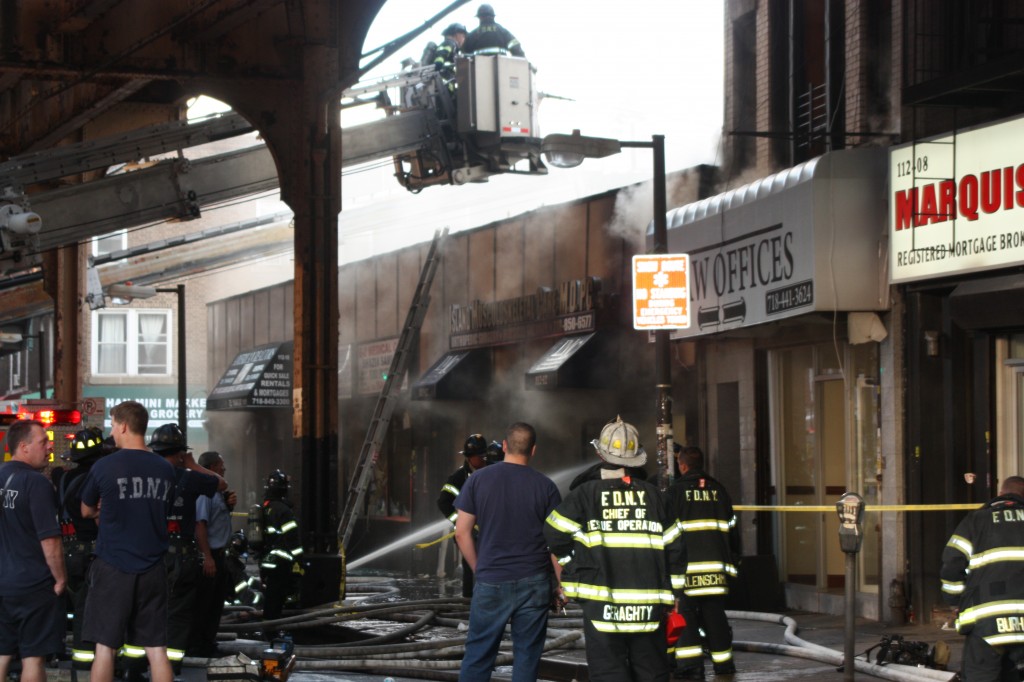 The Red Cross plans to meet with all individuals personally to discuss if any further assistance is needed.

Because of smoke, service on J and Z trains between Crescent Street and Jamaica Center – Parsons/Archer was temporarily suspended. By Tuesday morning, the trains were running normally and making regular stops at these stations.

Although many businesses on the block were not affected directly by the fire, many store front owners fear they will feel an impact. “Right now it’s going to hurt us because you can’t even get here,” said Vinny Macchio, referring to the street being blocked off. Macchio co-owns the Neighborhood Appliances & Electronics store across the street with Rick Hellerer.

The employees at Marquis Funding Inc., a firm located on the block where the fire took place, are not worried about the fire affecting their business but said they share their condolences for the people who lost their jobs and homes as a result of Monday’s fire.

“We were not in the office when the fire started,” said Nadira Udit, a broker. “Once we knew there was a fire, we were running for our lives. We thought the fire would get to our office.”

The Department of Buildings visited the site on Tuesday and vacated buildings on 112th and 113th streets that were affected by the fire. The owners are in the process of clearing out the buildings.

Aside from the three firemen injured, one civilian was also injured.