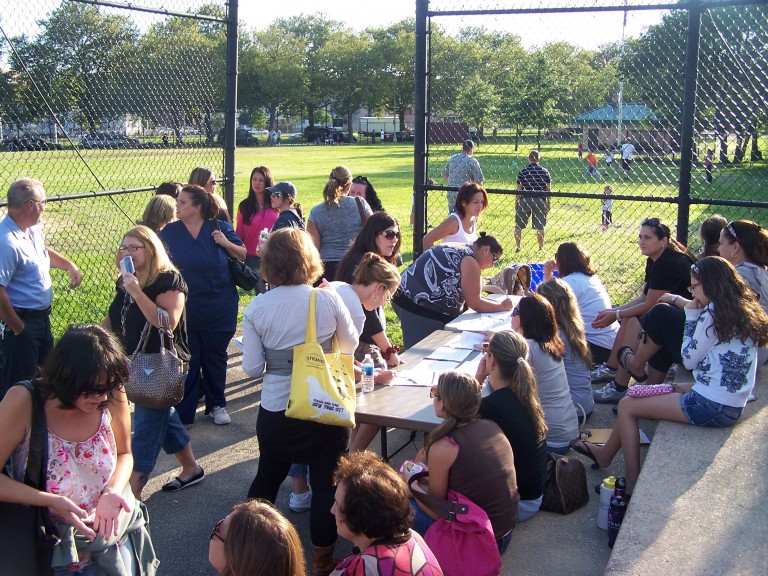 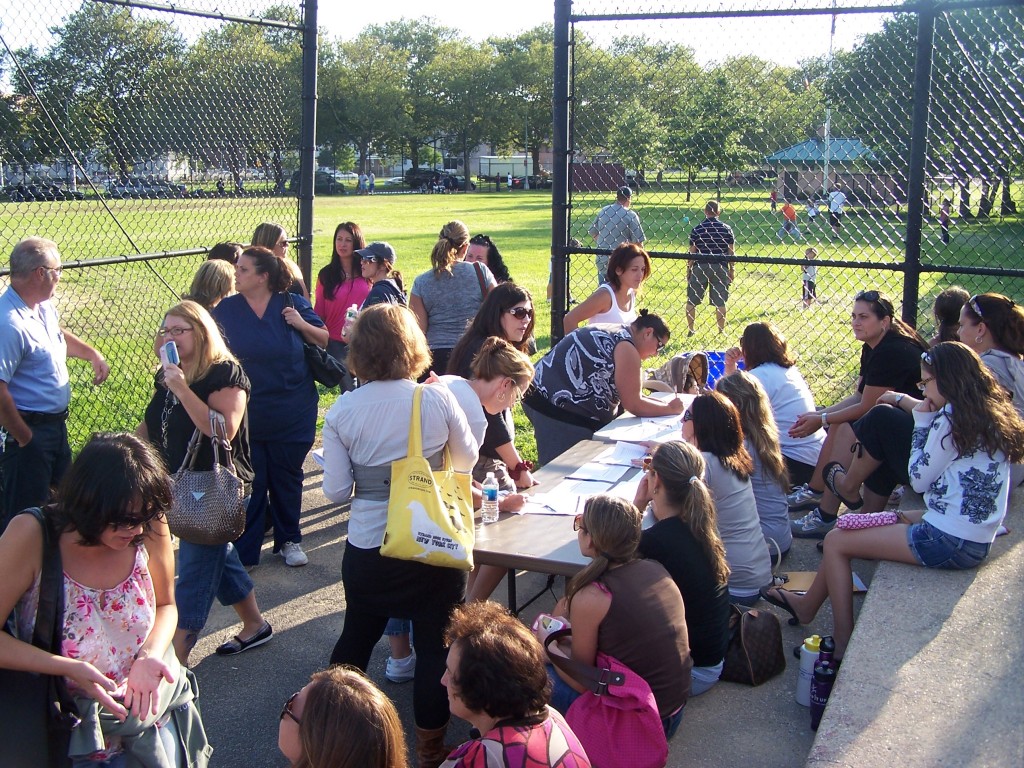 Local parents opposed to a new city policy aimed at providing more enrollment options to middle school students are garnering signatures and support ahead of a Community Election Council 27 vote on the matter.

Middle school choice is a new Department of Education policy giving students and parents the opportunity to list in order of preference what middle schools in the district they would like to attend. The city then would match students with a school based on their preferences.

CEC 27 will be voting on the policy at its next meeting on September 19th.

Over forty people gathered on Tuesday evening at Vito Locascio Field to sign a petition against middle school choice. Petitions are also located in stores across the district.

“We are against middle school choice because we are nervous they are not going to guarantee our children a seat in their zoned school,” said Fonal. “They (DOE) say they have no money but they want to spend money implementing procedures that are not needed. How are our students going to benefit?”

The DOE argues that middle school choice gives students the same opportunity and information when applying to schools. This also helps students who are unhappy with their zoned schools and want to enroll in a specialized school elsewhere in the district.

“They are trying to bring in children who are not zoned,” said parent Pam Garcia of P.S. 146. “The schools are overcrowded to begin with.”

“They are not guaranteeing transportation (because of budget cuts),” said P.S. 146 PTA Correspondent Secretary Tracy Velke. “Are our children supposed to take public transportation?”

With a smaller budget, P.S. 146 was forced to cut a seventh and eighth grade class, both honors classes, making the remaining classes larger. “The honor classes were important for applying to high school,” said parent Patricia Mastronardio of P.S. 146.

Other cuts have included music classes and the library as well as the art program that continues to dwindle.

“The New York City high school process of applying to school is stressful,” said P.S./M.S. 207 PTA Co-President Mary Gallagher. “Now they want to put the middle school students through this? This is another thing for New York City parents to worry about.”

It was only a few years ago that students had to apply for seats as the schools changed to kindergarten through eighth grade. “Why reapply for seats?” said P.S./M.S. 207 PTA Co-President Vita Leone. “They have said that students will most likely get the seats in their zone but what about computer problems? What if a mistake happens?”

Most parents said their children are content with the school they are currently enrolled in. “Don’t fix something that’s not broken,” said Matronardi.