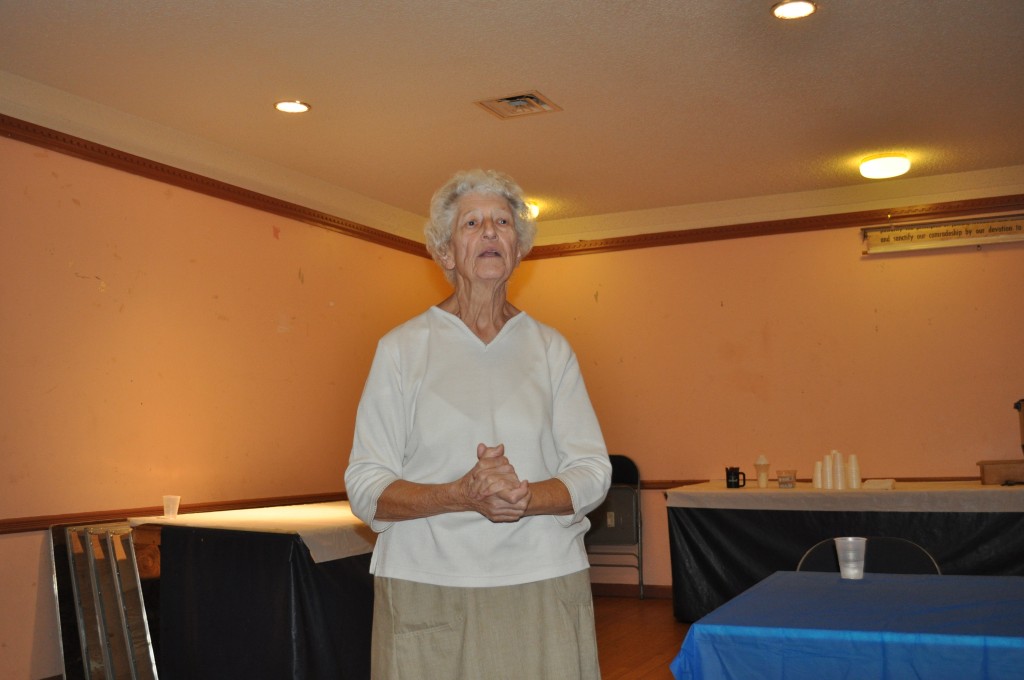 With the September 13 special election less than a week away, 9th Congressional District candidates David Weprin and Bob Turner separately addressed members of the Forest Hills Civic Association last Thursday in hopes of gaining last minute support for their campaigns.

After a short introduction by civic association president Barbara Stuchinski, Turner, the Republican candidate, pleaded his case for the seat vacated by Anthony Weiner.

Speaking about the $14 trillion national deficit, Turner said that both Democrats and Republicans need to work together to cut it down.

“We’re going to have to sit down on both sides of the aisle and say ‘let’s come together, let’s recognize the reality. Let’s tell the people the truth,’” Turner said.

He also said that programs like Social Security and Medicare must be saved so that future generations, like his 13 grandchildren, could reap the benefits when they get older.

Turner said this election is important because if the district elects a Republican, which hasn’t happened since 1923, it would send a message to President Barack Obama that people are unhappy with his administration.

“It’s a big deal and it’s in your hands,” Turner said.

After Turner had his say and departed, it was Weprin’s turn to woo potential voters.

Weprin, the Democratic candidate, said that there needs to be “responsible cuts” to ensure funding for vital programs like the Department of Education and Department of Agriculture are maintained, while trimming non-essential programs.

He used this year’s state budget battle, during which senior centers funds was in jeopardy, as an example. Working with a tight budget, legislators were able to find the money to save senior programs, Weprin said.

One program Weprin would like to change is the No Child Left Behind act. He said that it forces fourth graders to spend months worrying about taking an achievement test as opposed to learning new materials.

“Instead of actually learning the material, they’re learning how to take a test,” Weprin said. “I did that when I was studying for the bar exam.”

A hot button issue during this election is the new federal health care bill, which Turner vehemently opposes. However Weprin told the group that he supports it, especially provisions that allow younger people to stay under their parents health care until the age of 26, because it has brought some positive changes to the health care system.

“How many people know people that are in their 20’s, that don’t have jobs and no health insurance?” Weprin said. “It’s a major problem.”

He also said that he wants to see cuts restored to Medicaid and Medicare.  Those cuts have caused local hospitals like Peninsula Hospital in Far Rockaway to face overwhelming debt and face the threat of closure.

Councilwoman Karen Koslowitz (D-Forest Hills) spoke briefly to show her support for Weprin’s campaign and said he will be someone that will “fight for the people.”

“We don’t need a businessman,” said Koslowitz, referring to Turner. “We need someone who has their feet on the ground, who has worked with people…He has a proven record.”

After the meeting, Stuchinski said that she didn’t want to have both candidates debating next to each other because she felt that the meeting would have gotten too hectic if they were sniping back and forth at each other.

“It was enough time for people to dissect both,” said Stuchinski.

The next Forest Hills Civic Association meeting will be held at the American Legion Hall at 107-15 Metropolitan Avenue on Tuesday, October 11th at 7:30 P.M.

Caption: Barbara Stuchinski, president of the Forest Hills Civic Association, invited both Congressional candidates to speak to residents about the race. She also relayed the latest crime statistics from the 112th Precinct and important safety tips for residents.