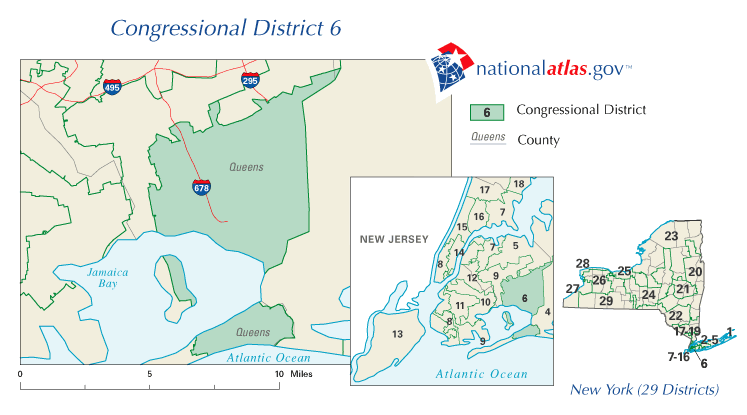 As the state prepares to redraw district lines, Queens residents had an opportunity to express their displeasure over the current system.

The state Legislative Task Force on Demographic Research and Reapportionment (LAFTOR), a body comprised of handpicked Democrats and Republicans from the state Senate and Assembly, held a public hearing at Queens Borough Hall last Wednesday.

There, residents asked legislators to stop gerrymandering, lines drawn by incumbent legislators to protect their interests, and create districts that made sense for neighborhoods and ethnic enclaves.

“Protecting our neighborhoods and fighting for our needs requires cohesive representation. The importance of wholly-contained districts inside each borough is of utmost importance,” Marshall said.

Marshall also noted that only one congressional district, represented by Gregory Meeks, is fully contained in Queens. The other districts are split between other city counties and Long Island.

“We here in Queens believe that we would be better served by members of congress who represent Queens in its entirety,” Marshall said.

States must redraw lines every 10 years to keep abreast of changing demographic numbers recorded in the latest Census. For decades, the districts were gerrymandered, activists claimed.

One growing minority group in Queens has had enough and demanded action at the public hearing.

Steven Choi, executive director of the MinKwon Center, which provides community services for the Korean population, agreed that strong Asian communities are divided by congressional and assembly districts.

“The political empowerment and strength of the Asian American community must be protected,” Choi said.

According to an analysis from Citizens Redistricting Committee, organized by Common Cause/New York to improve the redistricting process, it’s easy to see how past committees fractured growing immigrant communities.

In the state Assembly, growing Hispanic and Asian communities in Corona and Jackson Heights are split into five districts, with Assembly Members Andrew Hevesi, Marge Markey, Francisco Moya, Michael DenDekker and Jeffrion Aubry, each taking a piece of the neighborhood.

A growing Asian community in Richmond Hill is also hampered by many different Assembly Members—Michelle Titus, Rory Lancman, Mike Miller and the two open districts formerly represented by Netty Mayherson and Audrey Pheffer—taking a piece of the area.

“The way in which LATFOR chooses to redraw the districts in Queens, some of which are in need of radical change, will be a major test of whether or not it is capable of drawing fair districts based on communities of interest rather than political gamesmanship,” wrote Brian Paul in his Queens redistricting commentary for Citizens Redistricting Committee.