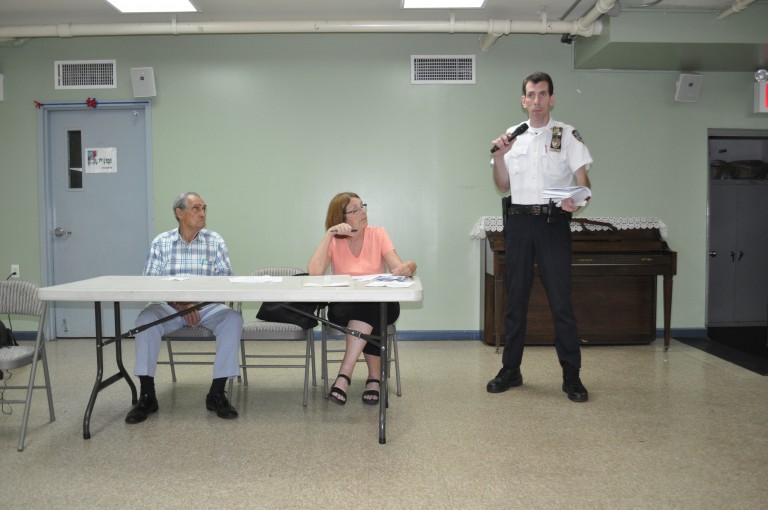 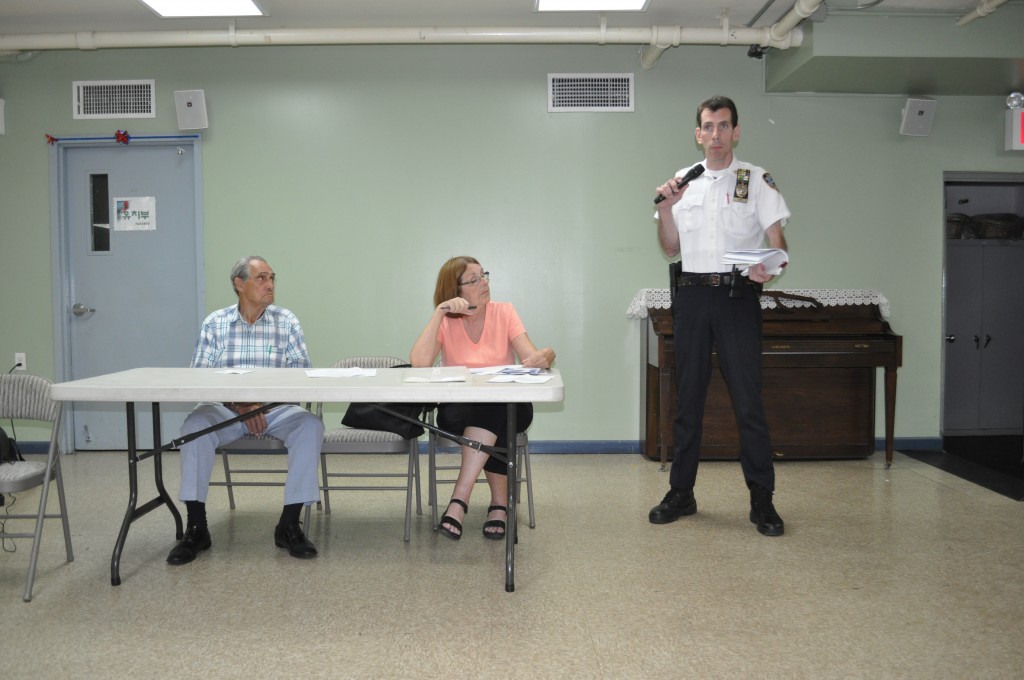 To start the meeting, commanding officer Michael Cody of the 104 Precinct, who’s new to the position, taking over in June after being in the Manhattan gang squad, announced the latest crime statistics from his precinct.

According to Cody, in the latest 28-day period crime report, from August 8 to September 4, grand larcenies are up 20 percent compared to the same time period last year. Cody said that it’s a major issue in the area.

“Grand larcenies are the driving crime in my precinct,” Cody said.

He stressed that people need to ensure that valuable items, like cell phones, I-Pods and GPS units, are removed from their car or hidden so that it decreases the chances of their car getting broken into.

Cody said that people stealing rims and tires from cars is the current prevalent crime in the area and that they have been taking steps to combat it.  He said that on Monday morning in Ridgewood, they arrested two people who were found with three tires and rims that were taken off a Trailblazer.

After COMET president Rosemarie Daraio asked Cody what could people do to prevent people from stealing tires, he said that the best thing to do is to turn your wheels to the right before leaving the car and parking closer to the curb. Cody said that this makes it difficult for people to pry a tire or a rim from the car.

He said that he hopes to cut down on this crime and get it out of his area.

“Hopefully they’ll move over to the Bronx or Brooklyn,” Cody joked.

There was also an update on the controversial commuter van issue in Maspeth.

Joseph Nocerino, representing Councilwoman Karen Koslowitz’s (D-Forest Hills) office, announced that they will send a letter, which, according to Nocerino, Councilwoman Elizabeth Crowley (D-Middle Village) will cosign, to the Department of Transportation (DOT) and the Taxi and Limousine Commission (TLC) asking them to attend a COMET meeting in the fall, so residents could discuss their concerns about commuter vans.

The vans have been the source of complaints among some Maspeth residents they cause more traffic in the area and have been operating in unauthorized areas.

In April 2010, Daraio told the Queens Ledger that with five bus routes running through Maspeth, there’s more than enough public transportation for the area and that residents should have a say whether or not a new service should be introduced to the area.

COMET member Christina Wilkinson gave a brief update on the funding of former site of St. Saviour’s church. Wilkinson accused local elected officials of lying after saying that there would be money in the budget for the site.

“Elected officials said at our last rally that we would have five million dollars for the site, it wasn’t included in the last budget. They lied,” said Wilkinson, who then slammed the microphone on the table and stormed out of the meeting.