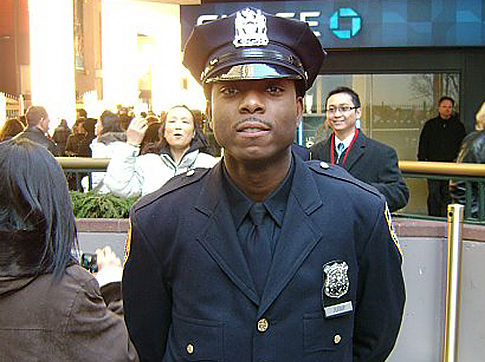 An alleged drunk driver killed an off-duty Policeman from the 106th precinct in Ozone Park when his vehicle struck the 25-year-old  officer’s Nissan Maxima on Sunday morning at about 5:30 AM.

Kevin Jessup wanted more than anything to be a cop. His father Ron, of Brooklyn, said his son first decided that he wanted to be on the force ten years ago, right after 9/11. “I gave him my blessing,” said the distraught father. “It’s so ironic that he died on 9/11.”

Jessup was travelling on the Southern State Parkway with his girlfriend, Crystal Simons, at about 5:30 am. The couple had come from a busy night of celebrating Crystal’s birthday and then stopping to see fellow officers in his precinct at their 9/11 command posts around 3 a.m.  Jessup told fellow officers he and Crystal would end the night with a bite to eat before heading home.

As they drove home on Bethpage Parkway, 20-year-old Jonathan Lopez struck the rear end of Jessup’s car, causing him to strike the guardrail and lose control of the vehicle, according to police. The vehicle flipped into the air and rolled down a deep ravine into the woods. Passersby could not see the vehicle at all and emergency workers to the scene did not even know the vehicle—and it’s passengers lay near death in the woods below.

Only after Crystal Simons freed herself and crawled from the wreckage to the roadside was the couple finally found.

Both Jessup and Simons were taken to Nassau University Medical Center for treatment, where Jessup passed away while being prepped for emergency. He had sustained extensive brain trauma and a severe loss of blood.

Kevin Jessup joined the NYPD in 2008. Facebook and MySpace messages and fellow officers all had the same things to say about the young cop everyone liked to be around. He was a hard worker a good son and brother. “He really loved his job,” said Ron Jessup. “He was a great son.”

Lopez, 20, of East Meadow, is charged with vehicular manslaughter in the second degree, reckless driving, driving while intoxicated, and two counts of assault in the third degree. He pleaded not guilty at his arraignment Monday and was being held in lieu of $100,000 bail, authorities told The Forum.

The wake for PO Kevin Jessup will be held at the Grace Funeral Chapel at 607 North Conduit Boulevard on Thursday, September 15 from 2-4 and 7-9 PM. The Funeral Service will be held at Grace on Friday morning at 9:30 AM. 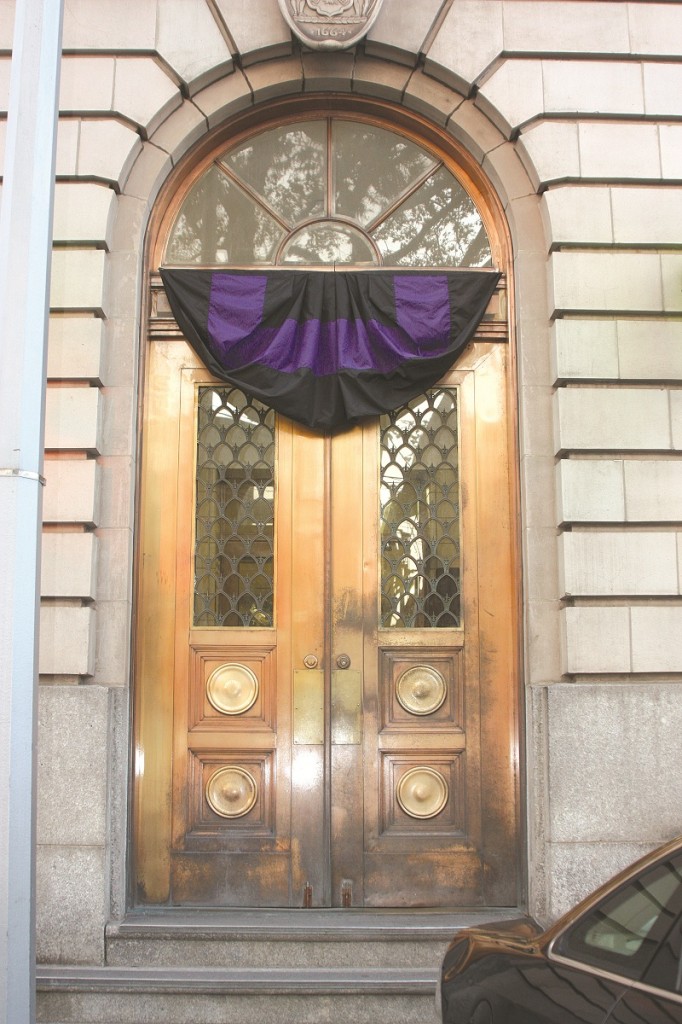 Photo Caption: Purple bunting mourning the loss of Officer Kevin Jessup hangs over the doorway of the 106th Precinct stationhouse.