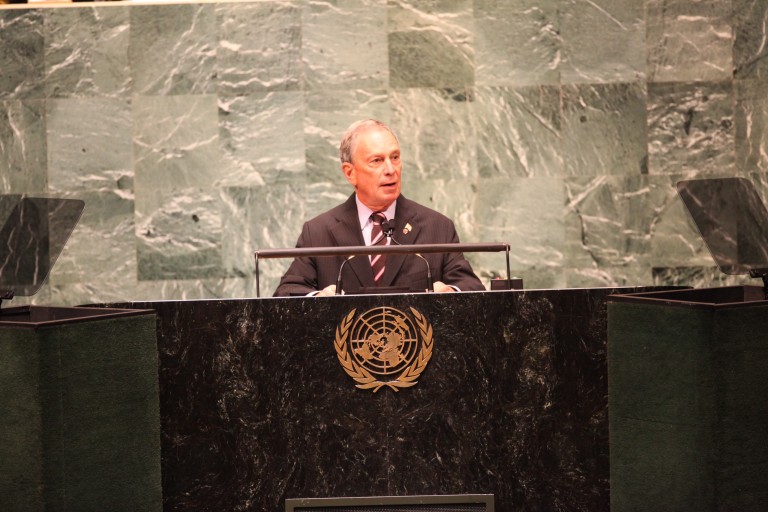 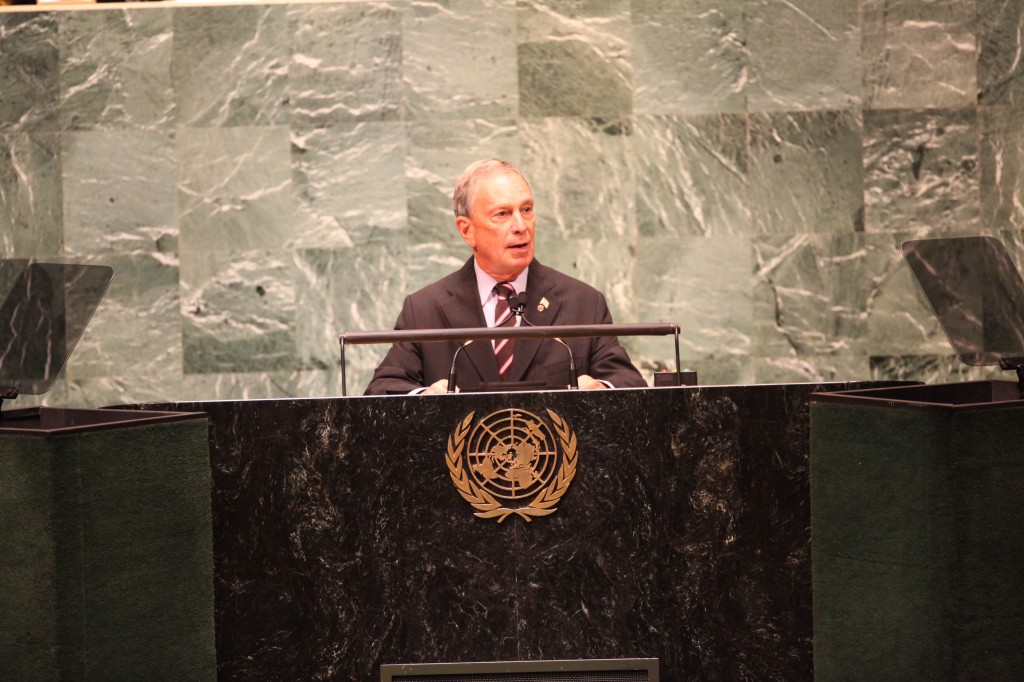 With leaders from all over the world in the city attending the United Nations General Assembly, Mayor Michael Bloomberg gave a speech presenting the city as a model for other countries to solve public health issues.

“Improving public health has long been one of my passions,” Bloomberg said. “Public health remains an intense focus of my philanthropic work, as well as of my public service as Mayor … and without a doubt, the greatest public health challenges in the world today are those that you’ve identified: the dangers of chronic, non-communicable diseases.”

Cardiovascular disease, diabetes and chronic respiratory diseases are becoming an epidemic, according to the World Health Organization, and Bloomberg said his administration’s policies have helped lower those numbers in the city. Bloomberg also touted the city’s rising life expectancy.

“At the outset of our administration, we recognized that non-communicable diseases—especially heart disease and cancer—far outstripped all other causes of death in our city and that the single most effective thing we could do to reduce them was to discourage smoking,” Bloomberg said.

In 2002, the city passed a bill that banned smoking in restaurants and bars. The ordinance was amended last year to include public parks and beaches. The city and the state also have some of the highest cigarette taxes in the nation, which has forced some smokers to quit the habit or seek other ways to buy tobacco.

“Before 2002, the proportion of adult smokers in our city has been constant for many years—roughly 22 percent. Today, that has dropped to 14 percent,” Bloomberg said. Bloomberg said these policies have already saved the lives of at least 1,500 people.

“Such results can be—and must be—replicated worldwide. Because when it comes to preventing tobacco-related illness and death, we are in a race with time—a race we can’t afford to lose,” Bloomberg continued.

Bloomberg accused tobacco companies of targeting lower income countries and getting their residents addicted before the government can intervene. He stressed all administrations should focus on passing measures to curb tobacco use.

The city has also enacted various laws that prohibit restaurants from serving artificial trans fats and working with food vendors to reduce salt.

“To attack diabetes and heart attacks, for example, in New York, we have also taken the lead in promoting healthier eating,” Bloomberg said.

Bloomberg said these measures, including calorie counts at restaurants, which was implemented in 2008, keeps the city healthy and thriving.

Bloomberg concluded his speech by stressing the importance of government in health issues.