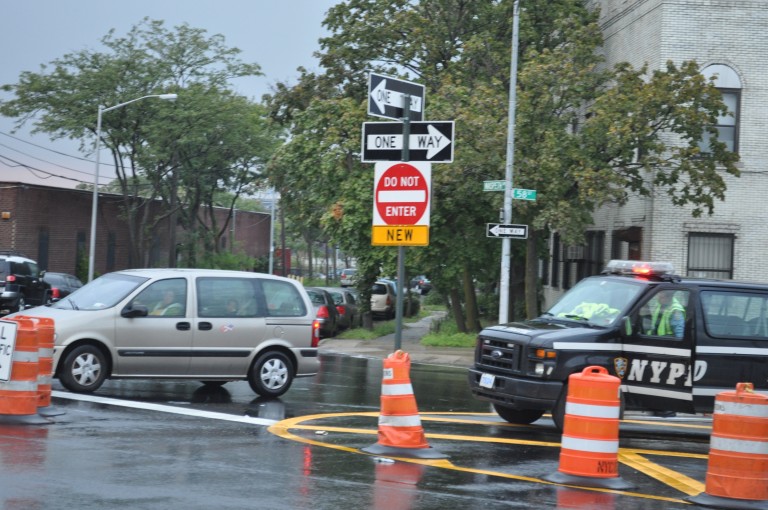 For years, residents of Maspeth have asked the city Department of Transportation to reroute trucks, which used the neighborhood’s residential and commercial areas as a shortcut to the Brooklyn Queens Expressway and the Long Island Expressway, to more industrial sections of the community. But when the DOT finally implemented the plan over the weekend, residents were dismayed about a myriad of street changes and one-way conversions the DOT said were needed to make the plan work.

According to the DOT’s analysis, rerouting trucks from Grand and Flushing avenues towards Rust Street—a plan presented by Community Board 5 almost a decade ago—requires that the five-legged intersection where Maurice and Maspeth Avenues intersect be redesigned.

The changes were heavily protested, particularly from local businesses owners who claimed the road changes would negatively impact the way their suppliers and customers could reach their businesses. Some concessions were made, but ultimately, the plan was approved and the street conversions were completed last Friday.

Local business owner Nick Diamantis, owner of the Clinton Diner, fought against the plan, and after the changes were implemented, said his worst fears were becoming realized.

In an e-mail sent to Queens DOT Commissioner Maura McCarthy, Diamantis recalled that on Saturday “I was driving south in the new left lane on 58th Street from 55th Drive to 56th Drive and three vehicles were driving in the wrong direction and almost collided with me head on.”

He also noted that there was an unreasonable amount of traffic backed up on Maurice Avenue towards the Long Island Expressway.

In another e-mail sent to the DOT, Alan Rosen, owner of Junior’s Cheesecake, said these changes would force him to move. “Thanks for listening to our concerns and ignoring them,” he said. “I cannot believe you all went through with this after hearing our concerns. When we move our business out of Queens (and we will eventually) please know it is because of your lack of concern for our business.”

In an e-mail sent to local businesses and civic leaders, McCarthy noted that there would be an adjustment period, and the department is working with the NYPD to enforce the new traffic laws. The DOT will also continue to monitor traffic and make adjustments as necessary. 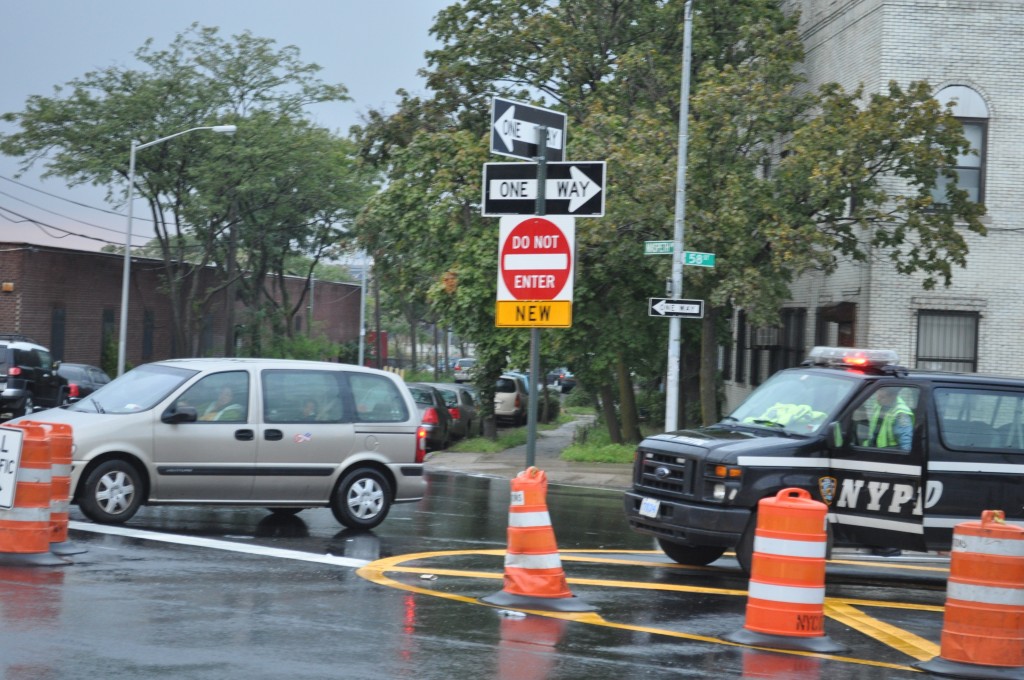 Caption: The new one-way conversions are being watched closely by NYPD traffic agents and the DOT, but locals say the city has made unnecessary and harmful changes.