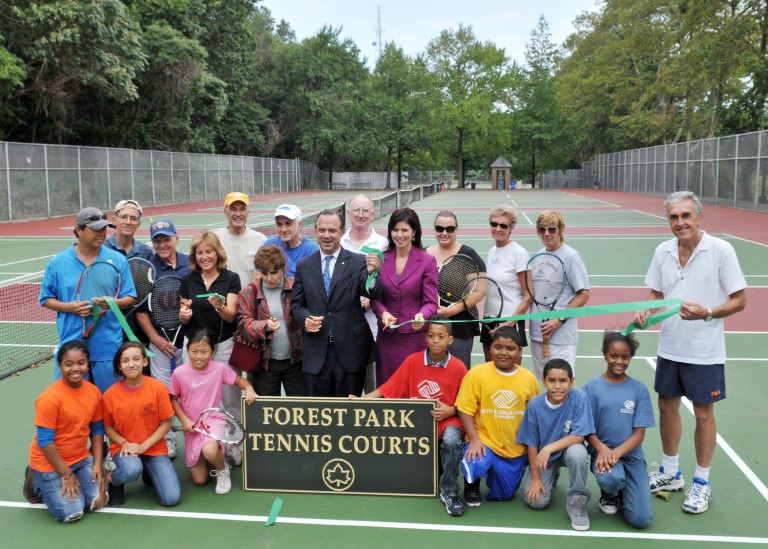 “Thanks to [Crowley and Ulrich], who allocated $1 million, Forest Park tennis players of all ages have seven resurfaced courts to practice their serves, volleys and ground strokes,” Parks Commissioner Adrian Benepe said, at a press conference at the courts located near 89th Street and Park Lane South.

Besides resurfacing the courts, new nets and fencing were installed. The upgrades also included improved drainage and erosion prevention measures at the nearby hillside. 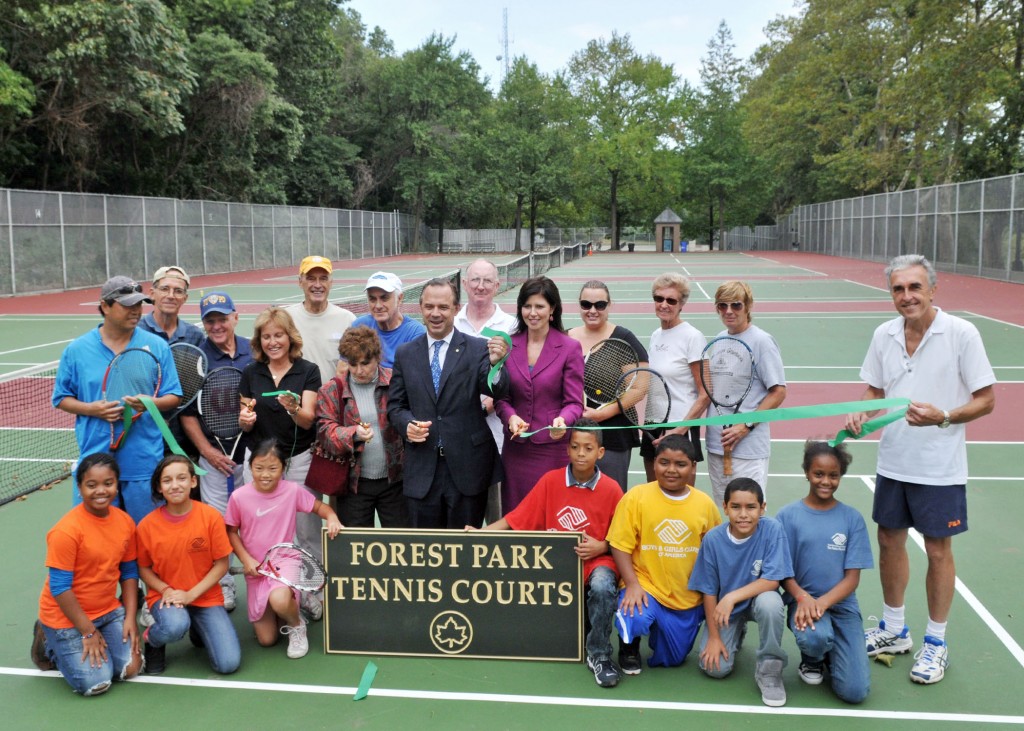 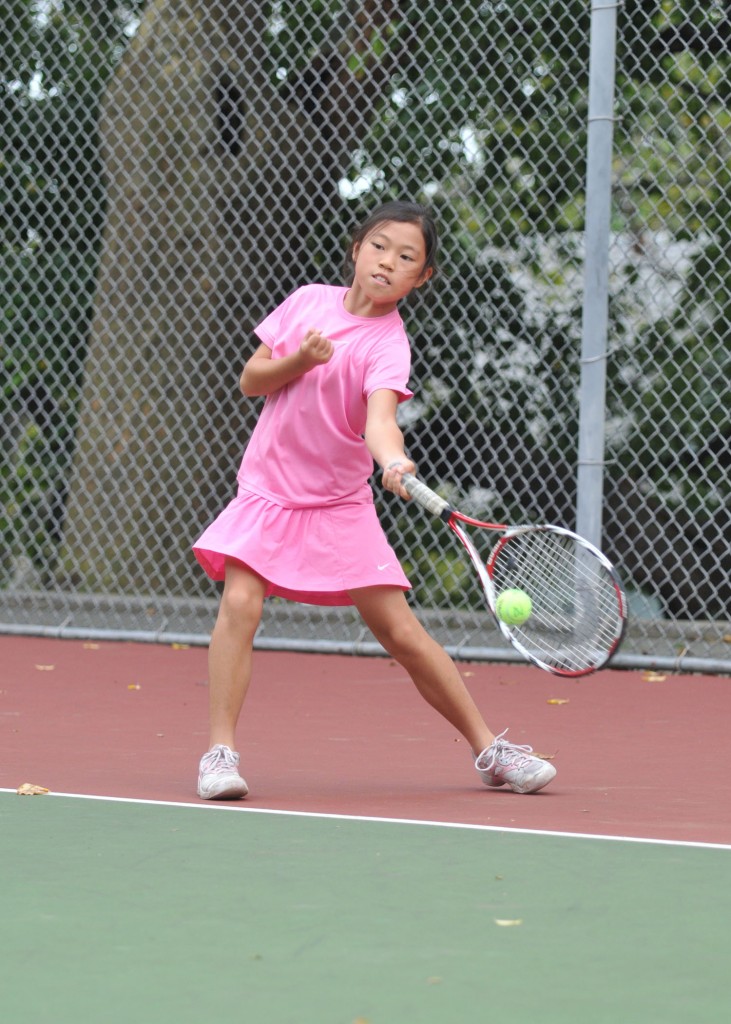