The Queens Chamber of Commerce continued its push to have a large-scale convention center built in the borough during a public meeting of the New York City Regional Economic Development Council (EDC), which works to improve economic growth in the city, on Tuesday.

Jack Friedman, executive director of the Queens Chamber of Commerce, said the convention center should be a priority project in the EDC’s five-year plan. Friedman noted that the city is severely lacking in convention space compared to other major cities.

Chicago boasts three major centers, the largest boasting 2.3 million square feet of space, while the city only has the Javits Center, which has 675,000 square feet.

“This is woefully inadequate and New York City is missing a great opportunity,” Friedman said.

A logical location for a convention center is Willets Point, which is a transit hub for the MTA and LIRR and is in close proximity to both airports, Friedman said.

“The master plan for Willets Point has always included a footprint for a 400,000 square foot convention center,” Friedman said. “Our study showed that if we build it, they will come. In Buffalo, New York, work was recently completed on upgrading the Buffalo-Niagara Convention Center. This 117,000 square foot facility, in 2010, boasted over 108 events, was used more than 197 nights during the year and generated over 14,000 hotel night stays directly from events at the center.”

“During these recessionary times, Buffalo saw record-breaking years for hotel occupancy and revenues. Imagine what that would translate into for a venue for Queens and as an alternative to Javits,” he continued.

Willets Point, which is mostly industrial, is currently being targeted by the city as a prime location for urban renewal, but there has been controversy over what should be built there.

Another location in Queens that could support a convention center is the new Aqueduct racino. Resorts World New York will have some small-scale convention spaces in the casino, but the company has been considering additional projects in the area. 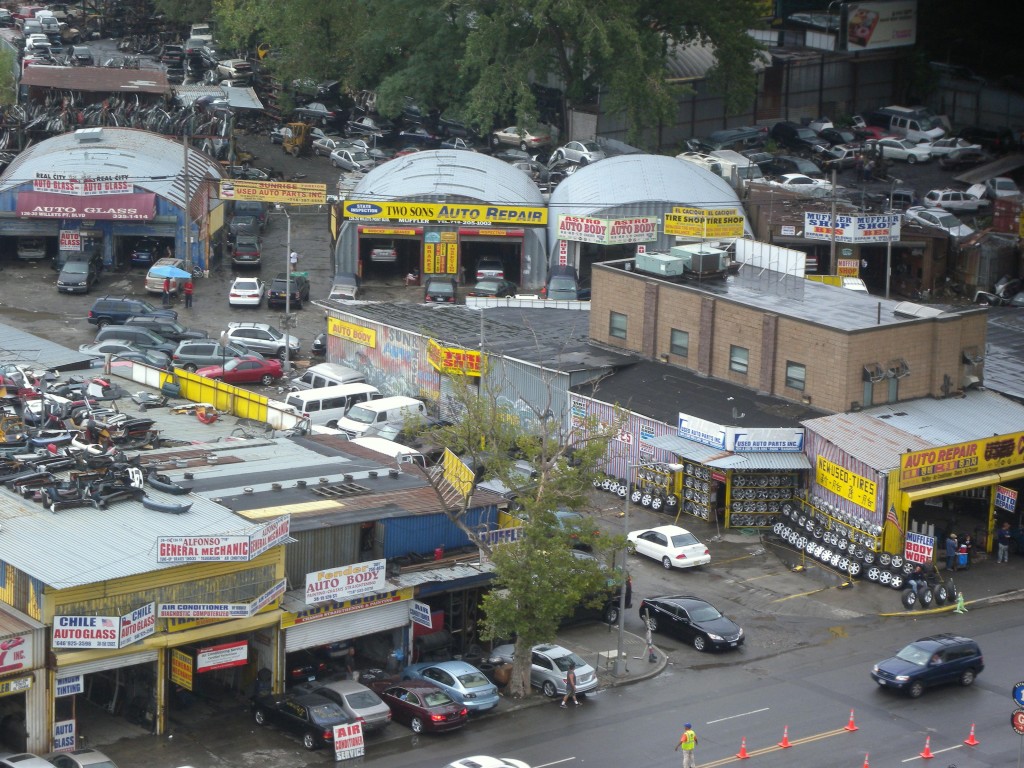 Caption Willets Point Convention Center: As the city contemplates how to revitalize the industrial Willets Point, the Queens Chamber of Commerce says it would be a perfect place for a convention enter.