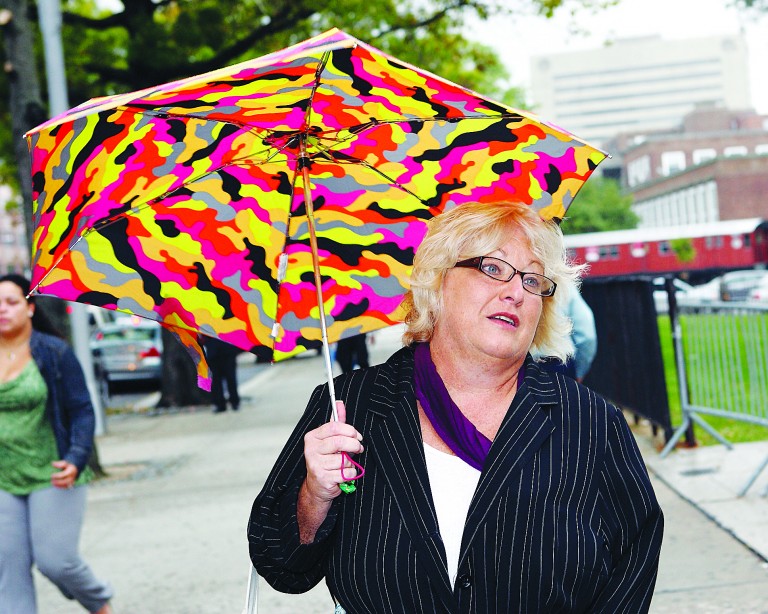 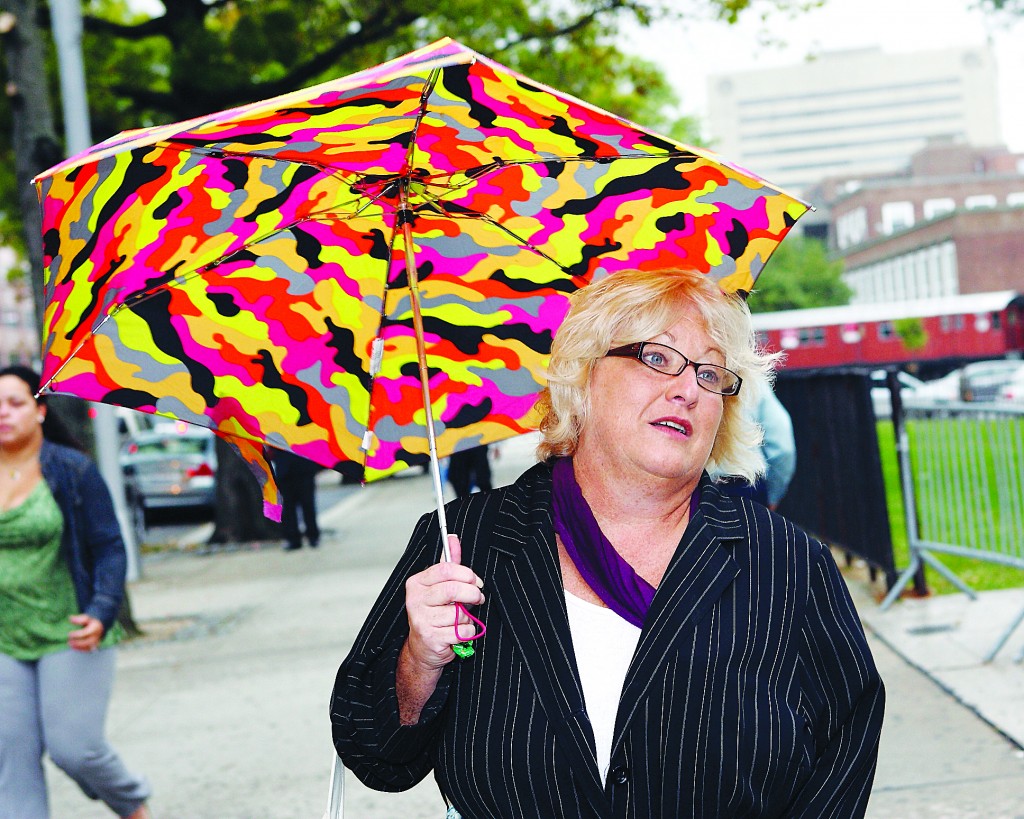 Barbara Sheehan was taken into protective custody at Riker’s Island after returning to court on Wednesday morning.  A jury acquitted her on murder charges last week, but found  the Howard Beach mother of two guilty of criminal possession of a weapon in the 2008 shooting death of her husband.

Defense attorney Michael Dowd informed the judge that his client would require medical attention in jail as a result of high blood pressure and angina. He explained that the medical condition was brought on by years of physical and verbal abuse she had endured for almost two decades.

Family, friends and supporters at the courtroom were clearly devastated when Sheehan was taken away by court officers. Her daughter Jennifer, overcome by emotion, said amid a flood of tears, “My mom doesn’t deserve this, she was defending herself.”

Barbara Sheehan’s parents, Barbara and Mike Henry, left the courtroom exhausted and defeated, their faces telling a story of despair for their daughter. “She doesn’t belong in jail,” a sobbing Barbara Henry said while surrounded by family. “It’s more terrible than we could describe,” added Mike Henry of his daughter’s situation.

Outside the courthouse, Dowd told the media he would file for a bail continuance to get his client out of jail pending her sentence. He commented on what he termed a “very contradictory verdict.”  The jury of three men and nine women found she acted in self-defense in acquitting her on murder charges but found her guilty on the second-degree weapons charges.

The jury’s reasoning behind that verdict was they felt when she shot her husband with the second gun he no longer posed a threat to her. She faces three-and-a-half to 15 years on that conviction.

“It was a very painful thing for the family to see her walk through the door that leads to a jail cell…there were errors made in terms of the verdict,” said Dowd. With respect to their strategy for appeal, he said they would argue that the verdict was based on a trial that didn’t include expert psychological testimony. An expert had determined through examination that Sheehan was suffering from post-traumatic stress disorder when she fired the second gun. He referred to the prohibiting of the expert testimony as unconstitutional.

In an interview with the Forum Dowd said, “Barbara was very emotional and upset. She was devastated. ” He said depending on where the continuance is in terms of priorities for Judge Levanthal, a decision could occur by the end of next week. He also maintained he will do whatever he could to make sure his client is given the medical attention she needs while in prison. “The outpouring of support from the community concerned about domestic violence has been overwhelming,” Dowd continued. “There are people across this city, state and country standing behind Barbara today.”

Back in Sheehan’s home neighborhood of Howard Beach, neighbors are organizing a community vigil for her support. “We need to stand up here and let Barbara Sheehan know that we are behind her, “said one of the organizers, Doreen DeCandia. She says that the vigil is intended to offer prayers and support to Sheehan and her family, and to send a message to the judge and the prosecutor’s office. “This woman deserves some peace. She has been tortured for a lifetime. She was acquitted of murder charges and now she needs to just come home.”

Father Anthony Rucando, pastor at Our Lady of Grace Church in Howard Beach where the vigil will be held on Sunday evening, says he couldn’t be more certain that allowing the vigil on the churches property was the right thing to do. “We are a community of faith and we are witnessing an innocent woman in pain and danger. We will help her by bringing the spirit of a supportive community and prayer to her side.”

The community vigil to support Barbara Sheehan will be held in the schoolyard of the Ave Maria Academy on the grounds of Our Lady of Grace Parish in Howard Beach at 100th street and 159th Avenue at 6:15 p.m. Sunday.