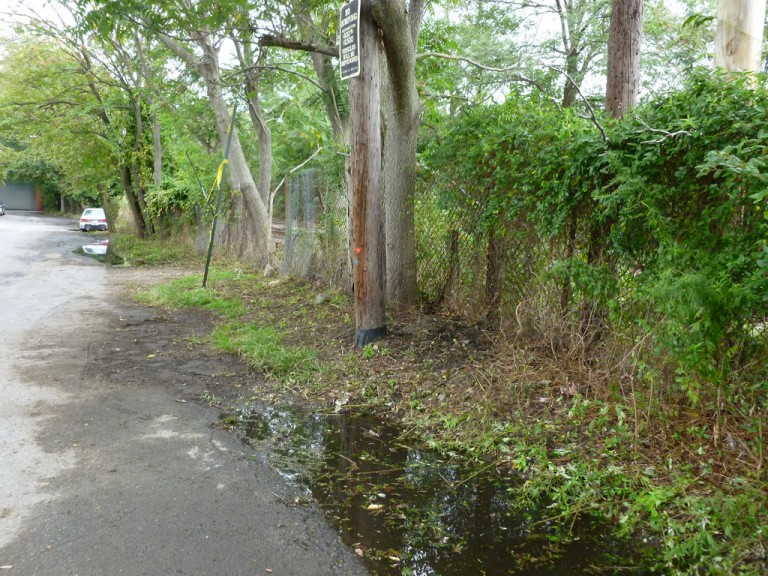 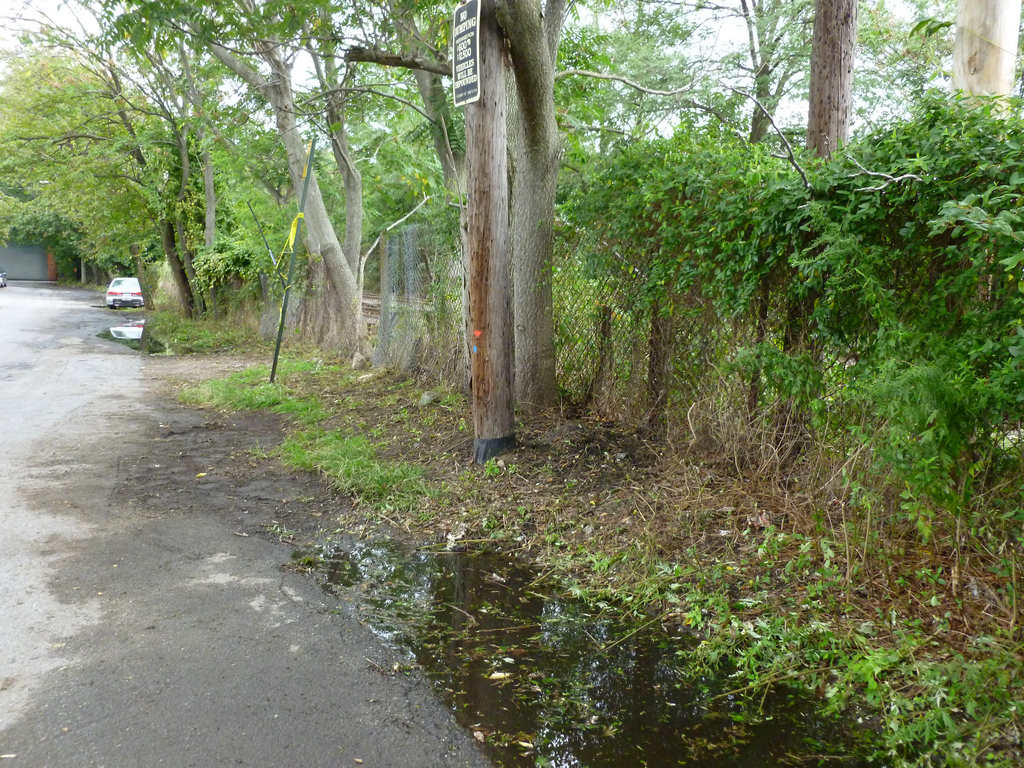 With the first phase of the Edsall Avenue revitalization completed, local community groups and leaders are asking the city to pitch in and keep the area clean.

Edsall Avenue between 71st Place and 73rd Place in Glendale, which runs along the rail corridor, had become overcome with weeds and a popular trash dumping ground. Citizens United for Railroad Environmental Solutions (CURES) and the Glendale Civic Association teamed up for a cleanup effort.

The effort was funded by a $1,000 Love Your Block grant, which is operated by the Citizens Committee for New York City.

After the cleanup, however, organizers discovered severe drainage issues along the street. In an effort to mitigate these issues, Council Member Elizabeth Crowley (D-Middle Village) is asking the city to install more catch basins along the area.

Currently, only one catch basin serves the five-block stretch, which creates flooding issues and dangerous standing water that becomes a breeding ground for mosquitos and other insects, Crowley said.

“As part of the Edsall Avenue cleanup project, it is important that we address the lack of proper drainage along this street. Another catch basin is a simple, yet critical fix that will improve the quality of life here and prevent health issues in the future,” Crowley said.

CURES and the Glendale Civic Association are moving forward with the cleanup effort. On October 15th between 10 a.m. and 2 p.m., volunteers will begin planting the strip to completely transform the area into a vibrant community garden. On October 29, a celebration will be held on the street to commemorate the community’s hard work.

One of CURES’ main missions is to stop and reverse degradation along rail corridors. During the spring, the group teamed up with the Farmers Oval Civic for a similar cleanup along Shaler Avenue.