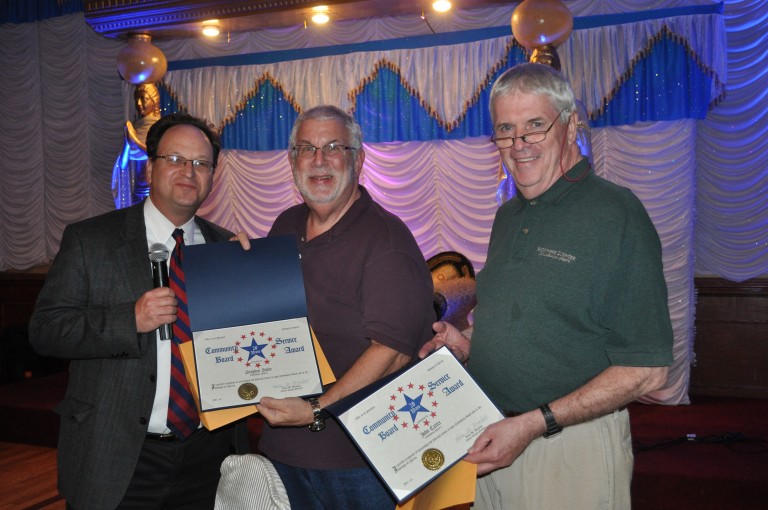 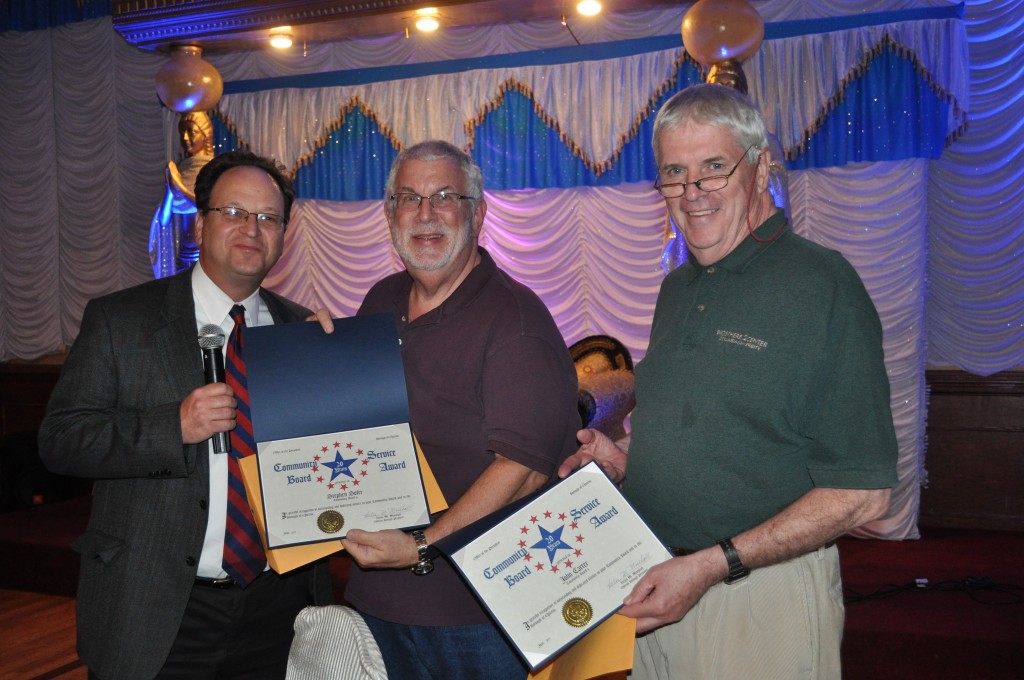 A proposal to change a repair bay into a convenience store, an approval to install speed bumps on two local streets and honorary awards given out to board members highlighted the Community Board 9’s monthly meeting held at Royal Indian Palace in Richmond Hill.

The main item on the agenda was a vote to convert an automotive repair bay at 108-01 Atlantic Avenue to a 24-hour 7-Eleven convenience store.

The original motion was to let the store operate at the location for a one-year trial period to see how it affects the surrounding neighborhood. But Evelyn Baron, CB 9 member and chairwoman of the board’s Health and Social Services committee argued the board should vote on the same legislation minus the time limitation, saying that there’s no reason why there should be a time constraint on the new store.

After a back and forth debate about the store and what it would bring to the community, the board voted 20-17 to pass Baron’s motion and let the store operate without a time restriction.

Baron said that 7-Eleven is a reputable company and that she doesn’t see how it could bring trouble to the area.

“Show me how it’s a hangout?” said Baron, responding to some board members concerns that the store could become a late-night hangout spot. She added that just because the store would be selling beer, does not make it any more likely for it to be a problem to the community.

In contrast, Sylvia Hack, co-chair of the Land Use Committee who voted against Baron’s motion, said that she would not want to live next to a 7-Eleven and that the people that voted for the motion are too busy thinking about a corporate entity.

“[The board’s role is] to think about the community, not about 7-Eleven,” Hack said.

Andrea Crawford, chairwoman of CB 9, said that residents requested these humps to deter people speeding on those blocks. After one resident asked where on those blocks the humps would be placed, Crawford said that that decision would be in the Department of Transportation’s hands after they do a survey of the areas.

According to the DOT, the speed bump on 110th Street will take six months to install. The agency added that they have only recently received the speed hump request for 115th Street and they have yet to inspect the location to determine if it’s eligible for a hump. He said that this could take months to determine.

Deputy Borough President Barry Grodenchik stopped by to hand out honorary awards to board members for the time and dedication they’ve given to the board.

Among the honorees were Dr. Stephen Sofer and John Carter, both of whom have been board members for over two decades. One of the longest serving members, Anton Dietrich, wasn’t at the meeting to accept his award, but he has been on the board for 40 years, according to Grodenchik.

Grodenchik said that he wanted to give out this award to make sure these people are recognized for their hard work.

“Believe it or not, people appreciate your service in community boards,” Grodenchik said.

The next Community Board 9 meeting will be on November 8th at Royal Indian Palace on 118-06 Atlantic Avenue in Richmond Hill at 7:45 p.m.