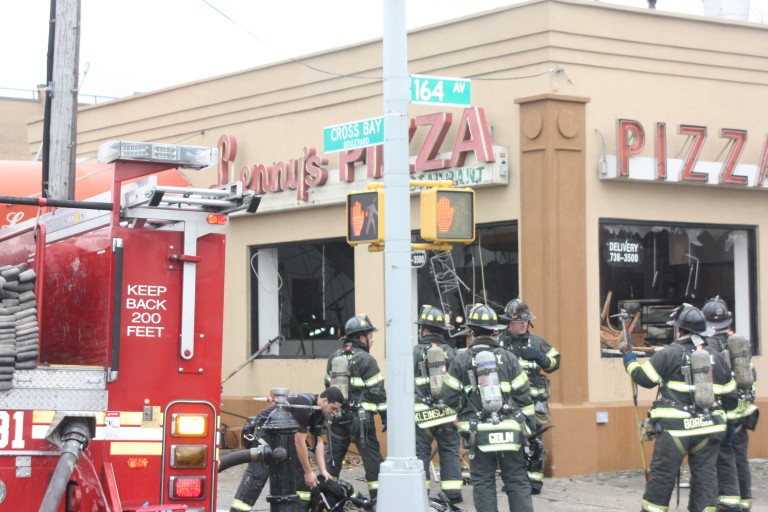 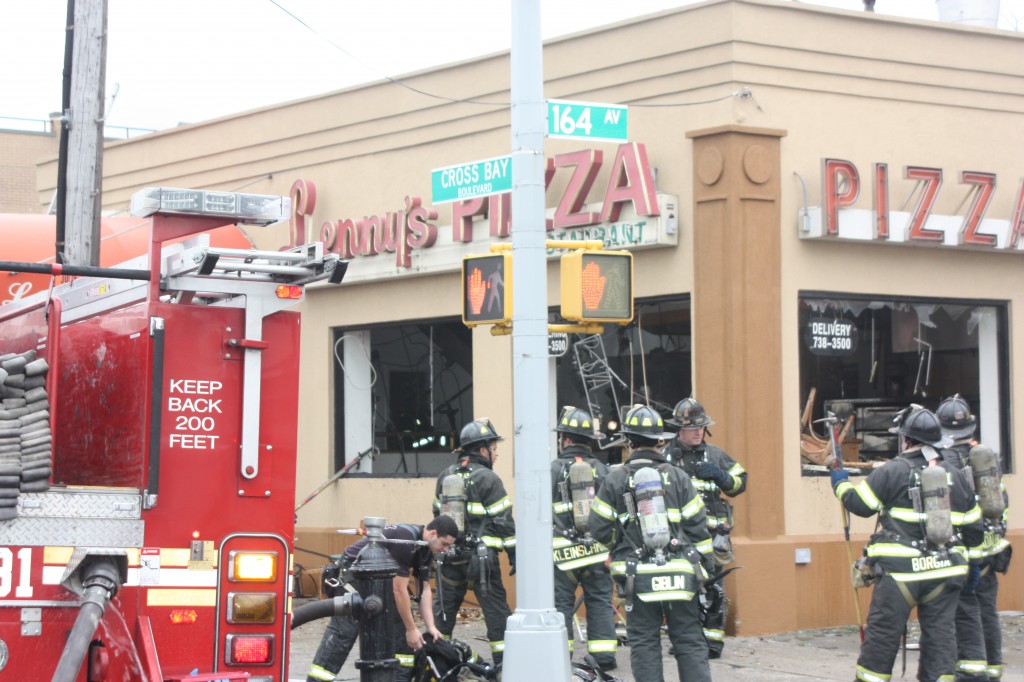 In the second fire at a Crossbay Boulevard business in less than a week, flames tore through a popular Howard Beach eatery on Monday morning, bringing more than 60 firefighters, EMS and police to the scene.

Fire broke out at Lenny’s Pizzeria, 164-20 Crossbay Boulevard, before 8 a.m. in what was described by a fireman at the scene as a “very thick ceiling.” Although the cause is still being investigated, firefighters at the scene speculated that an electrical problem might have caused sparks in the ceiling, igniting the blaze.

The fire quickly spread through the restaurant destroying virtually everything in its path, as firemen worked inside the building and from the roof to put the flames down. Every window around the storefront and the glass entrance doors were shattered and the tables, interior booths, ceilings, walls and floors were all claimed by the fire.

Only days before, Splash Laundromat at 159th Avenue and Crossbay Boulevard was the scene of another commercial blaze along Howard Beach’s main shopping strip.

Residents who had gathered near Staple’s parking lot across the street reminisced about a string of nightclubs and other businesses that called the same spot home over the years. Andy Mastrangelo co-owner of the pizzeria walked through the crowd and met with words of encouragement from friends and neighbors.  “It’s more than thirty years that Lenny’s is here,” said resident John Altoona, “now they have a lot of fixing to do to get back open. It’s a shame.”

The beloved neighborhood staple now needs to be completely gutted and rebuilt. One firefighter at the scene said there was “much work to do” but speculated that the business owners Mastrangelo and partner Joseph Cervone could possibly re-open within a few months.