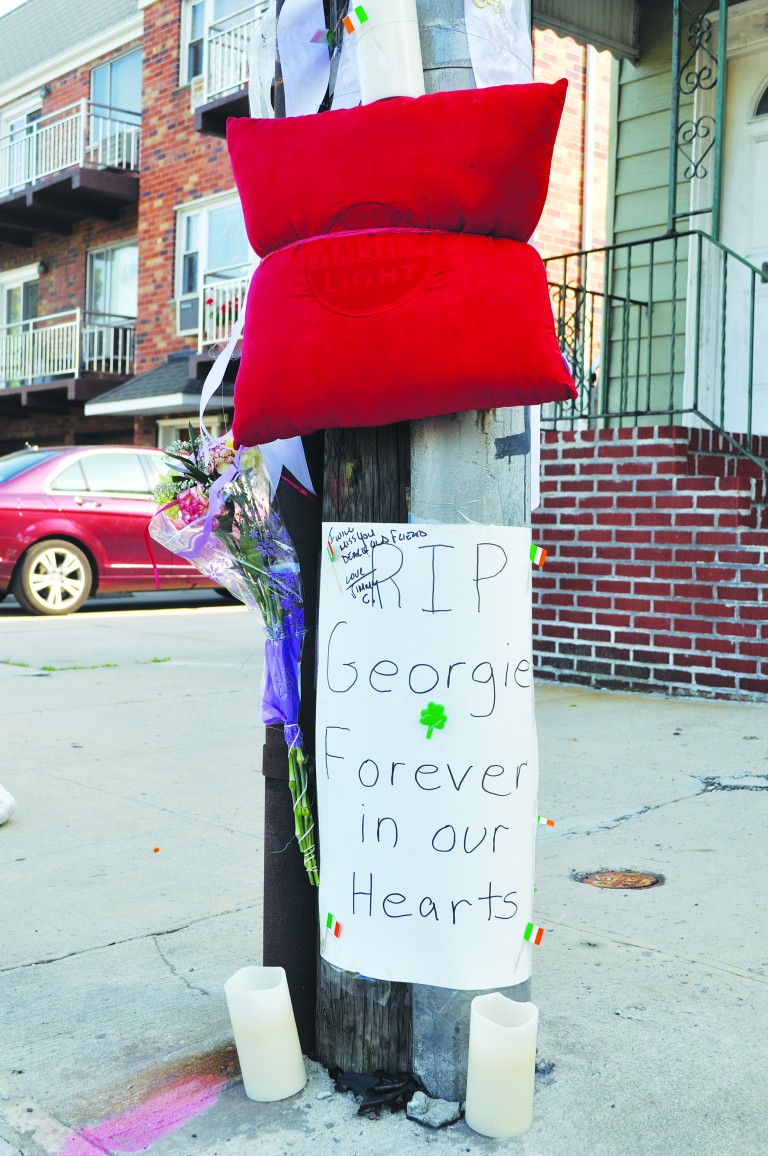 Police are still searching for the driver of the vehicle that crashed into a cab on the Long Island Expressway service road and killed a Middle Village bar owner.

Early Saturday morning, George Gibbons, 37, closed up his Maspeth bar, Gibbons Bar, and called a livery cab to take him to his Middle Village home. Blocks away, a Chrysler Sebring driving the wrong way on the eastbound LIE service road at 58th Road 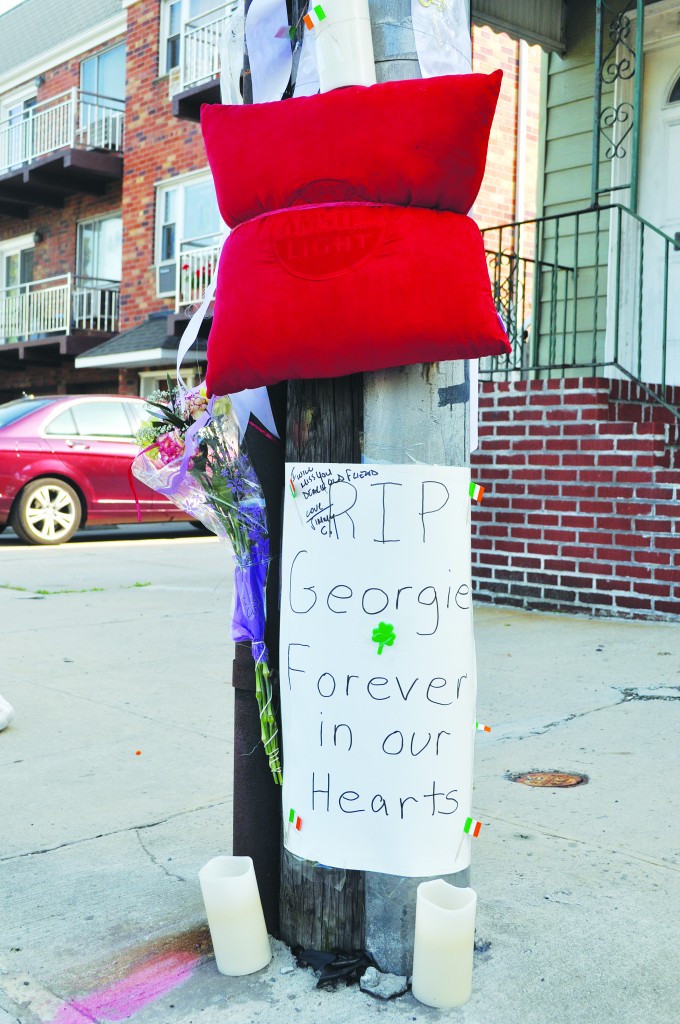 crashed into the cab killing Gibbons.

Police reported that the livery car driver was seriously injured and taken to Elmhurst hospital. According to eyewitnesses, two men fled from the Chrysler, but the passenger returned to the scene to seek medical attention. The passenger was arrested for marijuana possession, police said.

“I heard the boom—just boom, no tire [screeching],” a resident told the New York Post, about the crash.

The crash has devastated the Gibbons family, and on Tuesday, Bernadette Gibbons, George’s sister, made an impassioned plea for the driver to turn him or herself in.

“Turn yourself in because what are you gaining by living your life as a lie? You know, living your life knowing that you destroyed hundreds, thousands of lives because anyone that knew George loved him,” she told 1010WINS’ Mona Rivera. “Just come forward because we will find you.”

According to 1010 WINS, police have interviewed the owner of the car and determined the owner was not involved in the crash. The Post reported that the Chrysler was registered to a Brooklyn woman Angela Kosoi. She said she had lent the car to a friend but refused to identify the driver to the paper.

The crash has devastated families and friends who have described Gibbons as a beloved fixture in his neighborhood.

“Everyone loves him. Everyone looks at him with respect,” Gerard Murphy told The Post. “He does a lot for people in the neighborhood. There’s not a mean bone in his body.”

Funeral mass is on Thursday at Our Lady of the Miraculous Medal Church at 9:45 a.m; internment will be at St. John’s Ceremony. In lieu of flowers, the family is requesting donations to the George T. Gibbons Memorial Foundation.