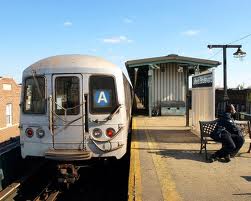 The Metropolitan Transportation Authority (MTA) released results yesterday from its series of customer satisfaction surveys con- ducted annually for all MTA services. These surveys show that overall satisfaction trended upward on subways and buses. Satisfaction in the railroads was adversely impacted by weather-related disruptions and other exter- nal factors. This year’s survey was conducted in June 2011.

On New York City subways, 84 percent of subway customers reported being satisfied with the overall comfort and convenience of using the subway, up six percentage points from last year. Satisfaction with temperatures onboard trains increased five percentage points to 84 percent.

Customer satisfaction with information about planned service changes increased to 76 percent this year from 69 percent a year ago.

Ratings for six of the eight major categories increased significantly: comfort and convenience, safety and security, service reliability, service frequency, cleanliness of subway cars, and information and communications aboard trains.

On local buses, overall satisfaction with service increased to 70 percent from 62 percent last year. The year-to-year in- crease reflects shifts from slightly dissatisfied. The average rating increased from 6.1 to 6.5. on a scale of 10.

For the LIRR, the survey was distributed a few weeks after train cancellations and standing-room-only conditions resulting from a May 7 Amtrak derailment occurred. Overall customer satisfaction decreased to 78 percent from 89 percent last year. Courtesy and responsiveness of LIRR employees retained a high rating of 90 percent, virtually identical to last year’s 91 percent.

On the Metro-North Railroad, customer satisfaction as a whole decreased to 89 per- cent, from 93 percent last year. The overall decrease is driven by issues particular to the New Haven Line, including winter weather challenges, an aging car fleet and track outages. Satisfaction was virtually unchanged on the Hudson, Harlem, Port Jervis and Pascack Valley Lines.

The MTA uses the information learned from the survey to focus resources on areas that need improvement.