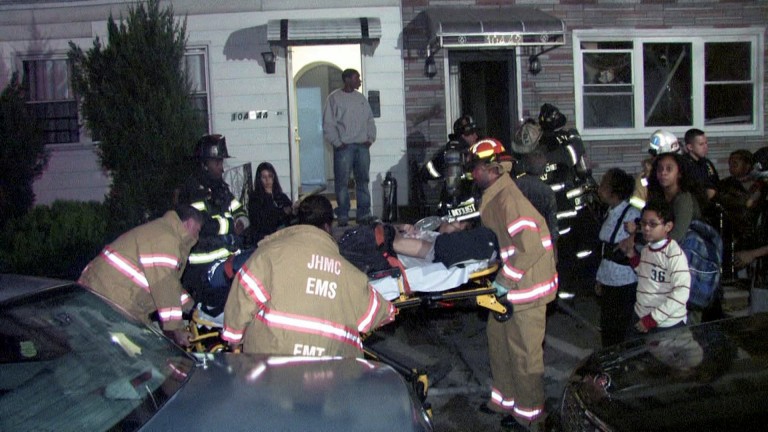 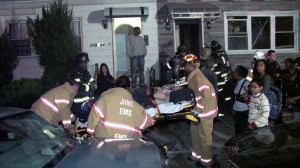 Eleven people were injured yesterday after a fire broke out on the back porch of a home on 91st Avenue in Richmond Hill.

Firefighters responded to a call at 7:20 p.m. and had the blaze out by 7:46 p.m. In that time, 11 people — six civilians and five firefighters — were injured. An FDNY spokesman said all the injuries were minor, but five of the civilians and two of the firefighters were transported to Jamai- ca Hospital Medical Center.

In February 2010, the Department of Build- ings received a complaint about the address, 104- 42 91st Ave., regarding an illegal conversion that subdivided the apartment on the first floor.

An inspector attempted to enter the house twice. There was no answer on the first time, and on the second attempt, she was turned away. The complaint was subsequently closed.

The DOB, did not respond to inquiries about the complaint by press time.

“In general terms, any illegal alteration to a location can make fire-fighting that much more difficult, more dangerous and can directly result in deaths to people inside and firefighters,” said Frank Dwyer, of the FDNY press office.

Houses on either side were not affected by the fire, which was likely spread to the first and sec- ond story by the wind after starting in the back, the spokesman said. The exterior of the house was damaged, and the spokesman was unaware if there was interior damage.

Fire marshals are investigating the cause of the fire. 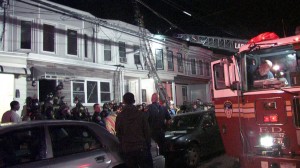