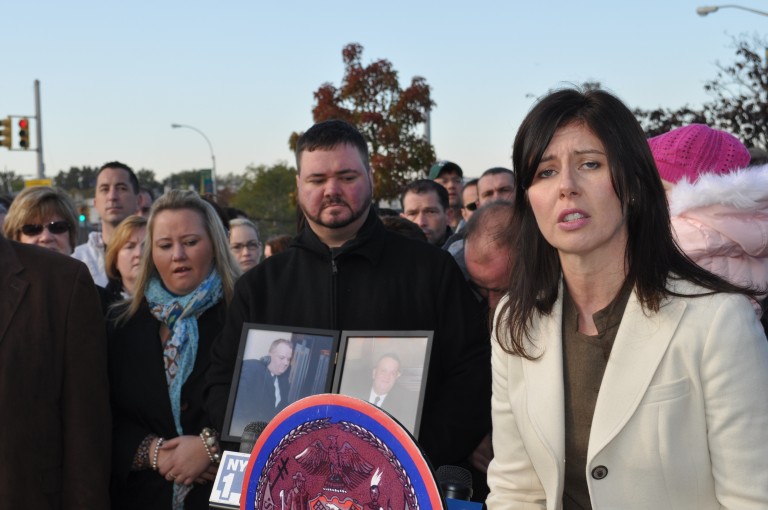 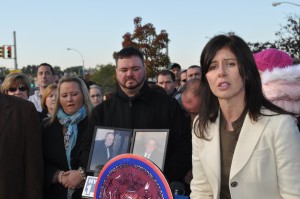 On the heels of the City Council’s overwhelming support of a bill limiting the city’s cooperation with federal authorities to deport illegal immigrants, another civic group has voiced its opposition.

Communities of Maspeth and Ridgewood Together (COMET) is the second civic organization in two weeks to push back after a loud Juniper Parks Civic Association ( JPCA) meeting denouncing the legislation.

The City Council passed Intro 656 43-5 on Nov. 3. If signed into law, the legislation would prohibit the Department of Corrections from holding certain illegal immigrants past their sentenced time for Immigration and Customs Enforcement (ICE) to collect and deport. Mayor Michael Bloomberg and Gov. Andrew Cuomo have both voiced support for the legislation.

Elizabeth Crowley is one of the Bill’s 40 sponsors, and at Monday’s meeting, COMET members grumbled about her backing of the bill.

Her concern mirrored JPCA’s opinion that if someone is illegally in the country, New York should help deport him or her.

Crowley said after the meeting that crowds she’s spoken to are slapping the criminal label on illegal immigrants too quickly. She strove to draw a distinction between someone who crossed the United States border unbeknownst to the government — which is a criminal offense — and someone who overstayed a visa — a civil offense.

“There are people in the audience that say they’re already criminals because they broke the law getting here, but many of them got here legally; they’re just overstaying their visa — which is an infraction but it’s not a criminal act,” Crowley said.

The bill, however, does not draw a distinction between the two.

If someone from either group passes the built- in checks for release and ICE does not file its own case, the detainee will be released.

“The federal government, if they really want to know who is here legally and who is not, that’s their job and they can work with district attorney’s offices throughout the city,” Crowley said. “The only people that go to Rikers that we’re talking about who fall into this category … are just the people that can’t make bail. Is that fair?”

The checklist of illegal immigrants DOC would hold for deportation includes any individual who is a criminal defendant, has been convicted of a crime, has an outstanding warrants, or is identified as a known gang member or found on the national terrorist watch list.

Crowley and others proponents such as Karen Koslowitz (D-Forest Hills) have made statements that the bill will make New York safer by encouraging immigrant communities to report crimes without fear of deporting the perpetrator.

But opponents — including the chair of the Council’s Public Safety Committee, Peter Valone — have vocally contradicted that stance.

“As a former prosecutor, I can tell you that many dangerous criminals who have recently snuck into our country have no criminal record. This policy will only succeed in making our streets more dangerous,” he previously said in a statement.

Councilman Eric Ulrich (R-Ozone Park), one of only five council members to vote against the bill, said, “I don’t know anybody that really believes [this will make the city safer]. My opposition to this bill is concerned primarily with public safety.”

Ulrich argues the bill is sacrificing safety by hindering deportation of possible criminals in an attempt to insert New York into a national debate.

“We are more interested in snubbing our nose at the federal government because we’re not happy with the status quo,” he said. “It’s a misguided attempt to engage in debate or wage war on a national issue.”

Crowley, who chairs the Fire and Criminal Justice Committee, said that the bill gives fiscal responsibility back to Washington.

ICE requested that the DOC detain about 3,506 inmates in 2009; about half of those inmates had no prior convictions. Those numbers held about steady for the first 11 months of 2010 as well.

It costs up to $300 a day to hold an inmate at Rikers Island, Crowley said. If ICE took the maximum 48 hours to pick up all 3,506 inmates in 2009, it could have cost the DOC more than $20 million. She says that’s a major concern for the DOC’s budget, which hovers above $1 billion.

Crowley acknowledged the bill may provide an end around an immigration system she says is broken but insists it’s a local budget and safety issue, not an attempt to work around Washington.

“Rikers Island has enough things to worry about than trying to control the federal government’s immigration policies as well,” Eric Yun, a spokesman from her office said.