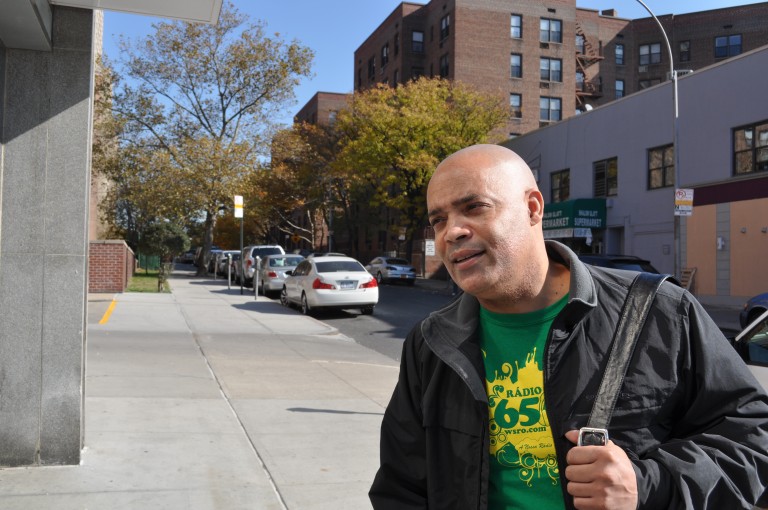 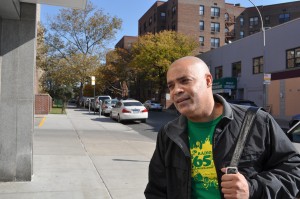 The words ‘quit,’ ‘stop’ and ‘give up’ are simply not in Victor J. Mooney’s vocabulary.

A Brooklyn native and Forest Hills resident, Mooney, 46, has encountered many obstacles through the years in his quest to raise awareness for HIV testing—a cause very close to his heart—particularly in the way of finding sponsors for his non-stop rowing expeditions across the tricky waters of the Atlantic Ocean.

“I’ve gotten rejection letters from Nike, from every big sponsor you could think of,” he said in an interview with The Forum on Tuesday. “And when sometimes, it feels like it’s not going to happen, someone comes through with a piece of equipment. It shows you that you can’t stop, you can’t give up, you’ve got to keep moving to make something happen.”

Since 2006, Mooney has been attempting to raise awareness for HIV and AIDS through what he calls the Goree Challenge, a 5,000 mile-plus rowing voyage across the Atlantic Ocean that starts in the Canary Islands—off the coast of Spain—and ends at New York’s Brooklyn Bridge.

However, while he has received donations of clothing and equipment from various sponsors, there is still one final but very important piece he is missing—the boat, which Brazilian sponsors have agreed to give him at a discounted $10,000 price.

With the aid of a few helping hands from the public, Mooney hopes his fourth try will yield more successful results—and some generous donations towards fighting HIV as a result.

In 2006, when Mooney first attempted the grueling cross-Atlantic trip, his boat sprung a leak, effectively ending his trip after a mere three hours. In 2009, he managed to travel 15 days before his desalination system—which turns sea water into drinkable water— stopped working. And this past February, he got as far as the waters off of Cape Verde in the North Atlantic before a crack in the side of his boat ended his journey.

Now he hopes that his fourth try is the charm.

So far, companies including Globecomm Systems in Hauppauge—which is providing the email and telecommunication sys- tem Mooney will use while on the high seas—have pledged their support for Mooney’s cause. Other sponsors include athletic supplier Columbia and navigation tech company Davis Instruments.

The British Virgin Islands Tourist Board in New York is ready to pledge $10,000 to Mooney’s cause if he makes it to their island, where he will also resupply before he rows towards Brooklyn.

Growing up as one of six siblings, Mooney—an avid rower and swimmer— credits his love of the water to being raised for a time on Long Island with his tightly knit family.

“Growing up in Freeport, the water is your backyard, and I learned to love it,” he said.

Recalling the start of the HIV/AIDS epidemic around 1981, Mooney said that while he was aware of the deadly virus, it was not something he had exclusively paid attention to. That all changed, however, when one of his brothers died of AIDS in 1983.

Even 18 years later, the subject is still an emotional topic for Mooney.

“It’s difficult when you see someone you love go through that,” a visibly choked up Mooney said, recalling the medical treatment that his brother underwent. “You see them taking very large pills— almost horse pills—and you see what they go through. But my experience is no different than any other person with a loved one that’s dealing with this illness.”

After another brother—whose name Mooney also did not disclose—was diagnosed with the disease in the late 1990’s, the Forest Hills husband and father decided that he had to do something. Merging his love of the water with his newfound passion to bring awareness to the HIV epidemic, Mooney began rowing off the coast of local waters around Long Island and New York to raise awareness of the disease.

“It was after one of those trips that one of the New York Coast Guards told me, ‘Hey, you know, if you get a bigger boat, you can go a lot farther,” he said. “That’s where I got this idea to take this trip.”

In preparation for his voyage, Mooney has been training nonstop at the New York Sports Club, focusing on a regimen that includes yoga, cardiovascular exercises, meditation and, of course, time on the rowing machines.

“The mental and the physical [rigors] are the hardest parts of the trip,” he said. “It’s about…when you reach that place when your body says it can’t go any further, reaching down and finding it in you to go further. That’s what motivates me.”

He credits his wife, Suping, for providing him the emotional support he needs for the trip.

“She’s been a big help, she knows how much this means,” he said. “Knowing that I’m going to be that far away, it’s a big help when you have someone who understands that and is willing to support you because she knows how important this cause is to me.”

To find out how to donate to Mooney’s cause, visit the challenge’s website at goreechallenge.com.