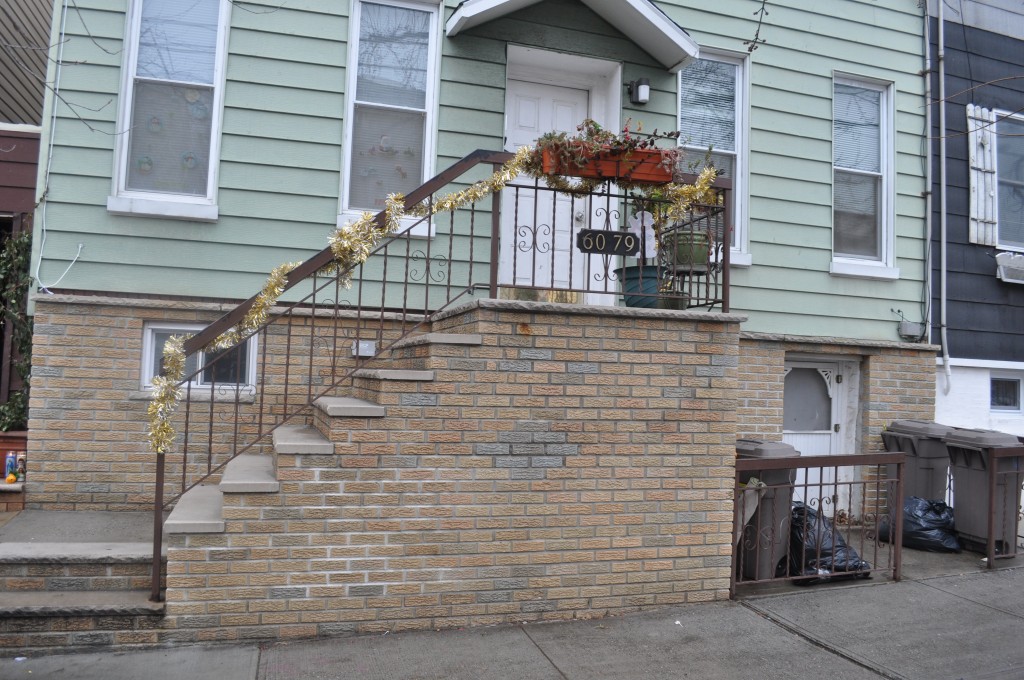 A woman died Tuesday after she and her adultson were brutally stabbed at their Maspeth homein the early morning by her boyfriend, who leapt to his death roughly two hours later in front of a nearby oncoming Long Island Rail Road train.

Police from the 104th Precinct responded toa 911 request for an emergency at 60-79 56thStreet at 6:05 a.m. Tuesday, according to police officials, where responding officers found Maureen Biermann, 43, of Maspeth, bleeding profusely from a stab wound to her neck inside the home, shortly after they found her son, David Mueller, 22, outside their Maspeth home,stabbed multiple times in the back.

While being treated at the scene, Mueller gave police a description of the man—wearing all grey attire—who allegedly stabbed both him and his mother. The man was later identified as Biermann’sboyfriend James Peck, 33, of Glendale,who disposed of the bloody knife in the garden of a nearby apartment before he fled the scene.

Biermann was taken to nearby Wyckoff HeightsMedical Center in Brooklyn, where hospital officials confirmed she died later in the afternoon. Mueller was taken to Elmhurst Hospital Medical Center, where he is in stable condition.

Neighbor Willie Samija told The Forum that security cameras he installed outside his home actually captured the footage of Peck stabbing Mueller on the street on Tuesday, which he had seen.

“He just kept going like this,” Samija said while making repeated stabbing motions with his hand, adding that the inside of Biermann’s homewas caked with blood.

Peck later fled to a nearby train station at the intersection of Fresh Pond Road and Metropolitan Avenue, according to police. Metropolitan Transit Authority police told cops that just before 8:40 a.m., Peck was spotted running in front of, and getting caught under, commuter train#507, which was coming from Oyster Bay and was due to stop in Long Island City. Peck died immediately, and his remains were identified by police through numerous forensics tests.

Neighbors described Peck as a drug addict with behavioral problems who had been in an abusive relationship with Biermann for some time, having apparently broken her leg at one point earlier this year.

Some time after Peck allegedly broke Biermann’sleg, neighbors urged her to seek help.The couple had apparently been to counselingbefore the Tuesday stabbing, one neighbor said,and Biermann’s daughter, an unnamed womanwho attends college in Brooklyn, had apparentlyobtained a restraining order against Peck while she was living at the home with her mother.

Biermann’s daughter no longer lives at the home, neighbors said.

One neighbor speculated that the stabbings might have been the result of a lover’s quarrel.

Teofilo, who knew Biermann for years, described the Maspeth woman, who apparently worked for a post office in Brooklyn, as a “sweetwoman” who loved her dog. Samija, also a longtime acquaintance of the woman, said that he and his wife—also a postal worker—used to invite Biermann over for barbeques often.

“She was a nice woman who got involved with the wrong person,” Teofilo said.

Biermann’s dog is now in the care of several neighbors, Teofilo added.