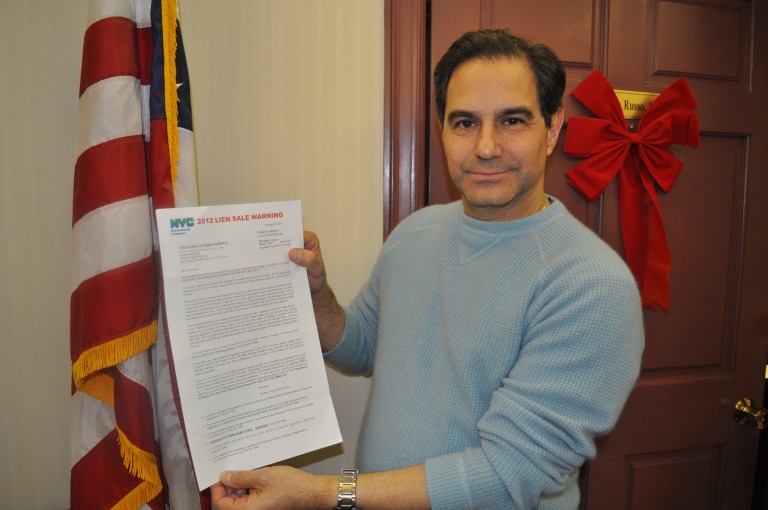 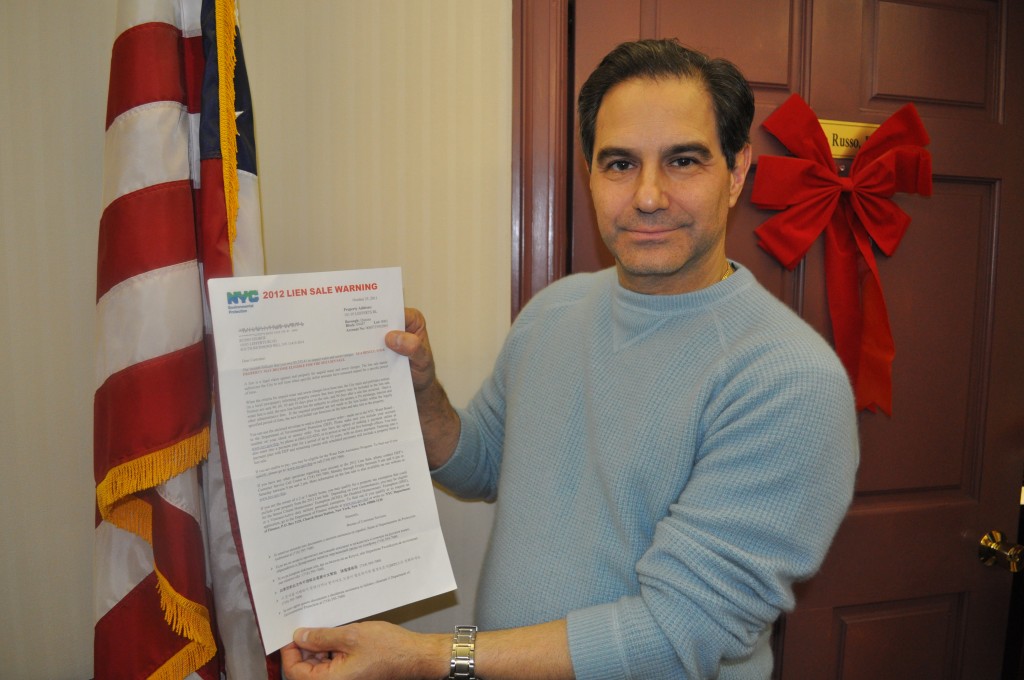 George Russo says he would have noticed 59,000 cubic feet of water gushing into his building in Richmond Hill. The Department of Environmental Protection disagrees.

Russo runs his law practice out of a building he owns on Lefferts Boulevard and rents it out to several other commercial tenants. Since the first quarter of 2010, he’s been trying to dispute a $4,022 water bill charging him for ten times hisnormal amount of water use.

He’s had no luck yet.

“When I got this bill, I said ‘there’s something wrong here’,” Russo said.

Since 1992, Russo said his water usage was consistently around 5,000 cubic feet of water per quarter, which cost him about $700.

Around the beginning of 2010, the DEP installed a new meter on Russo’s building. The quarter immediately following, March 1 to May26, is when the DEP said Russo’s water usage mysteriously multiplied by 12. After that quarter,Russo’s water use went right back down to about 5,000 cubic feet a quarter.

“Doesn’t that scream out that there’s a major problem?” Russo said. “I mean, I didn’t have aleak. I didn’t change my tenant base. I didn’t add a bathroom. It’s not like I’m an absentee landlord.”

Russo did the logical thing and called to find out why his bill was so high one quarter and back to normal the next. The DEP advised him to file a formal challenge.

He’s done so — twice — once in August and again in May. Despite Russo’s record of bills showing an enormous spike one quarter and areturn to normal the next, he’s gotten nowhere.

“Within two weeks I get a letter back from DEP saying, ‘We checked the meter and the meter’s working and it’s fully functional. Your appeal isdenied,’” Russo said. “It’s crazy. They’re just telling me, ‘We sent somebody out, he checked the meter, it’s OK. Send us our money.’”

Russo has continued paying his water bill except for the $4,022 notice he says is unjust. Now he’s risking the DEP putting a lien on his building.

A DEP representative, Farrell Sklerov, said thenew meter Russo thinks caused the spike was actually the second adjustment made to the meter.

In March 2009, the DEP installed a new meter on the building that sends them readings automatically.The meter was reading correctly, but somewhere in translation, DEP calculated the bill wrong, Sklerov said, only charging Russo$80 to $90 per quarter for a whole year.

Sklerov insisted the meter was accurate but theDEP occasionally has calculation errors like this that end up undercharging customers until they find the error and correct it, with a jarringly large bill.

“This is not the first time this has ever happened,”Sklerov said. “He’s not being asked to pay any more than he was paying prior to the new meter being installed.”

Russo said that because there’s zero motivation for the DEP to admit any mistake, he’s torn onwhat to do now. He could keep fighting, which would take him into the legal realm where he’d have to file a lawsuit contesting the bill — or he can just pay the $4,022, which is likely to be cheaper than any legal fees.

For now though, he’s going with option three: He’s attacking the problem politically.

At a small business roundtable last week, he asked City Council Speaker Christine Quinn to look at his conundrum along with State Assemblyman Joseph Addabbo, who Russo approached months ago.

“Our job in government should be to create policies to help our city’s small businesses flourish and keep New Yorkers working,” said CouncilSpeaker Christine C. Quinn in a statement. “The Council created a regulatory review task force togo through the entire administrative code to find contradictory and punitive rules that don’t make sense, and remove them from the books. So far,we’ve set up several initiatives to ensure that Government is not a road block for small businessesincluding the New Business Acceleration Team,which removes unnecessary regulations on newbusinesses, and the 7 Credit Ready Credit Fairs we hosted this past year in all five boroughs.”

Russo said some individual political oversight might just help him, but it doesn’t solve the problem.

“Maybe there’s a chance that a little pressure from someone higher up in government can assist me. But that’s not the way it should be,” he said. “If I’m not in that meeting or I’m not involved in the community, does that mean I don’t get a chance to challenge that bill? Naturally the problem that you have with the DEP is they’re the judge and Jury,” Russo said. “I have to appeal to the very agency that’s giving me the bill.”