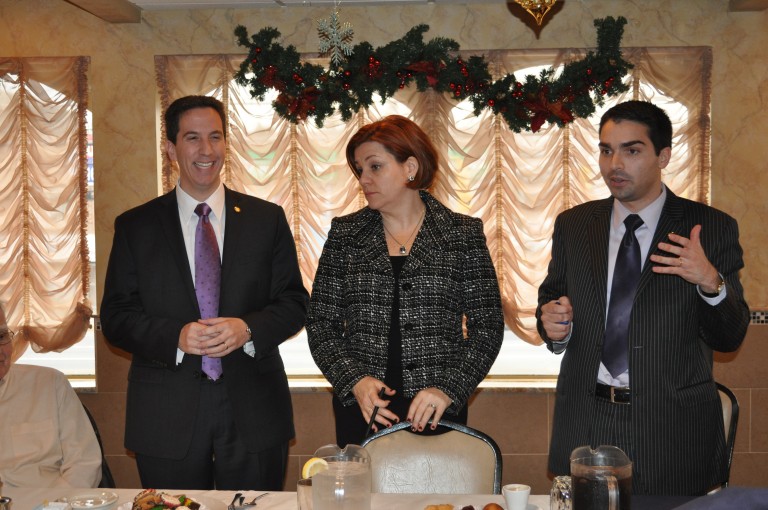 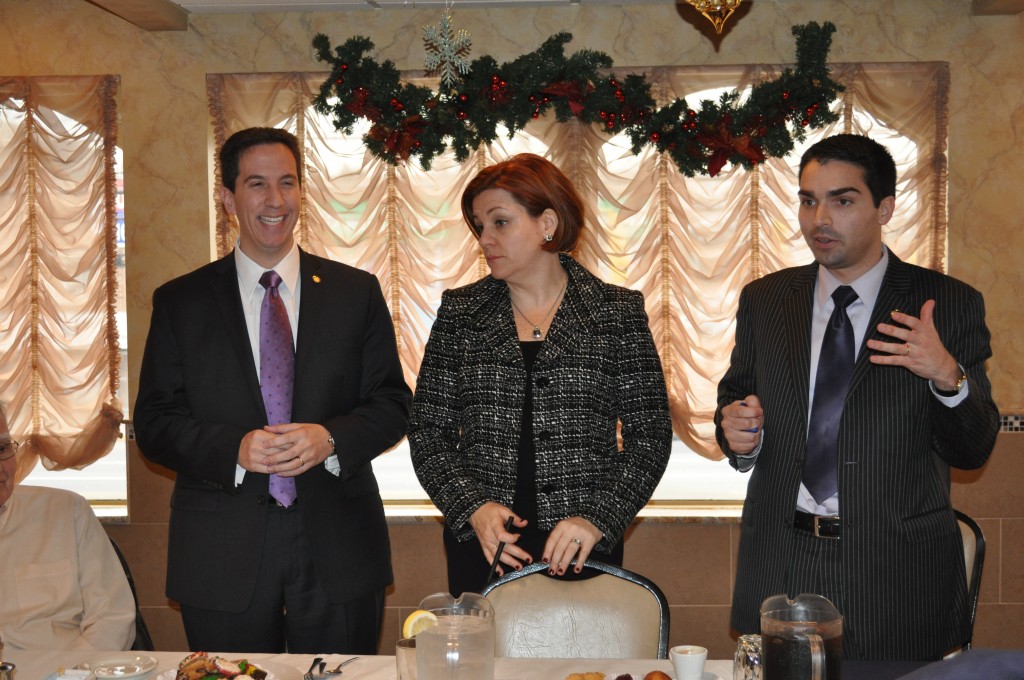 Councilman Eric Ulrich opened the event telling the room filled with small business owners and civic leaders he and his city hall colleagues are very concerned with local economics.“When it comes to jobs and helping small businesses there is no Democrat or Republican way, there is just a right way,” Ulrich said. “And I believe that under the leadership of Christine Quinn we are doing things the right way.”

With the stage set by Ulrich, Quinn immediately made her priorities clear, “we are trying to make it easier for businesses to get open and stay open.” But she went on to refer to the bureaucratic cesspool entrepreneurs have to face while trying to set up or actuallydo business in the city.

According to Quinn, any business owners can face major woes with the city, but it appears that restaurants are particularly hard hit, often facing fines for what seems to border on the absurd. She offered the example of a restaurant owner that had contacted herabout a health department fine issued for a fly. “The woman explained that the fine for a fly was $350—for just one fly!” said an exasperated Quinn. “But the most outrageous part of it,” continued the Speaker, was that therestaurant owner got a second violation for a fly in another part of the establishment. Can anyone tell me how the inspector knew it was a different fly?”

The typical frustrationsof small business ownersthroughout the city continueto plague their attemptedclimb back up the economicrecovery ladder. Quinn’s hopefor the future is that she canimplement business savingchanges with the upcomingrevision of the city’s administrativecode. One of her primary goals is to eliminate wasteful red tape and have amore streamlined flow of informationand regulation utilizingpoint people and eliminatingthe need for business owners to dealwith so many city agencies—whose policies,she pointed out, often conflict with one another.

Popular opinion among business owners says the health department grading system is far more concerned with raising money from fines than it is about the health and safety of New York diners. But the Health Department is not the only culprit according to Herbert Duarte, owner of Saffron, a tapas restaurant on Crossbay Boulevard. He was fined $10,000 last year by Fire Department officials for allegedly having too many people in his restaurant for a party. “I have 75 seats,”Duarte told The Forum, “and there were 67patrons in the restaurant at the time.

”The former corporate chef was forced to hire a lawyer who had his fine reduced to $1,500.“Am I supposed to be happy?” Duarte asked.“I saved $8,500 off the original fine and I had to pay legal fees in addition for something In ever did.”

After listening intently to Duarte’s saga,Quinn referred to the health department as a “goddamend nightmare.” Quinn offered encouragement to those present vowing to make the changes necessary and explaining measures taken by the Council. She outlined the provisions of a regulatory review task force formed by the City Council that has created key initiatives that should aid inmaking the city’s enforcement process clearand fair.

The Speaker also defined several other programs in the works such as NYC BusinessLink which will seek to coordinate and streamline the inspection process and the New Business Acceleration Team (NBAT), a pilot program launched in 2010 to help entrepreneurs open new business. Part of NBAT function would be to work with qualifying businesses to schedule and coordinate mostplan review appointments and required inspections. In addition, attendees were providedwith a resource packet that included aguide for small businesses in need of credit.

“We have an enormous task ahead of us”,Councilman Ulrich told The Forum, “and we owe it to everyone in this city with the good intentions of operating reputable business to make sure we are successful in our efforts. With Quinn behind the project, Ulrich says small business owners can be confident things will be accomplished moving forward.