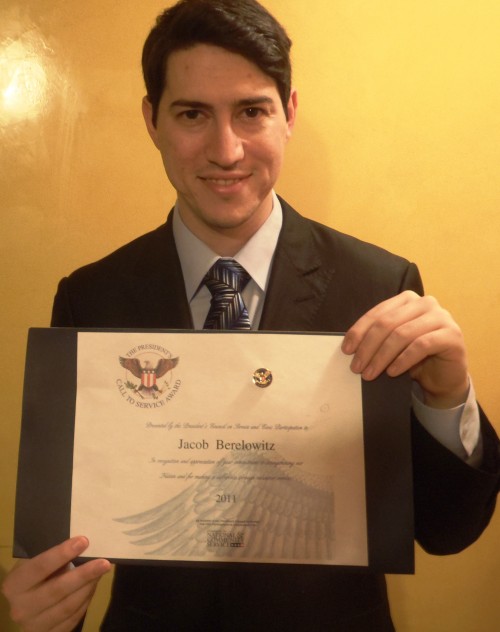 On Jan. 16 the Ozone Park native will receive the Lifetime United States Presidential Volunteer Call To Service Award, for contributing over 4,000 hours to volunteering in community service.

Still far from even being middle aged, Berelowitz is being honored because his—so far short—life has been dedicated to a cause he holds dear, demystifying mental health and getting help to individuals and families who might not even know they need it.

That’s what led him to found Talk Therapy TV, a monthly broadcast on Queen Public TV that Berelowitz starred in and produced. But Berelowitz didn’t anticipate the demand his show would generate, and it soon became a weekly offering. 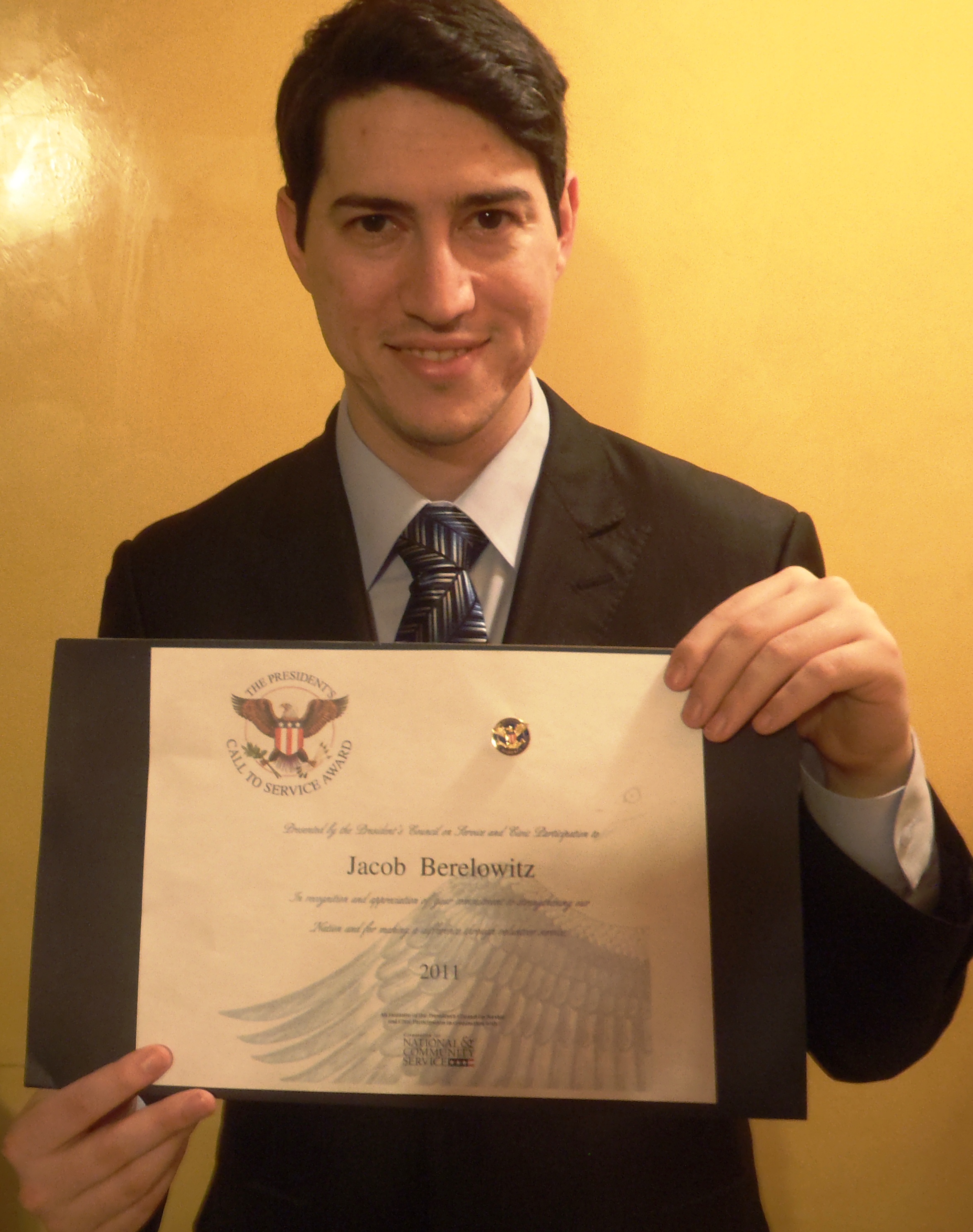 “Coming from the perspective of a mental health professional, the need was just so great,”said Berelowitz, who has his Master’s Degree in social work from New York University School of Social Work. He noted that up to 60 percent of people with a mental health condition never get treatment. “What I discovered is that people really needed more information about warning signs so people could catch it earlier.”

In 2010, Talk Therapy TV grew into a network of shows that are now broadcast all over New York City and Long Island through five public access and community channels. It’s now a 501(c)(3) nonprofit that has started making connections across the country and influencing mental health on a national stage.

“Right now I pretty much devote all my time to this,” Berelowitz said.

This October, Berelowitz helped kick off the idea of a statewide mental health awareness month with an event he organized from the ground up at the Intrepid Museum.

Berelowitz said that at 27 he’s surprised he’s sitting down with state senators and assemblymen laying plans to declare this October Behavioral Health Recognition Month and planning the inaugural celebration at the Intrepid.

He said the progress he’s seen toward spreading awareness is a huge reward for his dedication,but some presidential recognition doesn’t hurt either.

“I’m excited about this award. First of all it really is an honor,” he said. “I’m doing the work because I’m passionate about it, but it’s also nice to get a message like that.

”Berelowitz has also partnered on national projects such as the Voice Awards—a Hollywood awards show put on by the Department of Health and Human Services that honors films and TV shows that portray behavioral health and illness responsibly.

Talk Therapy TV is one of only 17 partner organizations that put on the awards, Berelowitz said.

Right now, Talk Therapy TV is focusing on expanding its broadcast coverage outside NewYork and Long Island. But it’s part of Berelowitz’s larger plan to spread awareness and encourage as many volunteers as he can, another tennate of the Call To Service Award.

As he puts it, his drive is to get people more comfortable with behavioral and mental health, destroy any stigma associated with it and get anyone who needs it into therapy.

“As far as mental health goes, please tune in, watch the show and get the conversation going,” he said.