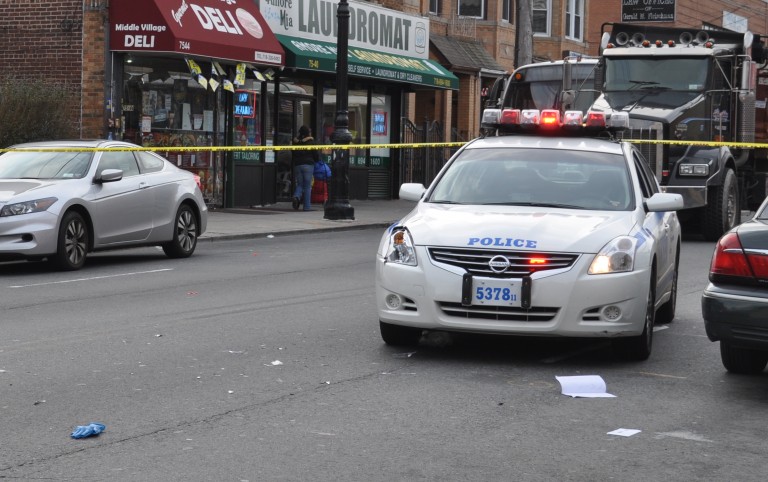 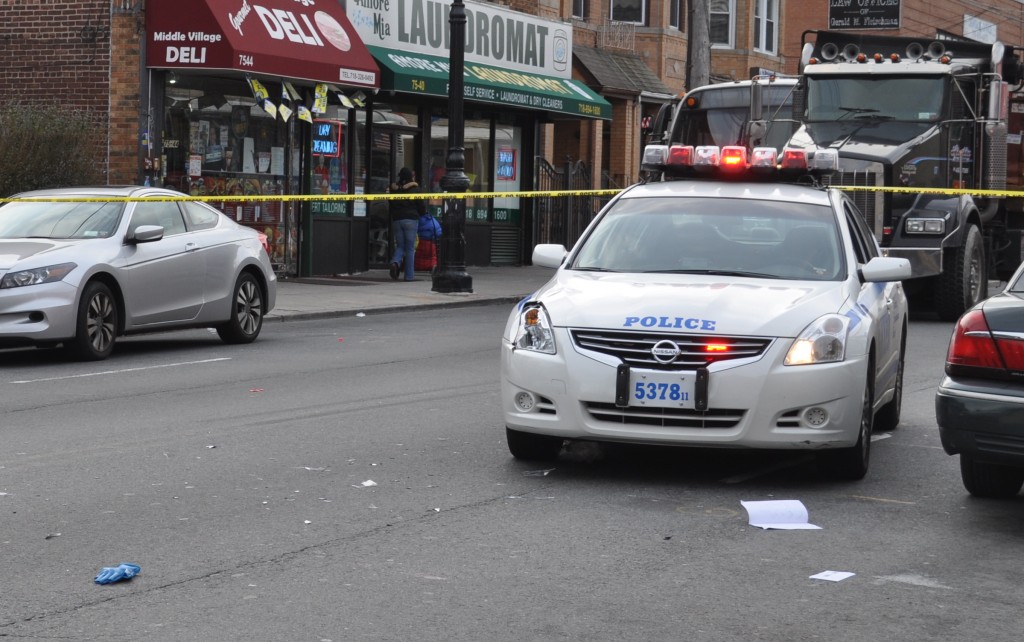 While speeding from one bank robbery to a second just blocks away, a police car hit a man crossing Metropolitan Avenue Thursday afternoon, leaving blood on the pavement and sending the victim to the hospital.

Witnesses said the car was driven by a 104th Precinct lieutenant who was tearing down the road between 78th Street and 79th street without lights or a siren.

Cars were stopped in the eastbound lane, and when the lieutenant swerved into the oncoming lane to avoid traffic, the pedestrian was hit, witnesses said.

Jack Prainito, a baker in Middle Village, was transported to a local hospital with a head injury.

Captain Michael Cody, commanding officer of the 104th Precinct said the same suspect was most likely responsible for both crimes.

Prainito works at a bakery at 75-50 Metropolitan Ave. between the two crime scenes and was crossing the street to go to the store, his boss, Dominic Catalano, said.

The car was mostly undamaged except for a broken right headlight and some debris scattered in the street.

Catalano said Prainito also seemed mostly unharmed. After the incident he was walking around and talking despite bleeding from his head.

“He came out OK,” Catalano said.

Police, however, insisted Prainito be transported to a local hospital.

A Chase bank on Metropolitan, four doors away from the Capital One branch, was also robbed on Saturday, Jan. 14.

Officers at the scene would not release any more details of the incident and could not confirm if the robbery on Saturday was connected to the two on Thursday, Jan. 19.

Any suspect or suspects are still at large.