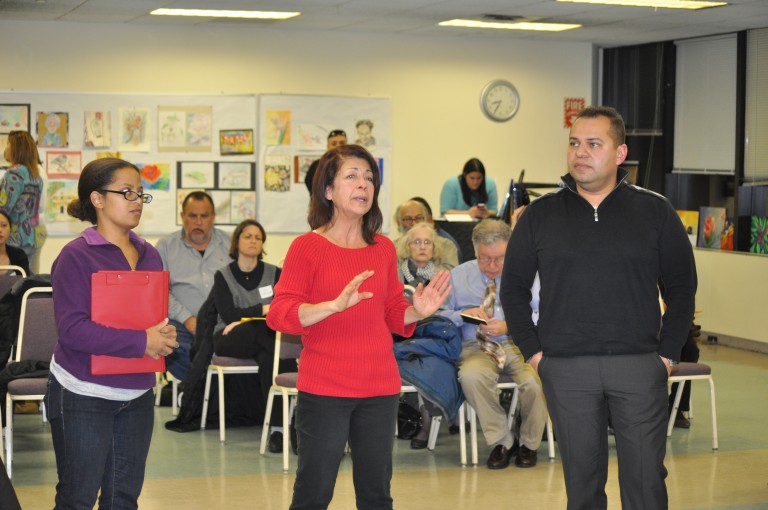 After seeing many cars speed through their area, three Rego Park residents are taking steps to make their neighborhood safer for them and their neighbors.

Jay Pena, Yvonne Shortt and Elvy Schneidman, who all live on Alderton Street and are a part of the Rego Park Green Alliance, are hoping to get the Neighborhood Slow Zone, a community-based program offered by the Department of Transportation (DOT), which adds safety measures including lowering the speed limit in an area from 30 mph to 20 mph. 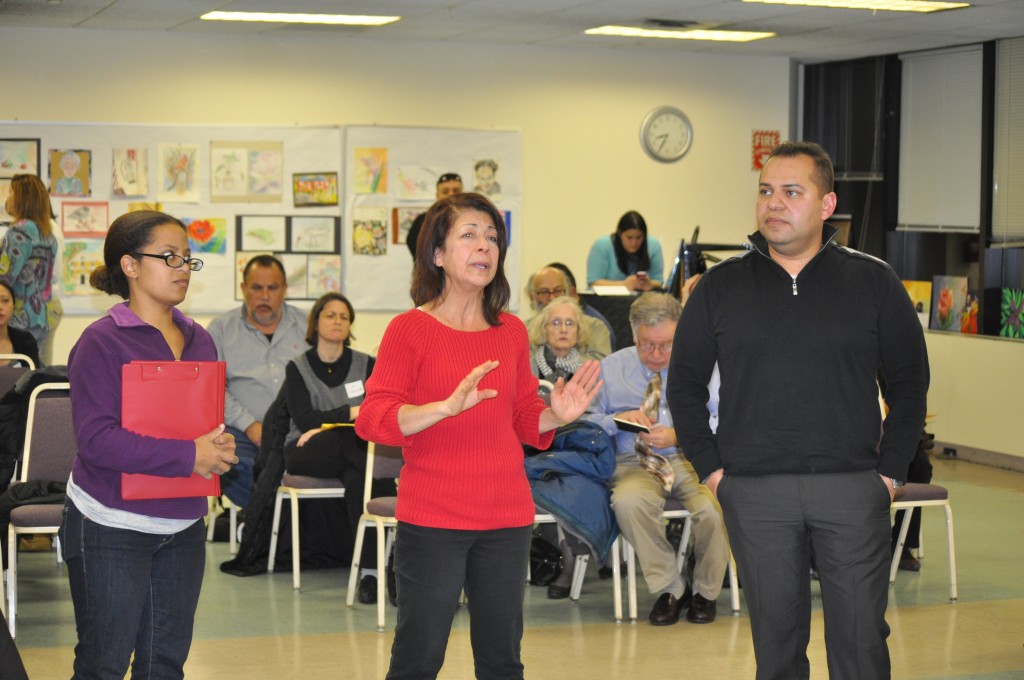 According to Pena, the reason that they want to get the slow zone for that area is because he notices that people who want to avoid the traffic lights on Woodhaven Boulevard and Eliot Avenue use Alderton Street as a thruway to save time. Pena said that he’s seen cars speed down his block, which he says poses a danger to residents and children who go to nearby P.S. 139.

“The cars are very wreckless,” Pena said. “There hasn’t been an accident that I’ve seen, but there have been a lot of close calls.”

In order to drum up support for their cause, the trio has been in the potential slow zone area getting signatures for a petition they created. According to Shortt, they, so far, have gotten about 180 people to sign the petition including getting support of some local businesses, as well as P.S 139 and Resurrection Ascension, another school in that area.

There is also a certain criteria that a proposed slow zone area must meet in order to be granted the safety measures.

According to the DOT’s website, when applying for a slow zone proposal, applicants should: pick a location that is approximately a quarter square mile (around five by five blocks) in area, pick a location that is primarily residential, avoid wide, major streets, industrial and major commercial areas within the zone and choose strong boundaries, which include highways, large parks and dead end streets.

They also have to include in their application a list of all institutions and transportation facilities within the zone. This includes schools, daycare centers and subway stations.

Finally, applicants also have to show that their proposal is supported by people in the community. According to DOT, applications that have key community members, which include the local community board, police precinct and local elected officials, are given priority.

Pena, Shortt and Schneidman met with Councilwoman Karen Koslowitz (D-Forest Hills) on Tuesday morning regarding their slow zone application. According to Shortt and Pena, the councilwoman has agreed to write a letter in support oftheir proposed slow zone area, which they can include in the application they submit to DOT.

Koslowitz said that she also asked them to submit a list of car and ambulette services that speed on their block so that she can write a letter to those businesses telling them to stop speeding.

Shortt was satisfied with how the meeting with the councilwoman went.

“She seems very passionate about our cause,” she said.

Koslowitz said that she knows that neighborhood has been a haven for speeding cars and she commends the trio for getting involved in their community.

“I want to do whatever I can to help them,” Koslowitz said. “That area isn’t as safe as we would like it to be.”

The deadline to submit the application is Friday, Feb. 3 and, if approved by DOT, construction for the slow zone in that area would begin this summer.