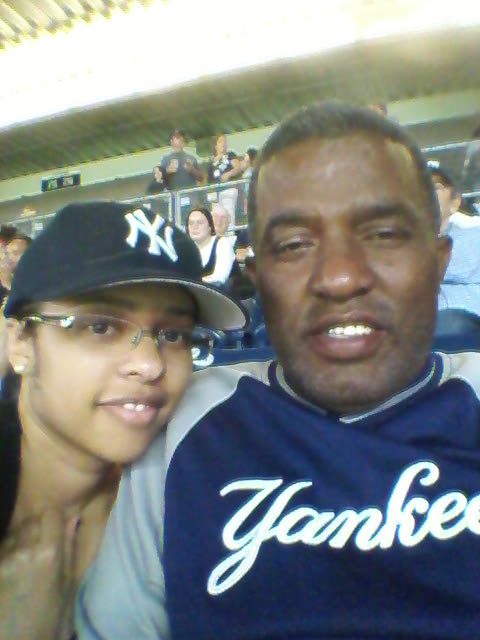 Inside her Woodhaven apartment, where she and her mother, Oneida, live, Ismelda Rosario, 24, remembered her late father, Carlos, as a hard working man with a few joys in life—his family, his Dominican Republic roots, and watching New York Yankees baseball.

“He was a huge Yankees fan,” Ismelda recalled with a small smile; so much so, in fact, that Ismelda had given the Dominican Republic-born man and owner of Bushwick Tire Shop tickets to a Yankees game as a present on Father’s Day this year – the last Father’s Day she would ever spend with him.

“He was so happy when I gave it to him, because he had never seen the new stadium,” Ismelda said as she remembered that particular Father’s Day.

Having arrived in New York in 1979, Carlos, the third of 18 siblings and a father of three, was constantly busy as he worked seven days a week running his Bushwick Avenue auto shop for 13 years, Ismelda said. Yet, despite his hectic work schedule, he still found the time to take his family on small outings to movies and restaurants and, every now and then, get together with some of his brothers and sisters who still live around the area.

Ismelda remembered that her father often had the same routine before he went to work in the morning, to get dressed, grab a quick breakfast, and then head out to work. It was that same routine, Ismelda said, that he followed on the morning of Nov. 20, the last morning that

she saw him alive.

“I was heading out and I said, ‘Okay, I’ll see you later,” Ismelda, who is studying  public administration at Baruch College, said as she recalled that morning.

Hours later, around 11:33 a.m., an unknown African American male in his 40s with blood shot eyes entered the 1370 Bushwick Avenue tire shop allegedly looking for hubcaps, Ismelda said she heard from employees who worked at the shop. Suddenly, the assailant pulled out a gun and attempted to rob the store.

After a struggle with the man, Rosario was shot once in the chest, and his assailant fled the scene.

Ismelda later returned home, and was with her mother when she heard the news. “We were called by one of the family and we were told ‘Something just happened.’ But we didn’t know how serious it was,” she said.

It wasn’t until hours later in the afternoon at Interfaith Medical Center in Brooklyn, where the waiting room was packed with relatives and friends waiting on word of Rosario’s condition, that Ismelda was told by doctors that her father had died while being treated.

To this day, Ismelda can still feel the shock. “It just happened so fast,” she said. “I still can’t believe it.”

Roughly two months after the fatal shooting that took Rosario’s life, no arrests have been made in connection to his murder.

And while Ismelda has had frequent contact with the 83rd Precinct in Brooklyn for updates in the case, the young woman said, the idea of her father’s killer still being out there is what spurred her on to taking the next step—reaching out to the public.

“I just don’t want this to become a cold case,” she said. “If there is someone out there who did see him, or who might know something, we’re just asking someone to come forward.”

Her recent visit to the Woodhaven Residents’ Block Association last week is one of several steps Ismelda has taken in asking for the public’s help in finding information leading to the arrest of the individual responsible for Rosario’s death.

“I’ve never really been to public meetings before,” Ismelda said of her visit to the WRBA’s Jan. 21 meeting on Jamaica Avenue. “I mean, I’ve spoken in front of people before, but never at a meeting.”

Ismelda has also been searching the internet for other places to reach out to, having recently been in touch with representatives from the offices of state Assemblyman Michael Miller and city Councilwoman Elizabeth Crowley.

She is also optimistic that the current $12,000 reward that the New York City Police Department is offering for information leading to an arrest and conviction could go up as high as$24,000 with pending money from the Mayor’s office.

Since the shooting, Ismelda and her mother have been slowly recovering, with help from friends and family, as she looks for another job to help fill the financial gap left by her father’s death.

However, the young woman said she draws comfort from a lot of the stories she heard about her father from friends and old customers of his who attended his wake.

“People came up to me and told me that he had lent them money when they didn’t have any, and how he had done a lot to help them out,” Ismelda said. “He was liked by a lot of people in the neighborhood. I always knew how great he was, but I never had any idea that he was so generous.”

Police have described the suspect as a six-foot tall African American male in his 40s who was wearing blue jeans and an orange jacket at the time of the shooting. Anyone with information regarding this crime is urged to contact Crime Stoppers at 1-800-577-TIPS. All calls remain anonymous; callers should refer to Crime Stoppers Poster Number BK-2126 when calling.