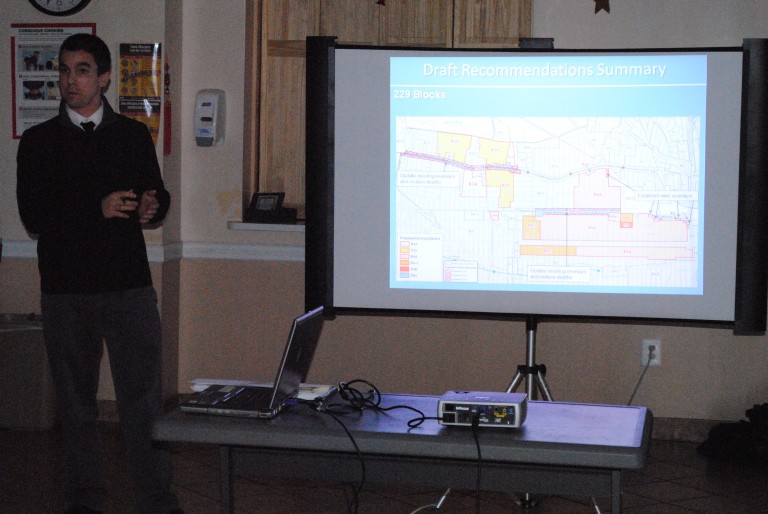 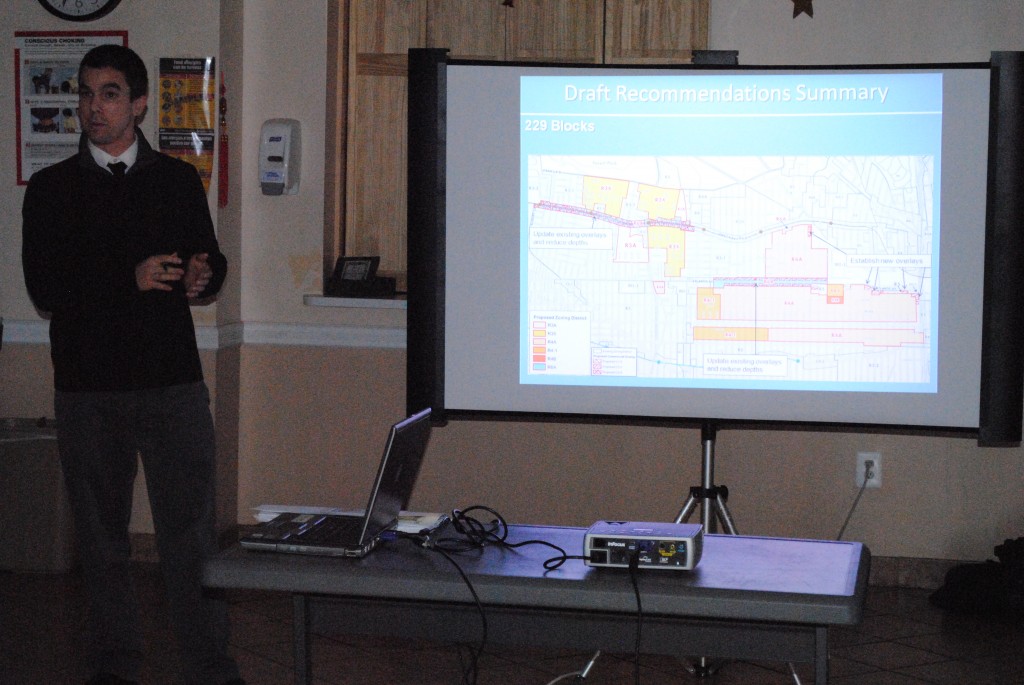 As the city Department of Planning (DOP) prepares to push its rezoning plan in Woodhaven and Richmond Hill, Woodhaven residents were greeted to a preview of the current plans on file Saturday at the Woodhaven Residents’ Block  Association regular meeting.

Brandon Pillar, a DOP representative, fielded questions on the proposed plans from Woodhaven residents on how the rezoning proposal would affect them.

The proposal would affect a 229-block area in Woodhaven and Richmond Hill, bounded by Park Lane to the north, 103rd Avenue to the south, Eldert Lane to the west and the Van Wyck Expressway to the east.

Originally, the roots for the current rezoning plan came about in 2005 through a request by Community Board 9—which covers Kew Gardens, Richmond Hill, Woodhaven and Ozone Park—when they asked the department to take a look at a proposal.

Pillar explained to residents that the existing zoning around the Woodhaven-Richmond Hill area—currently zoned as R3-A, which allow only 1-2 family detached and semidetached homes, and R5, which permits all housing types—do not provide a greater scale or density for buildings along its two commercial corridors, Jamaica and Atlantic avenues.

According to Pillar, the DOP’s plan to replace the existing zoning with new lower-density zones would help reinforce the neighborhood’s character and establish building patterns, open new development opportunities and support economic development along the area’s major commercial corridors.

At the meeting, Pillar acknowledged that there had been loud opposition to the plan, in particular from the Richmond Hill Economic Development Corporation (RHEDC).

Vishnu Mahadeo, the RHEDC’s president, has previously told The Forum that the DOP’s rezoning plan does not take into account recent census data that illustrated a spike in the area’s Indo-Caribbean community. As a result, Mahadeo stated, the rezoning plans would have detrimental effects to that community, including the limitation of religious structures of certain scales in residential areas.

On the subject of whether more vocal opposition would force his department to alter their plans, Pillar said Saturday that DOP was open to such a possibility, and left open the option for possibly offering an alternate rezoning plan, although the specifics of what would be different in a revised plan were unclear.

“There is sometimes middle ground, but it depends on how reasonable the opposition is,” Pillar said after the meeting. “If there is a strong planning policy behind it, we’ll consider it, and we have considered it. We’ve made several changes to this plan already, and we think that this a better plan to move forward.”

One resident who lives around the affected area asked whether the plan would have any impact on local property taxes. In response, Pillar told residents that the plan would likely help to stabilize property values in the area, based on previous DOP studies conducted.

“Instead of having these unpredictable building types on your blocks, it has the effect of stabilizing those property values,” Pillar said. “We know that has a powerful effect on communities, so that is our primary concern.”

Currently, DOP is still in the public feedback phase of the process. Once the department certifies their plan, which they are hoping to do in March, Community Board 9 has 60 days to hold a public hearing on the rezoning plan, from where the plan would be passed to the Borough President’s office for approval within 30 days. If passed, the plan must be approved by the city’s Planning Commission within 60 days and, from there, the City Council would have the final say on it, which they must give within 50 days.

After the meeting, WRBA member and former president Vance Barbour said that the plan appeared to be a good idea.

“I think it makes a lot of sense,” he said, bringing up a lot on 85th Street—where mostly old colonial and Victorian style houses are, he said–and the land had been sold off and replaced with two homes that did not fit the characteristics of the area. Barbour called the choice “odd,” which is why the plan could fit in well towards preserving the area’s character.