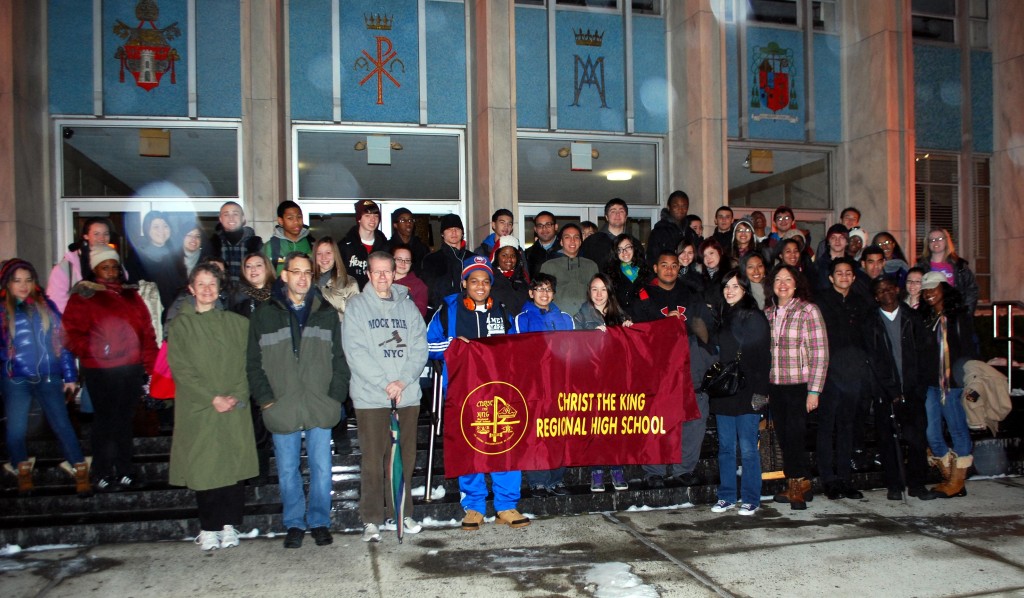 A welcome guest on the bus departing from Middle Village was Msgr. Edward B Scharfenberger, Pastor of St. Matthias Parish in Ridgewood who explained, “One of the organizers from Christ the King is a parishioner of mine and told me of Christ the King’s plans to attend.I was happy they had room for me on the bus for this important cause. Christ the King has always been a part of my family. I had a brother and sister graduate from here and I clearly remember when the school was built and the fundraising efforts involved.” Sharing more about the March for Life, Pastor Scharfenberger said,“This day is not only a religious statement but about the value and good of all human life.”

March for Life is an annual pro-life rally in Washington, D.C. It began in 1974, when protestors wanted to ensure that the anniversary of the Supreme Court’s Jan. 22, 1973 Roe v. Wade decision did not pass unmarked. That same year March for Life was incorporated as a nonprofit, non-partisan, non-sectarian organization.