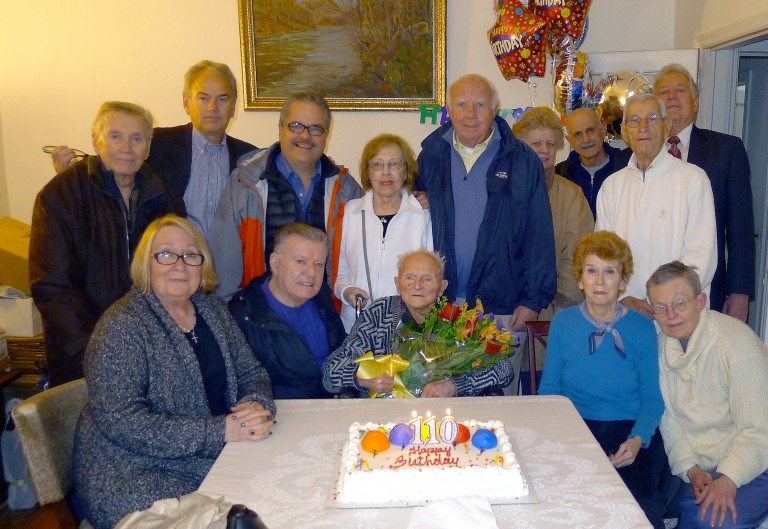 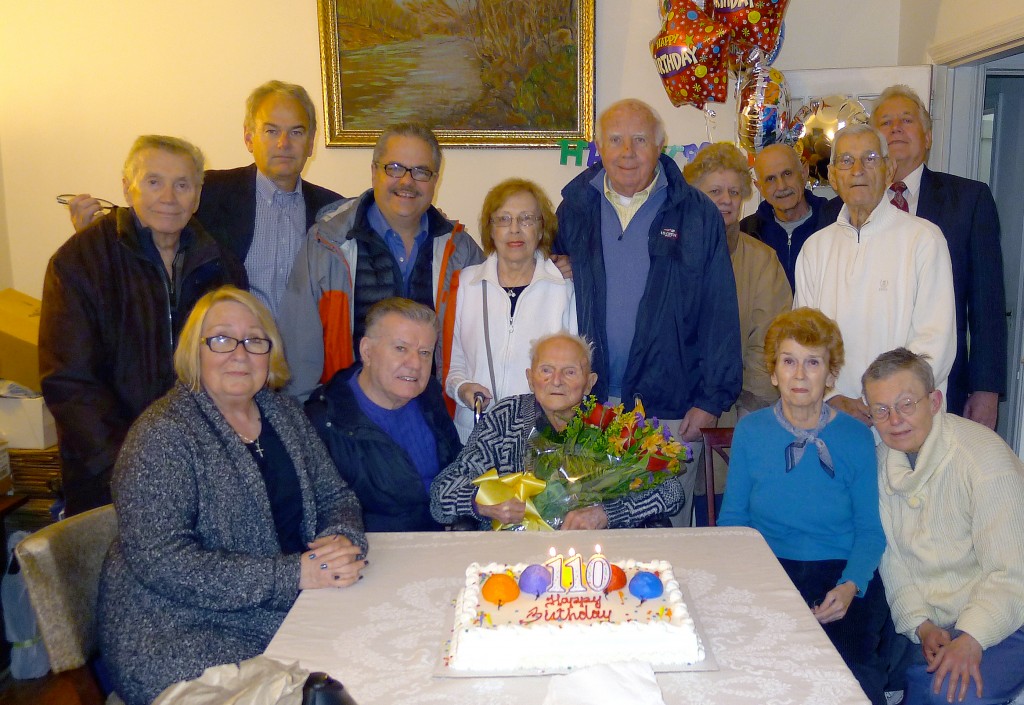 Carl Berner, a longtime civic activist who has lived in Middle Village since 1938, celebrated his 110th birthday at a small party at his home on Friday, Jan 27, hosted by the Juniper Park Civic Association(JPCA) and his daughter, Emily. According to Bob Holden, president of JPCA, Berner is the oldest man in New York City.

Berner, who is one of the original members of JPCA, first immigrated to New York from Stuttgart, Germany in 1928 when he was 26 years old. Ten years later, he bought the Middle Village home he still lives in for $5,190.

As a youth, Berner split time between Germany and France. He attended public school in Germany, where he learned English.

After he moved to the United States, Berner spent five years working as a night-time superintendent for the Chrysler Building in Manhattan. In 1933, he was offered the chance to become a foreign agent for the U.S. government, partly because of his ability to speak German and French. He rejected that offer, instead choosing to open his own toy manufacturing company out of his garage in Jackson Heights.

He initially started making metal toys, but he moved on to plush animals, teddy bears and dolls. According to Holden, Berner worked 16 hours a day building up his toy collection. His toy-making skills later became in high demand by large business owners. He was eventually invited to train younger workers in the toy-making industry until he retired.

Berner has lived in Middle Village since 1938, when he moved to 81 Street with his wife Margaret.

He joined the Eliot Avenue Civic Association, the precursor to the JPCA, soon after moving to the area. He has been an active member of the community since then, receiving many accolades, including from the Department of Sanitation for his work of keeping the neighborhood clean. In 2009, he also got a volunteer of the year award from the JPCA for his longtime community dedication.