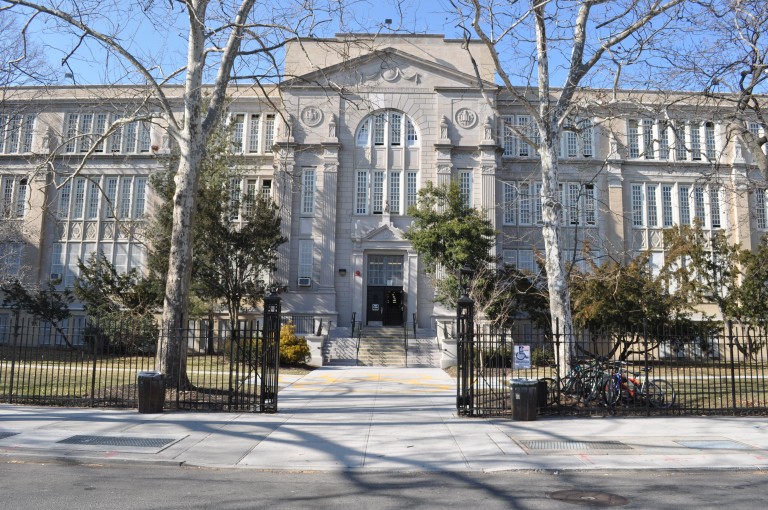 If a city plan goes through later this year, a number of Queens-based high schools could have their teacher staffs cut in half in time for the 2012-13 school year.

The plan is the city’s attempt at fixing the under-performing PLA schools, all of which graded C or lower on the Department of Education’s (DOE) 2010-11 school progress report.

Although the deadline for an agreement passed over a month ago, both James Vasquez,who is the Queens High School representative at United Federation of Teachers (UFT), and Frank Thomas, a press officer at the DOE, said that there are no plans to restart formal negotiations between the two parties.

Kathy Carlson, President of the Parents Association at Grover Cleveland, said that if they lost half of their staff, it would be devastating to the school and to put the blame on the teachers is wrong.

“These teachers give 200 percent,” Carlson said. “To blame it on the teachers is unfair.”

According to Thomas, if the proposed plan goes through, the teachers that lose their jobs would keep their salaries and be available as substitute teachers.

Carol Bouchard, parent coordinator at Richmond Hill High School, said that it would be disappointing for the school if it lost some of its staff and if it had to change its name.

“It’s a shame that there’s a building that’s 100 years old and that it would have its name taken away,” Bouchard said.

DOE has held meetings at each of the schools on the PLA list regarding the plan. Vasquez, who has attended most of the meetings that took place in Queens, said that judging from parents’ and students’ reactions to the plan, they are worried about how it could affect their futures. He added that the students were especially concerned with losing teachers.

“Students have said that these are the teachers that I work with,” Vasquez said. “How can it not affect them?”

But Thomas said that this plan is not a punishment for the schools and it’s an opportunity for them to improve. He added that the city will submit the plan to the state this week.

Queens Borough President Helen Marshall is hosting a community meeting on the issue on Monday, Feb. 13 at 6:30 p.m. at Queens Borough Hall, room 200. Residents are encouraged to attend to voice their concerns to Marshall and Panel for Education Policy member Dmytro Fedkowskyj, who will also be at the meeting.