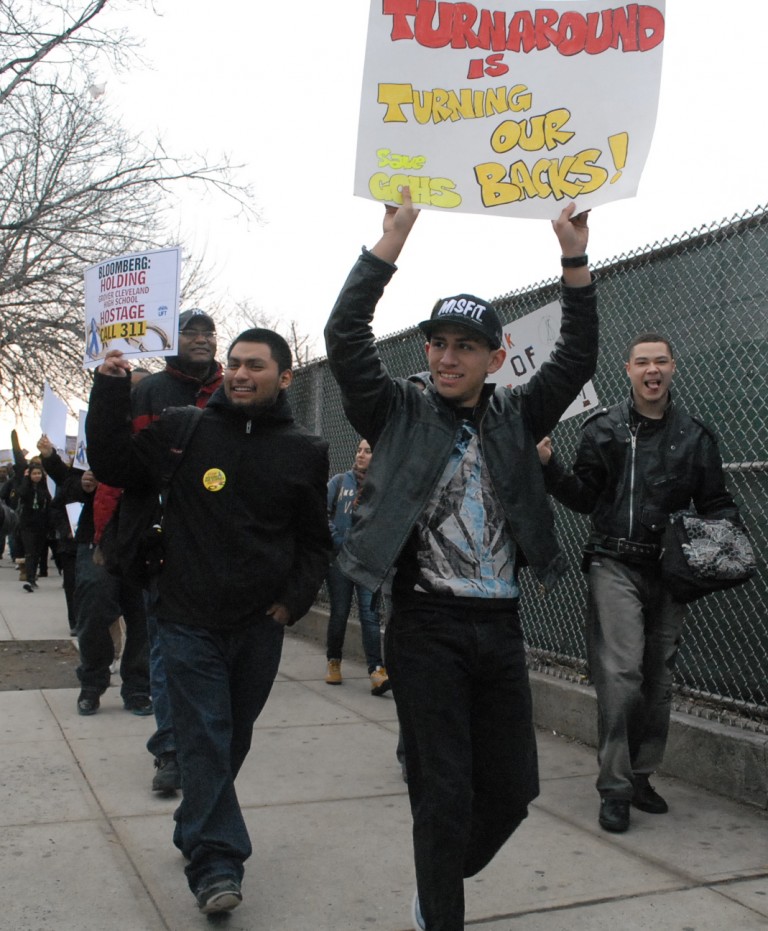 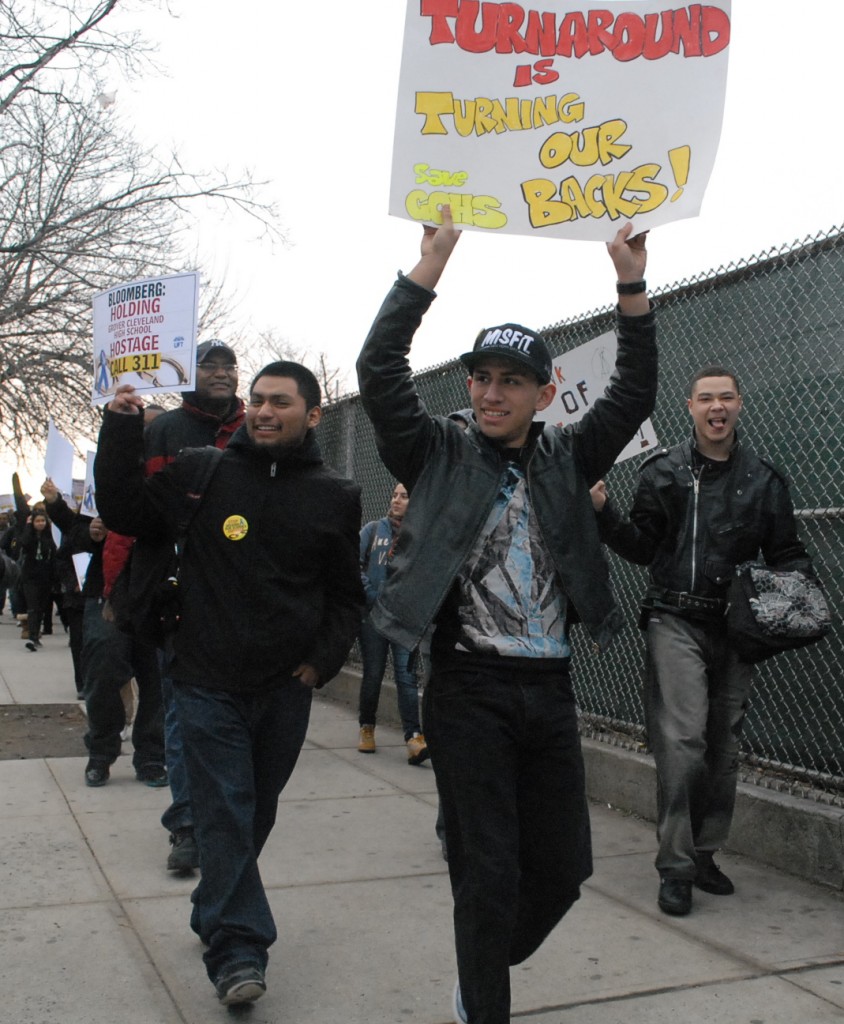 Despite a breakthrough from Albany in the deadlocked debate on teacher evaluations, 33 city schools—including eight in Queens—may still replace half their teachers as part of the contentious turnaround plan.

In the early morning of Thursday, Feb. 16, Gov. Andrew Cuomo and the New York State United Teachers union reached an agreement to implement teacher evaluations for the state. They also hammered out an appeals process that could apply in New York City.

If the United Federation of Teachers (UFT) and Mayor Michael Bloomberg’s administration can agree on implementing an overall teacher evaluation system by Jan. 17, 2013, it will automatically include the state’s appeals process.

The appeal was the most contentious part of evaluation negotiations between the Department of Education (DOE) and the UFT.

On the same morning, more than 100 people rallied outside Grover Cleveland High School in Ridgewood, denouncing the turnaround plan. It would close Grover Cleveland and immediately reopen it after replacing the principal and half the teachers.

Students gathered with their teachers along Metropolitan Avenue where they waved signs saying Bloomberg was
holding their school hostage. They yelled out to motorists to “honk your horn for Cleveland.”

Despite the agreement in Albany and local outcry, Bloomberg made clear after the deal that the turnaround plan is still
moving full speed ahead.

“Let me make two points. First, nothing in this deal prevents us from moving forward with our plan to replace the lowest-performing teachers in 33 of our most struggling schools so we can immediately begin turning them around and giving our students the support they need,” he said on Feb. 16. “And second: While there are still issues that the City and UFT will be discussing in order to finalize an evaluation system, this resolves the lion’s share of the most difficult issues. And the details remain to be worked out by staffs, but keep in mind, the UFT and the city are always talking and there are always things that we are coming to agreements on.”

Michael Mulgrew, UFT president, also issued a statement—praising the governor while taking a swipe at the mayor and Schools Chancellor Dennis Walcott.

“I want to thank the Governor for his efforts to find a similar resolution for the issues that separate the UFT and Mayor Bloomberg,” he said. “Chancellor Walcott’s asserted that the city needed to close 33 [School Improvement Grant] schools because there was no agreement possible on an appeals process for teachers. That process has now been laid out for the SIG schools. Despite this agreement, Mayor Bloomberg still seems determined to close those schools.”

Bloomberg announced the DOE would implement the turnaround plan in his State of the City speech in January.

The 33 NYC schools were picked for almost $60 million in SIG funds because of low test scores and graduation rates. To get the money they had to implement one of four federally approved improvement plans.

The state, however, tied that money to teacher evaluations. No evaluations meant no money. When the UFT and DOE split on evaluation negotiations in

January, Bloomberg said all 33 PLA schools would use the turnaround plan. He argued it counted as a form of teacher evaluations and would therefore meet the state and federal criteria.

With the most contentious issue resolved though, the UFT was hopeful the administration would back down on the turnaround plan.

The two sides still have details to work out before they reach an official agreement about an evaluation system. For now, it’s full speed ahead toward a turnaround.