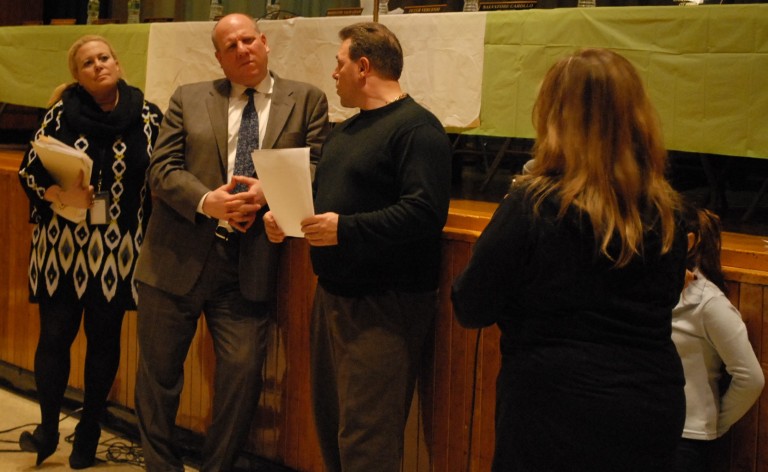 After a public shaming aimed at the Department of Education (DOE), parents at a Maspeth school won a second chance at bus service for their students.

DOE representatives have agreed to reassess an intersection at Laurel Hill Boulevard and 61st Street in Woodside that dozens of P.S. 229 students must traverse to get to class.

Parents say sending an 8-year-old child across the complicated intersection where trucks disembark from the Brooklyn Queens Expressway (BQE) is a deadly risk.

The Office of Pupil Transportation (OPT) normally provides transportation for students who live a certain radius from the school.

It also gives individual student variances for bus service if a child must walk a hazardous route—hazardous by the DOE’s judgment alone.

The DOE promised the reassessment during two hours of yelling and finger wagging during the Community Education Council (CEC) 24 meeting on Wednesday, Feb. 29.

“You have nothing to stand on except for your own generated rules and decisions. There’s no other logic to keep this 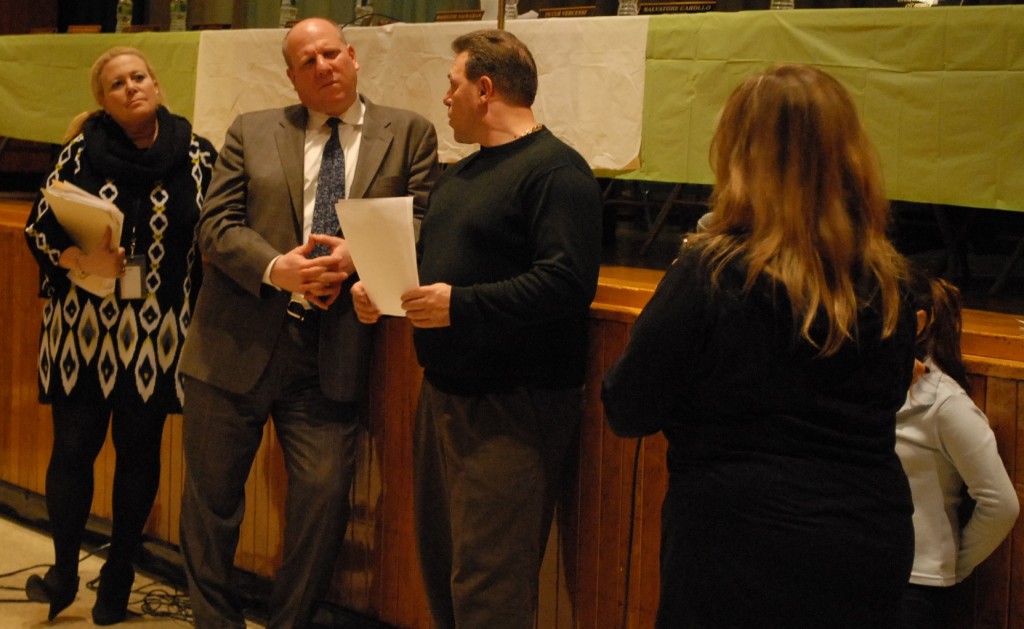 going,” said Bill Kregler, a CEC 24 member who lives next to the intersection.

Parents laid into Alexandra Robinson who heads the DOE’s Office of Pupil Transportation and Eric Goldstein, the CEO of school support services, which handles much analysis and consulting for the DOE.

It’s a battle parents have fought for years when the DOE revoked a waiver granting bus service around the hazard to anyone at P.S. 229.

“I would love to hear it, what makes you think it’s not dangerous. If I lived there. I would never let my kid go to school that way,” Nick Comaianni, president of CEC 24 said, kicking off the venting. “You tell me, whoever looked at that, how that’s not a dangerous area.”

He and others frequently netted applause from the dozens of frustrated parents in the audience.

The Laurel Hill and 61st Street intersection crosses underneath the BQE. It includes two off-ramps from the expressway, and parents say motorists will speed through at expressway speed if they have a green light.

The only other way for nearby students to walk to P.S. 229 is along Queens Boulevard.

For years, the area had a hazard variance. Two years ago, however, the DOE did away with schoolwide variances.

Students now had to apply individually to get transportation around the intersection. They were all denied.

At the Feb. 29 meeting, they released that emotion.

“We’re not going to wait for a statistic or a child to be killed at that intersection for you to react to what we already know is a dangerous intersection,” shouted John McMorrow.

The two DOE representatives could not list traffic improvements or any other reasons the variance was revoked.

A spokesperson from the DOE told The Forum that the variances were denied because the intersection has both sidewalks and traffic signals.

Councilman Jimmy Van Bramer (D-Woodside) capped off the shaming. The intersection falls within his Woodside jurisdiction.

“I implore you to revisit this and to stop this nightmare that these parents have had to live under for a couple of school years,” he said. “That is your responsibility. That is your obligation, to get these kids to school and make sure it’s safe.”

As Goldstein and Robinson put on their coats to leave, they promised there would be another walkthrough to reassess the intersection.

“We’re more than happy to take a look at it again,” Goldstein said.

Comaianni asked to be taken along on the next walkthrough and have the inspector justify the decision to him—especially if students are denied a bus again.

The walkthrough, so far, has not been scheduled.