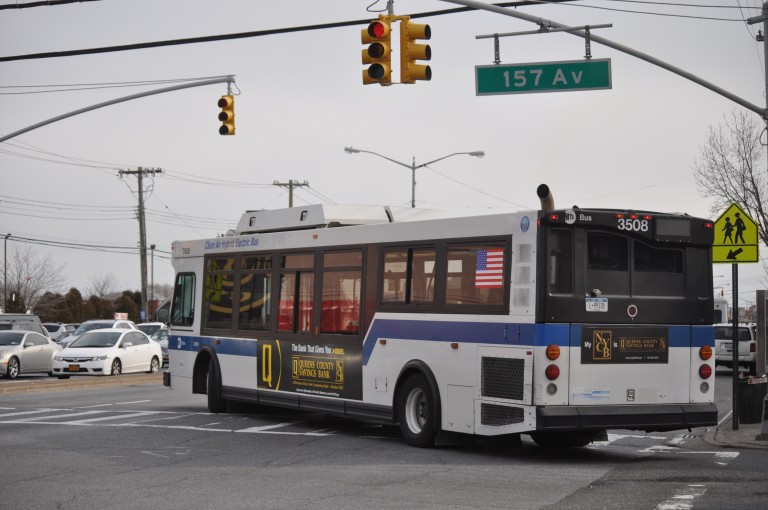 Before an elderly woman was struck and killed in late February while crossing an intersection in Howard Beach, elected and police officials had tried to get the city Department of Transportation (DOT) to make changes at the high-risk intersection.

While crossing the street at the intersection of 157th Avenue and Cross Bay Boulevard on Feb. 20, Lucille Gross, 72, was hit by a car attempting to make a left turn southbound on Cross Bay Boulevard. Gross, a longtime South Queens resident and a great-grandmother, died two days later.

Witnesses at the scene told The Forum that the intersection had been problematic for years, and was dangerous for people to cross.

According to figures kept at the 106th Precinct, the Feb. 20 accident marked the sixth accident, and the first fatality, at the intersection in 2012. In 2011, approximately 33 accidents occurred at that intersection, and, according to the DOT, there were two fatalities at the intersection of 157th Avenue and Cross Bay Boulevard in 2010 and 2009, the most recent years DOT has data on.

Police sources told The Forum last week that previous requests were made to the city to address the situation, but were denied.

State Sen. Joseph Addabbo (D-Howard Beach) said that he has gotten several complaints from constituents in the Howard Beach area regarding that particular intersection at Cross Bay Boulevard, and he had spoken with the DOT several times in the last six months about solving the issue. In addition, he sent three letters to the DOT asking them to remedy complaints at the intersection at 156th Avenue and Cross Bay Boulevard, which is only one street away from where the Feb. 20 accident took place.

Addabbo pointed out that the DOT may just be going by the number of accidents at intersections to decide when to step in, and expressed concern that the department was missing the full depth of the problem.

“The accident numbers don’t take into account things like the near-misses, fender benders that aren’t reported and almost-accidents,” he said. “And those are all important things. Reports are okay, but there are a lot of common sense issues that aren’t addressed.” 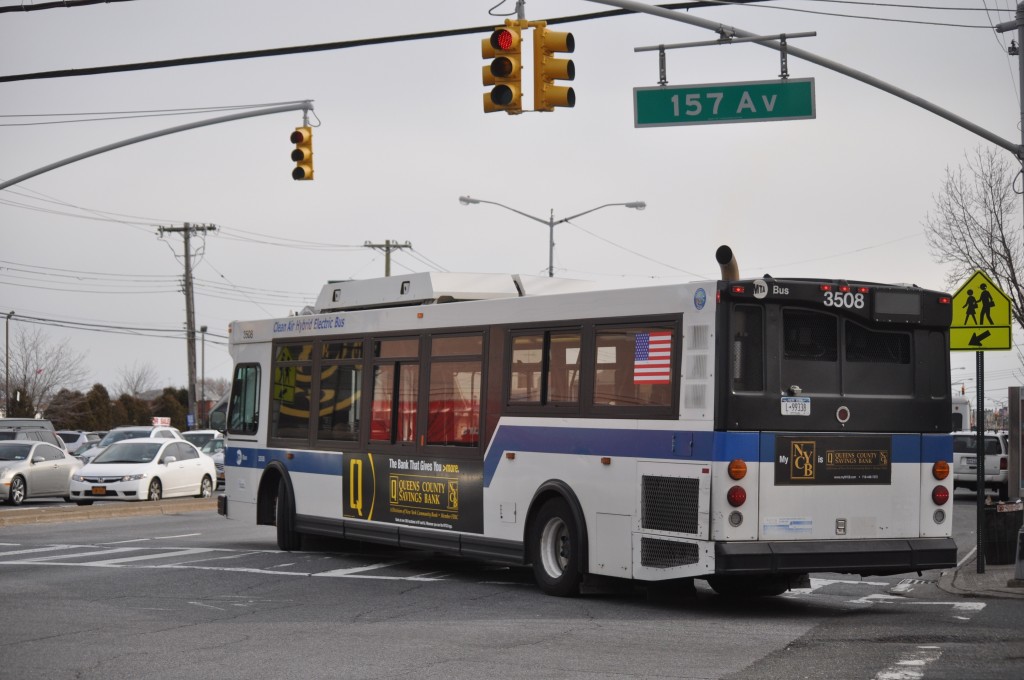 The intersection of 157th Avenue and Cross Bay Boulevard, where an Ozone Park woman was killed last week, has had six accidents this year, with four injuries and one fatality, and 33 accidents last year, according to police. Forum Newsgroup Photo by Luis Gronda

He added, “There is no reason for Cross Bay Boulevard to become Queens Boulevard.”

Mary Pecorino, who works at a medical office on the corner of the intersection, said that she has seen several problems at the intersection. To begin with, she felt the crosswalk light bridging 157th Avenue switches too quickly for crossing pedestrians trying to get across the street.

“Whenever you cross, it turns too fast,” she said. “It’s been a problem.”

Pecorino has seen serious accidents occur at the intersection before, noting an instance in 2009 where a car drove into a now-closed Blockbuster on 157-02 Cross Bay Blvd, just across the street from her office.

Responding to inquiries, DOT officials told The Forum this week that their department had recently taken steps to curb accidents at the intersection.

“Safety is a top priority and the agency recently installed a pedestrian countdown signal at this intersection in early February, along with several intersections in the immediate area,” a spokesperson said.  “At the state Senator’s request, DOT also recently evaluated the intersection and adjusted the signal timing to provide more clearance time for vehicles that queued for the turns.”

No information was available from DOT as to when those changes were made.

State Assemblyman Phil Goldfeder said he drives across Cross Bay Boulevard frequently on the way to work. Since his election last fall, he has not heard many complaints regarding the 157th Avenue intersection. However, he cautioned, that did not necessarily mean that there aren’t problems at the cross street that don’t need to be addressed.

“Just because there aren’t calls does not mean that it’s not a problem,” he said, adding that he encouraged DOT to do a traffic study at the intersection to determine if they needed to make adjustments.

Between 1995 and 2009, roughly 1,756 motor vehicle crashes with pedestrians were recorded within Community Board 10, according to DOT data provided by Transportation Alternatives, a transportation advocacy group.

On whether complaints on the intersection have come up in recent meetings, Frank Dardani, president of the 106th Precinct Community Council, said he had not heard much regarding that intersection, although he noted that there was a lot of cross traffic there. However, speaking in general terms regarding other intersections around the area, Dardani was concerned that accidents could become more frequent due to fewer police officers available and more people disregarding safe driving rules.

“None of [the intersections] are safe, the way that people ignore the basic rules of driving,” he said.