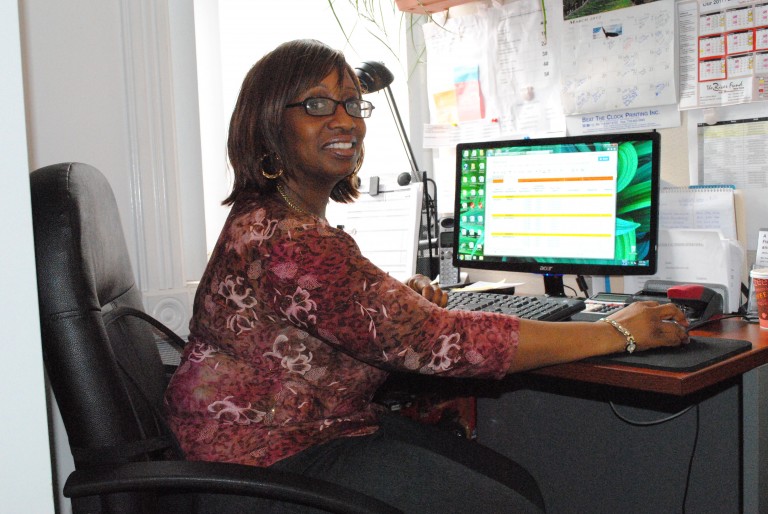 For Richmond Hill resident Shirley Rice, the expression ‘wearing many different hats’ is not merely a saying—it’s a way of life.

Most people would be exhausted having to drop off their child atschool, then oversee a nonprofit that deals with as many as 50 different people and cases a day for eight hours, and then find time to be a mother at the end of the day again.

Yet somehow, Rice, a mother of three and the chief operating officer of the Richmond Hill-based nonprofit River Fund New York, not only manages to do those things—and often times, more—but she thrives off of her busy schedule.

“It’s not something I think about,” Rice said with a bright smile, sitting in the River Fund’s Richmond Hill office where she works for four, sometimes even six days of the week. “It’s hard to explain, you just sort of…get up and do it. It’s like slipping out of one hat and putting on another one.”

Having been with the River Fund for the last six years, Rice’s life constantly bustles with activity.

In past times, that has meant volunteering on different committees and serving as president of the Parent Teacher Association at PS 51 in Queens, where her son Jared, 8, went to school. 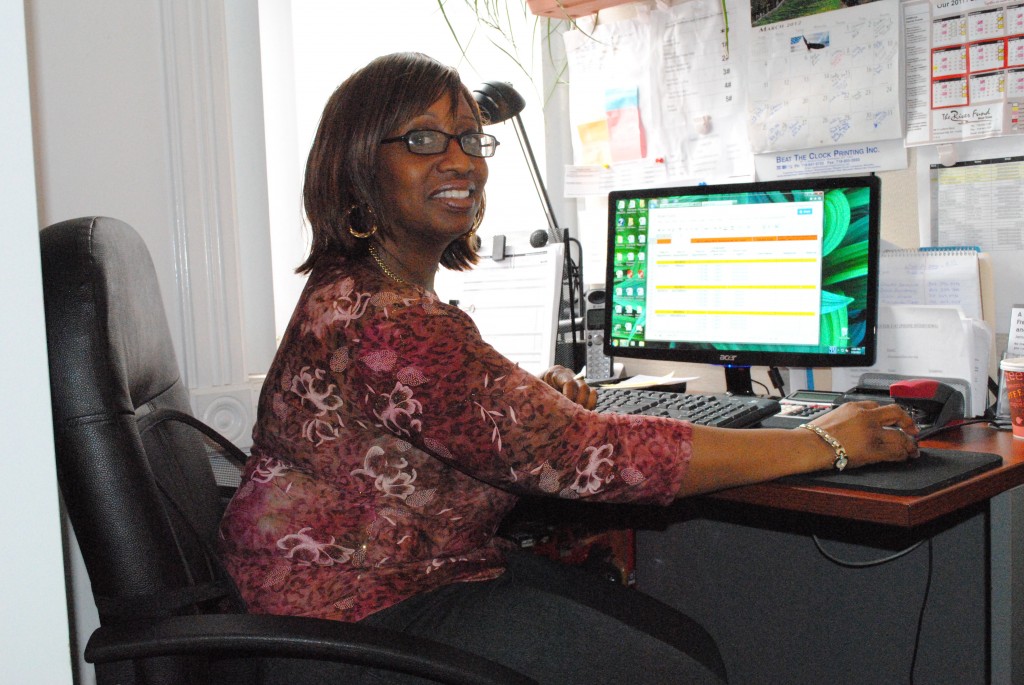 Shirley Rice, COO for the nonprofit River Fund New York, doesn’t tire from juggling her work and family; on the contrary, she thrives on it. Forum Newsgroup photo by Jean-Paul Salamanca.

struggling families and individuals that the River Fund serves—and they serve more than 100,000 people around the city each year. Working alongside volunteers Felicia DeSilva and Sarah Bano, Rice helps provide the nonprofit’s clients with a myriad of services, including food stamps, taxes, finding people shelter and more.

It’s in the work at the River Fund, however, that Rice finds the most satisfaction.
“A lot of people come in here with a lot of weight on their shoulders because of the economy,” she said. “And you have to have it in their heart to listen [to their problems.] Yes, we have an application process [we have to finish] within a certain time, but at the same time, you do want to speak to the person…who may not be working, or someone in their family’s sick or their utilities are getting ready to get cut off.”

One such recent case, which struck a personal chord with her, was when in early March, an elderly woman in her 70s came into the River Fund, having been just kicked out of her apartment. Bags in hand and with no family in the area to help her, Rice made it her personal mission to help find the woman a place to stay.
Soon after, Rice and other volunteers made sure that the woman was taken care of, giving her food to eat while they worked to find her a place to stay.

It is her mother, Rice added, that helped build the foundation of the beliefs on which she lives her life by.

Rice grew up in Coney Island in the 1960s with her mother, Thelma, and three siblings. While starting out a family of six, Rice’s father passed away when she was 6.

Yet despite the added responsibilities of being a single parent while working as a school teacher at PS 116 in Brooklyn, Rice remembered that her mother, now 84, always found the time to help someone in need, inside or out of the classroom.

“She’s very giving,” Rice recalled of her mother. “She never asked for anything of anyone, but she always gave…she gave the extra time to teach kids how to read, she was on different [school] committees, she was with the Girl Scouts, so I was always around her, seeing her do her thing and work.”

And was she ever tired? “Never,” Rice said proudly. “I think that’s where I get it from.”

She and her brother, Barry Rice, who also works at the River Fund, got their start in civic duty in their teens, campaigning door-to-door for longtime city Councilman Albert Vann (D-Bedford-Stuyvesant), whom Rice credits for giving them the “polish” needed to help others.

After studying at Pace University, Rice married in her early 20s and eventually became the assistant vice president of a Deutsche Bank USA branch on Park Avenue. Eventually, she got involved with the River Fund around 2006, when she had heard for the first time that there was a food pantry near her home in Richmond Hill.

“I remember thinking ‘Let’s see if we can go there and help out,’” Rice recalled. “So I met with Swami, and he said ‘Yeah, stop by, we’d love to have you.” She laughed. “And I’ve been here ever since.”

So how much does Rice mean to the Richmond Hill nonprofit? Enough for Swami Durga Das, the founder of the River Fund, to call Rice ‘the culture of the River Fund,’ praising her efforts to go beyond volunteering and taking the extra steps to care for clients in need of such essentials as food, housing or other needs.

“You know the word ‘volunteer’? She epitomizes the truth of that word. She’s taken that word and goes beyond that,” Das said. “A volunteer can give you a few hours on a day, but Shirley goes into caring, and really taking what volunteering is about, taking that mission and taking it into a whole other level. There are people here who really do that to the fullest, and Shirley is right at the cream of the crop…with kindness and caring.”

Rice’s past experience with numbers, organization and multitasking have been very helpful when dealing with the many clients served at the River Fund, as well as finding the time to balance a home life with Jared.

When she’s not working, Rice enjoys spending time with her family and going to movies or dinner with them. However, she said, she never gets tired of volunteering or meeting with and speaking to new people of all ages and backgrounds that come through the River Fund’s doors.

“As a people, we all connect somewhere,” Rice said. “I’ve just always had in me that somewhere, you, me, the next person out there, we’re no different. We all have the same color blood. What do we want out of life? The same thing—to grow up and be decent human beings, to respect people, to raise our children in the best way that we can.

And that’s how I live my life; by respecting people and by treating people the way that I want to be treated.”