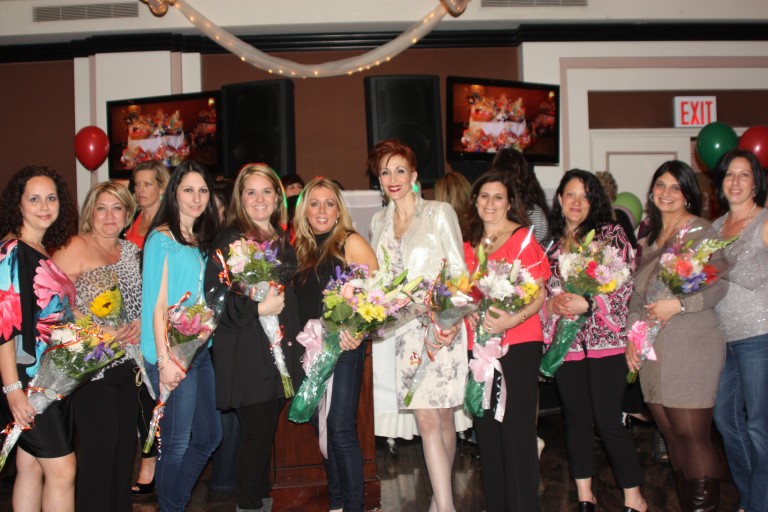 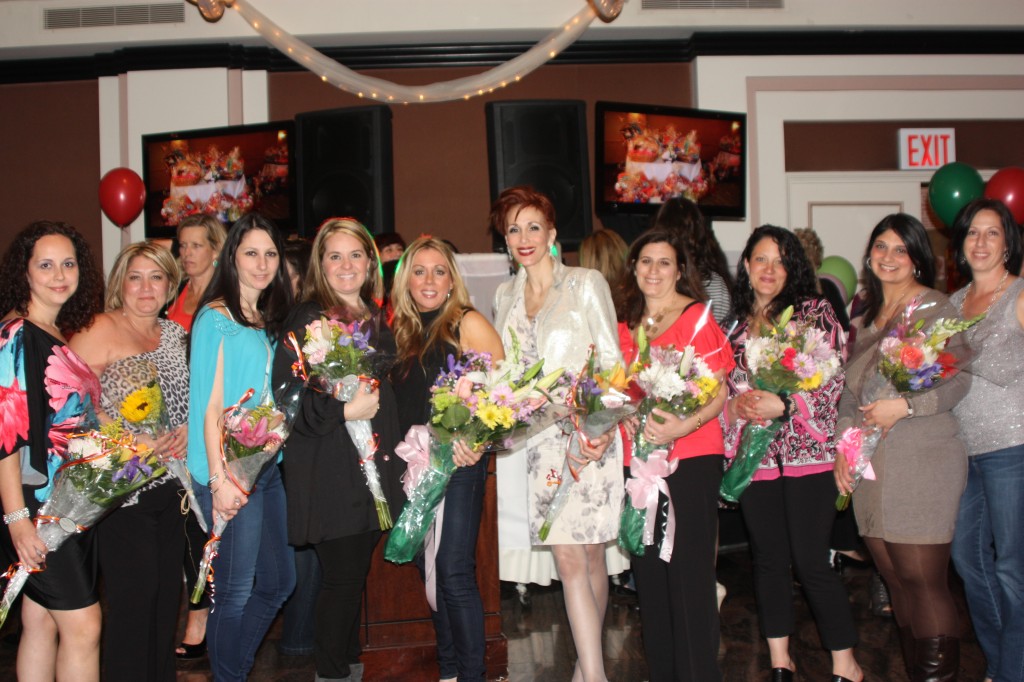 The blockbuster fundraising committee chaired by Doreen DeCandia (fifth from left) worked on Ladies Night Out: Cupcakes and Cocktails since September to make the 11th Annual Event a huge success. Forum Newsgroup photo by Patricia Adams.

The Ave Maria Catholic Academy held its 11th Annual Ladies Night Out last Thursday. Almost 300 guests filled Roma View Catering and were treated to a wonderful evening beginning with a full buffet and signature cocktails ending with a dessert extravaganza, featuring 800 mini cupcakes created by PaddyKakes Custom Cupcakery. Among the custom flavors created specially to coincide with the evenings Cupcakes and Cocktails theme were the Bloody Mary, Marguerita and Café Patron Espresso cupcakes in addition to seven other flavors.

The event was organized by fundraising chair Doreen DeCandia, who has been running it for the last five years. Although final numbers for the event are not yet in, DeCandia said that the event was even more successful than last year’s, which raised almost $30,000.

Work on Ladies Night begins in September according to DeCandia, requiring countless hours and several individual committees. The main fundraising committee is comprised of DeCandia along with Michelle Soriano, Joanne Burridge, Anne Marie Famighetti and treasurer Jacquie Poma. In addition other volunteers for the night form separate committees. One group solicits corporate donations, another local business and a third concentrates on ad sales for the event journal. “This event is a multi-prong effort,” explains DeCandia, “and without these women who just keep going and going it would never be possible. They are all amazing.” The team effort is truly amazing as the chair puts it, considering this year’s event raffled off somewhere around $50,000 worth the prizes.

Lucky winners were treated to a vast array of gift baskets, almost 300 of them, with 25 top prizes including a trip to Disney, an Apple Package with a Mac Book and an iPad 3, a $3,000 spa package at the Waldorf Astoria, a private cooking class for four and a private dinner with Chef Michael DeGeorgio, the executive chef at the exclusive Vetro, flat screen TV’s, $500 gift cards and a host of other prizes. In addition every guest in attendance received a certificate for a free facial at the 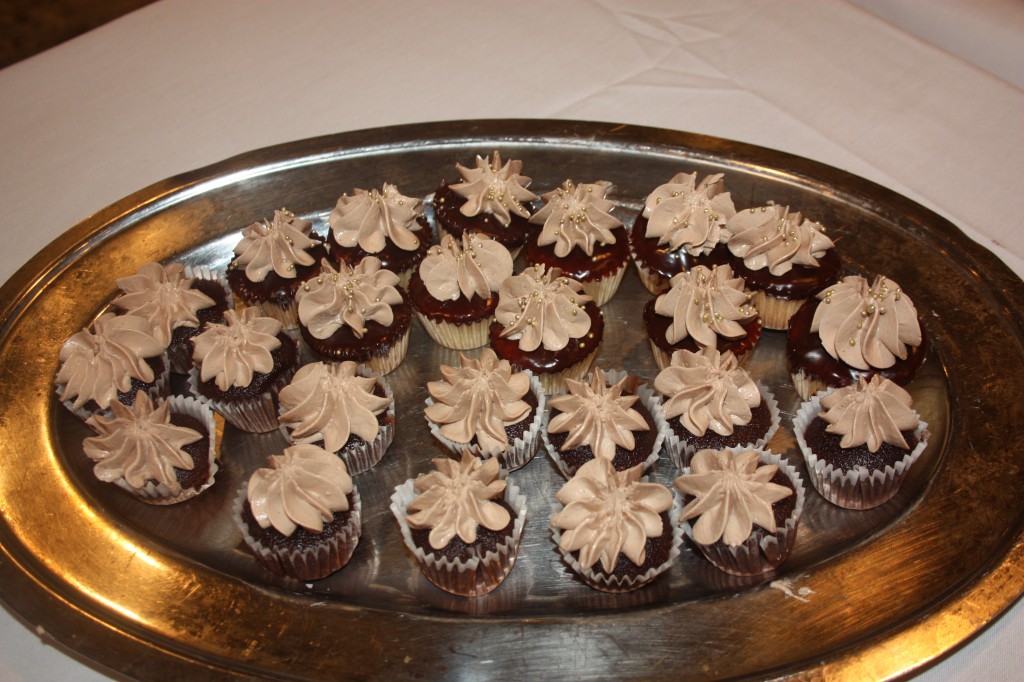 Black Velvet cake dipped in dark chocolate ganache and finished with Café Patron Espresso Buttercream was one of the delectable mini cupcakes served up by PaddyKakes. Forum Newsgroup photo by Patricia Adams.

“Much of our success lies in the fact that so many of the prizes are donated,” said DeCandia, who also explained that there are a number of other small fundraisers throughout the year to raise money to buy the prizes that must be purchased.

Ave Maria Principal Maria Cuomo was effusive in her praise of the efforts from the school’s fundraising committee. “This event just keeps getting bigger and better each year,” said Cuomo. “Doreen DeCandia is nothing less than amazing and the group of women she put together to work alongside her are amazing as well.”

All of the money raised goes to support Catholic education at the school. The funds continually defray tuition costs. Cuomo says it is this event primarily that keeps the school financially sound, allowing for purchases of equipment to advance technology and the implementation of new programs. “We’re constantly raising the bar for our students academically while lowering the financial responsibility of parents who want their child to have the benefit of private Catholic education.” The principal also noted that the average cost for a public school student is $14,000 per year while those at the academy pay $5,000 per year.