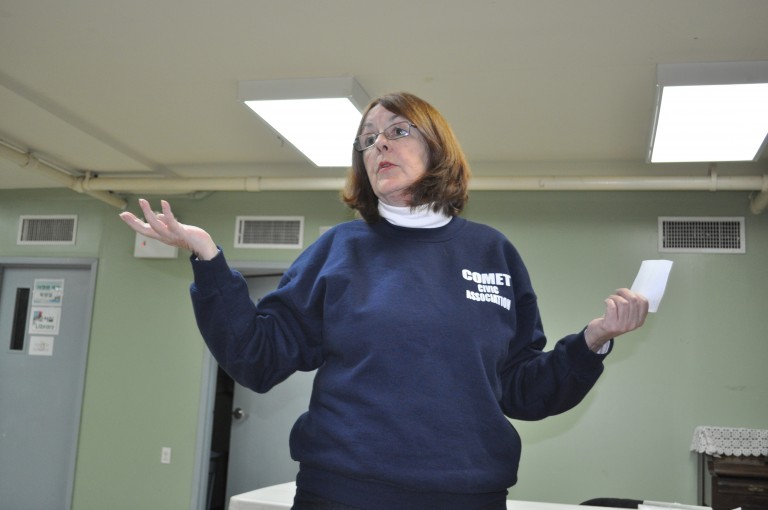 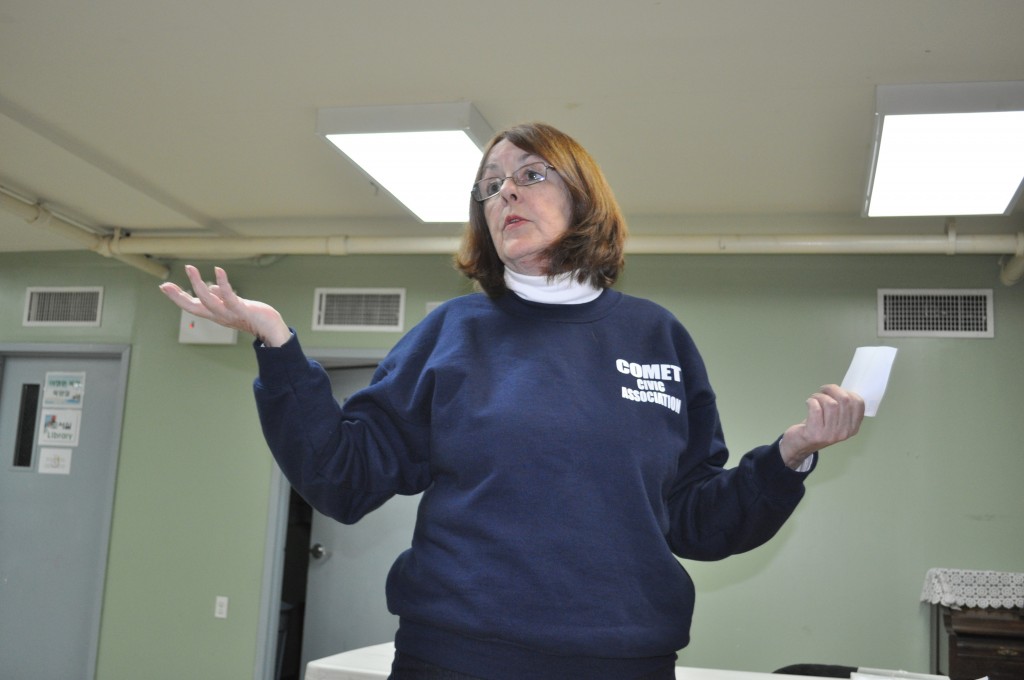 COMET President Roe Daraio warned residents to be alert as a number of burglaries has hit the Maspeth area in the past month. Forum Newsgroup photo by Luis Gronda.

The 104th Precinct has been combating a high number of burglaries, it told residents at a local civic meeting on Monday, April 2.

Capt. John Travaglia, executive officer of the 104th Precinct, announced at the Communities of Maspeth and Elmhurst Together (COMET) meeting, that there have been six burglaries in their patrol area in the last month. Four of them were residential burglaries and the other two were commercial.

Travaglia said that there is a possible connection between two of the residential burglaries in Maspeth, because witnesses gave similar descriptions of the suspects.

For the first burglary, the resident said that the two men came in her house through the side door and started going through her dresser, according to Travaglia. After she screamed and yelled, the two men ran out of the house.

The second burglary saw the two men enter through an open door on the second floor and take jewelry and a cell phone from the house. Nobody was home at the time, but Travaglia said a witness saw two men leaving the home.

Both burglaries happened on the same day, March 22. The first occurred at about 10:45 that morning and the other one happened around 5 p.m.

The distances between the two locations is about half a mile. Travaglia said that there’s a distance between those two houses, but there’s a chance that both burglaries are related.

Roe Daraio, the president of COMET, advised the people that live in that area to be aware if they see someone trying to break into a home.

“The people over there better keep their eyes open,” Daraio said.

The 104 reported that, in the last 28-day period, there were three grand larcenies in their area, all of which involved car accessories. Grand larceny has been a recurring problem in the Maspeth area.

Both of the side view mirrors were removed from the Mercedes. Travaglia said people take mirrors off of expensive cars, like a Mercedes Benz, because they know they can get a lot of money for selling the stolen mirrors.

After hearing of those grand larcenies, Daraio encouraged residents to start what she called a “court watch,” which is when a group of people from the community go to court when someone is about to be sentenced for a crime.

Daraio said that she’s wanted to do this for a while, but hasn’t been able to get a group of people together that are willing to go to court. She added that the benefit of a huge community turnout in court tends to get people longer jail sentences.

“Every judge has told us that if there’s community interest in a case, they will get stiffer penalties,” Daraio said. “It really does send out a clear message.”

COMET’s next meeting is on Monday, May 7. The meetings start at 7 p.m. at the Bethzatha Church of God at 85-20 57th Avenue in Elmhurst.