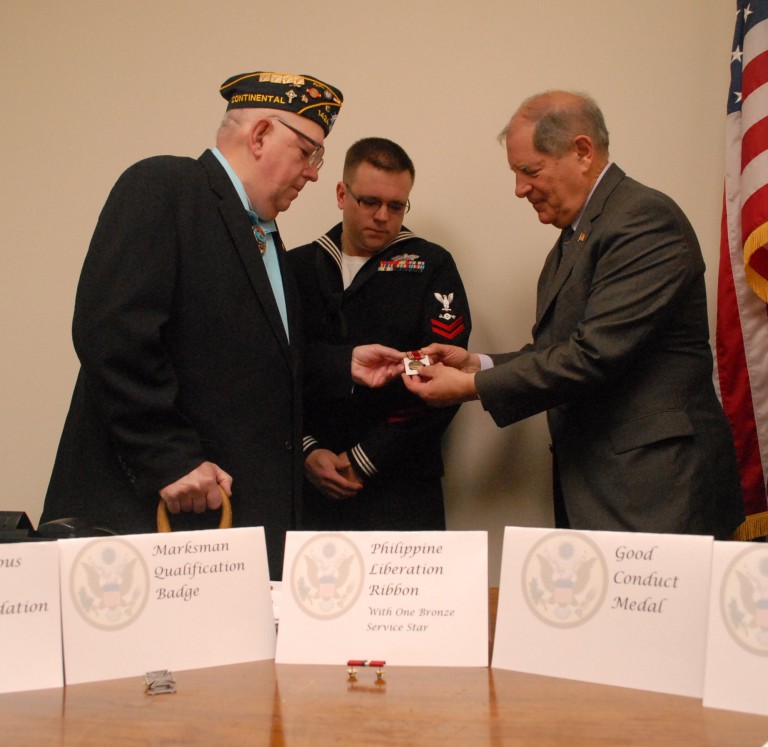 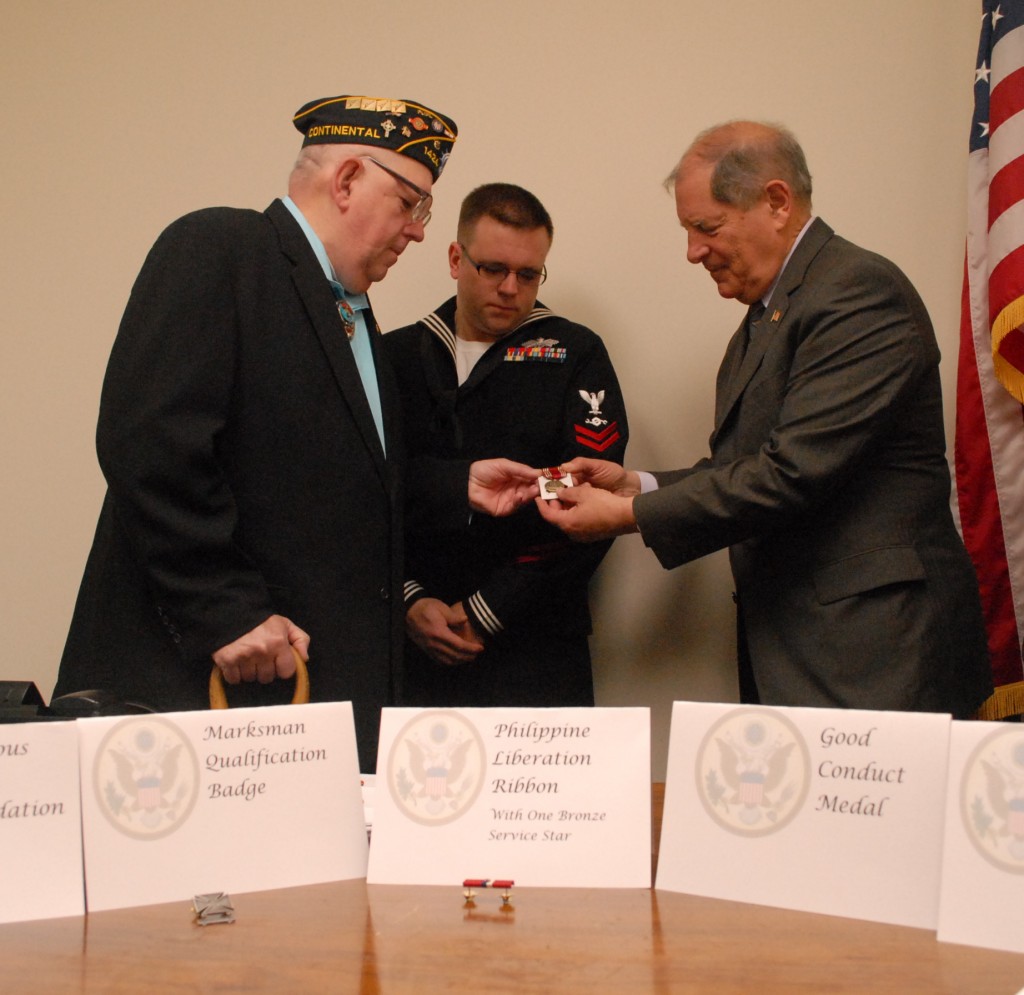 After five years of trying to cut through red tape to get recognition for his father’s service in World War II, a Howard Beach man finally received Tuesday the medals his father earned fighting for his country.

Searching on their own and enlisting other elected officials’ help, the Carl family simply couldn’t get their hands on the records proving Joseph Carl, Sr.’s service.
But in February, the family attended a ceremony for Arno Heller, a Rego Park native that earned a Bronze Star in World War II but was never awarded it.

Turner’s staff had tracked down the necessary records and presented the honor to him.

Talking to the family, Turner said the records from World War II veterans weren’t handled with the care they should’ve been, with millions returning home, many were just eager to return to their lives and papers were shuffled off.

“Not a lot of care or even a lot of thought was given to special service and accommodations that they’d earned,” he said. “Often the records are just somewhere else, and it just takes a good deal of work and attention [to find them].”

After the congressman’s staff started inquiring, it didn’t take long, the family said.
In two months, they had the medals in hand—a blink compared to the five years they spent struggling through bureaucracy beforehand.

Joseph, Jr. is a veteran like his father. Steven will be too. He has served in the Navy since 2003.

He was in Middle Village to see the awards honoring his grandfather’s service.

His own child wasn’t quite there. Steven’s wife is pregnant, but the family was glad there would be a representation of Joseph, Sr.’s service that would last through generations for the grandchildren and great-grandchildren to see.

“I just want my children and grandchildren to be proud of what my father went through,” Joseph, Jr. said. “I am looking forward to showing them and explaining them to my grandchildren. That’s what it’s all about.”