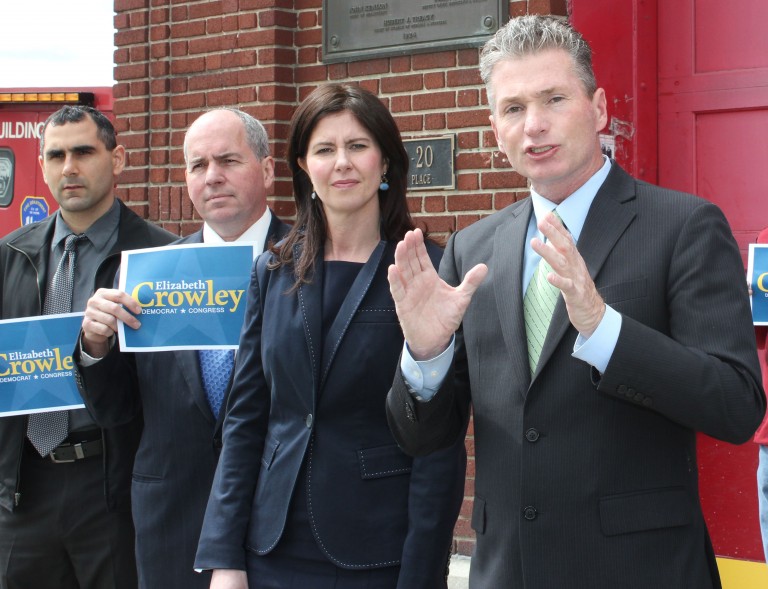 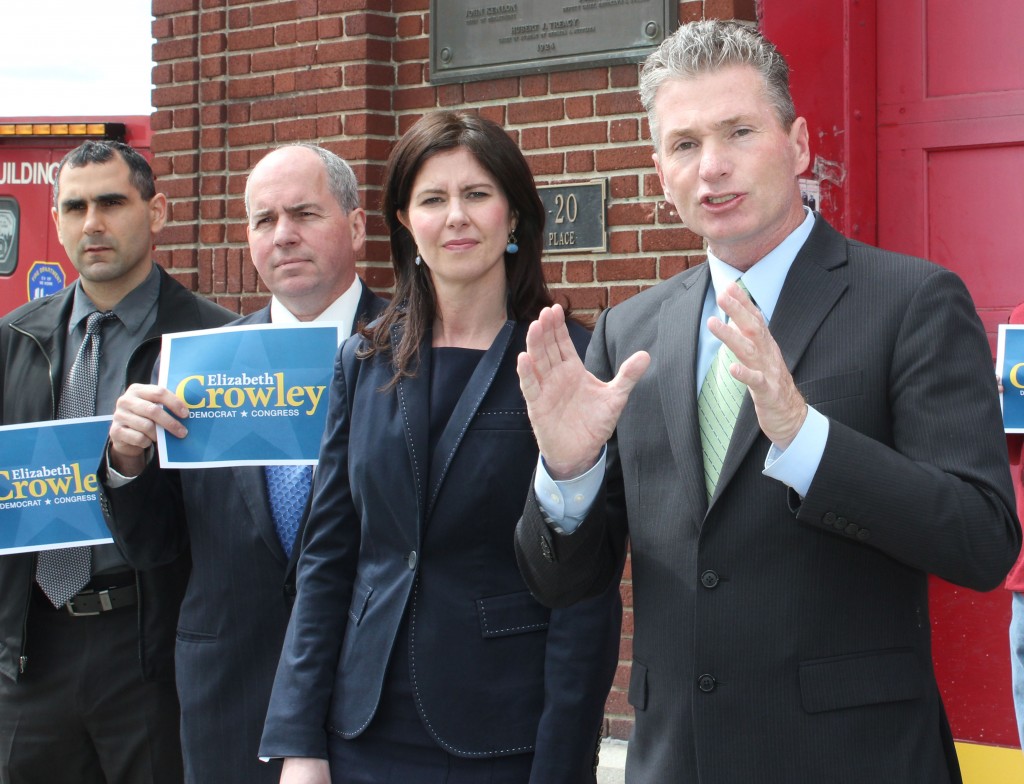 Endorsements in Queens’ Democratic congressional primary for the 6th District began rolling out in earnest this week.

Councilwoman Elizabeth Crowley snagged the thumbs-up of the Uniformed Firefighters Association as well as the International Union of Painters and Allied Trades District Council 9.

“Grace Meng is not just a strong candidate, she’s exactly the kind of fierce advocate for women and families that we need in Washington right now,” said Stephanie Schriock, President of EMILY’s List. “Grace is a true progressive who will stand up to the radical Republican agenda and get things done in Congress. Candidates like Grace are leading the way back for Democrats in November and setting the stage for an historic year for women.”

Meng or Crowley could be the first female congressional candidate sent to Washington from Queens since Geraldine Ferraro.

Meng would also be the first Asian American elected to congress from New York.

“Grace is a true champion for New York, breaking through glass ceilings in so many ways, and the EMILY’s List community is thrilled to support her throughout her campaign,” Schriock continued.

Crowley accepted her support from local first responders in front of Engine Company 306 in Bayside.

“Elizabeth Crowley has a proven record. When she became Chair of the Fire Committee, I saw someone dedicated to improving public safety,” UFA President Stephen Cassidy said. “In my view she’s the best candidate because I’ve seen her in action, and the Uniformed Firefighters Association is proud to endorse her for Congress.”

Engine 306 was one of 20 fire companies threatened for closure last year due to budget cuts until Crowley and other council members vocally objected.

“New York City firefighters are like no other firefighters in the world. When tragedies happen here, whether accidental, acts of God, or acts of terror, the fire department is always our first line of defense,” Crowley said. “To New Yorkers, there is no cause or concern that is greater than public safety, and that is why I am honored to stand with the Bravest and accept their endorsement for Congress.”

The two unions who threw in with Lancman were the 120,000-member Service Employees International Union Local 32BJ and the 2,500-member Communications Workers of America Local 1182—giving him a possible boost in boots on the ground.

The endorsement from one person, however, may have stolen the headlines.

“It’s a true honor to accept the endorsement of Mayor Ed Koch,” Lancman said, “someone who has been a tireless advocate for Israel and Jewish communities here in New York.”

In the last cycle—a special election for Anthony Weiner’s seat—Koch endorsed a Republican, Bob Turner, because of his strong support of Israel. His endorsement again underscores that issue in this campaign.

“Ed Koch understands the special relationship between the United States and Israel—a relationship I will strive to build upon if elected to Congress,” Lancman said.