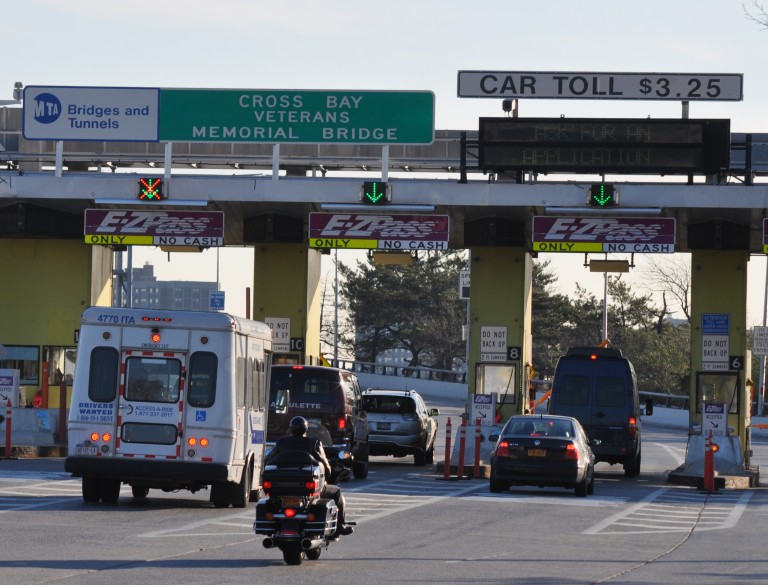 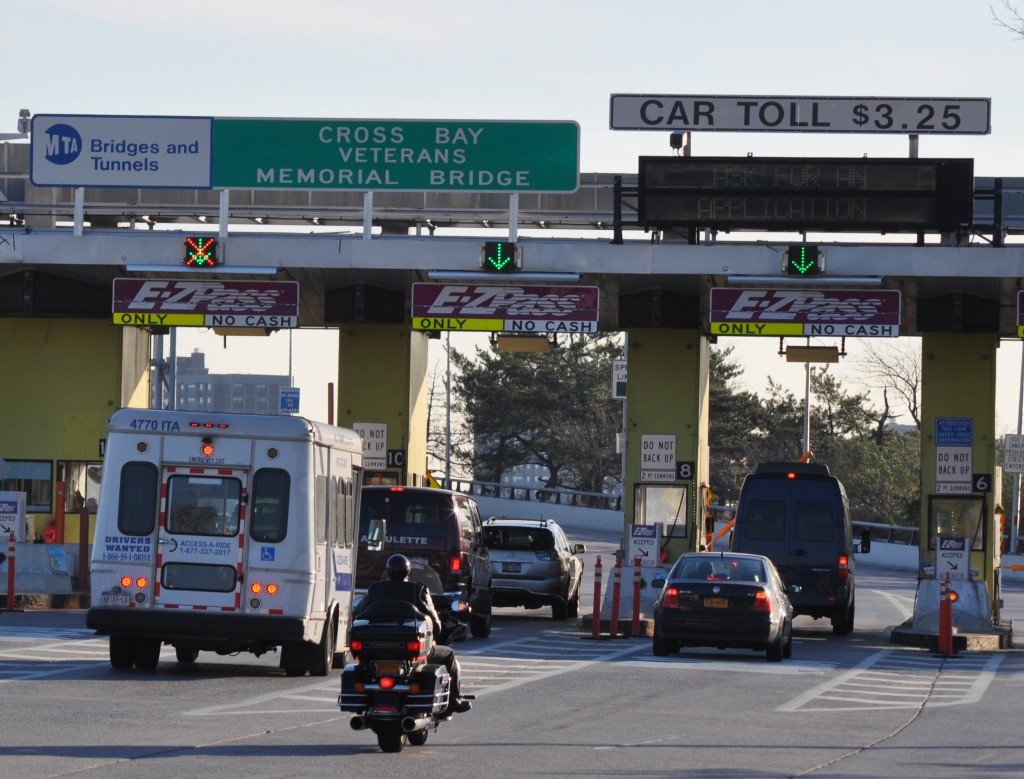 New York Governor Andrew Cuomo included in the 2012-2013 state budget a discount for residents that use the toll to get to Rockaway and Broad Channel. This only applies if you have an E-Z Pass and it is registered in the zip code eligible for the discount. File Photo.

The only intra-borough toll in New York State has been partially eliminated for the residents most directly impacted — in the Rockaways and the small hamlet of Broad Channel.

Governor Andrew Cuomo included in the New York State 2012- 2013 budget a discount for Rockaway and Broad Channel residents that use the Cross Bay Bridge to go to and from the peninsula and into Broad Channel and the neighboring area of Howard Beach.

The discount is only for drivers who use an E-Z Pass to pay for the toll. When someone drives up to the E-Z Pass lane, their card gets charged the money it costs to pass the toll and it immediately gets put back on their card. The state is paying the Metropolitan Transit Authority (MTA) the money they would otherwise get from people using their E-Z Pass.

This discount is only for people who have their E-Z pass registered in the Rockaway and Broad Channel zip code. If you have a pass that is registered outside of that zip code, your E-Z Pass will still get charged as it normally would. If you were using cash to pay for the toll, you would also still pay the $3.25 it costs to get past the toll.

“This is really an unfair tax, it’s in the same zip code,” said Turner in an interview with The Forum.

State Senator Joe Addabbo (D-Howard Beach) also called the discount a positive for people who use the toll on a daily basis.

“This is a big win for these burdened communities made up of hard-working families who will finally see some relief from an unnecessary financial hardship and should help business owners there, as well,” Addabbo said in a statement.

State Assemblyman Phil Goldfeder (D-Far Rockaway) said that he’s glad this is finally happening for the residents that live on the peninsula and need to pay the toll to do their daily activities.

“This is something that I have been campaigning for since I ran for office and I’m glad that it’s finally come to fruition,” said Goldfeder speaking to The Forum. He was elected to that state assembly seat in September 2011.

Goldfeder also said that he hopes to pass through the assembly a bill that would eliminate the toll for all residents of Queens.

Between 1997 and 2010, Rockaway residents had gotten their money back on their E-Z Pass for every round trip, but the MTA reinstated the money on July, 23, 2010 to help close an $800 million budget gap.