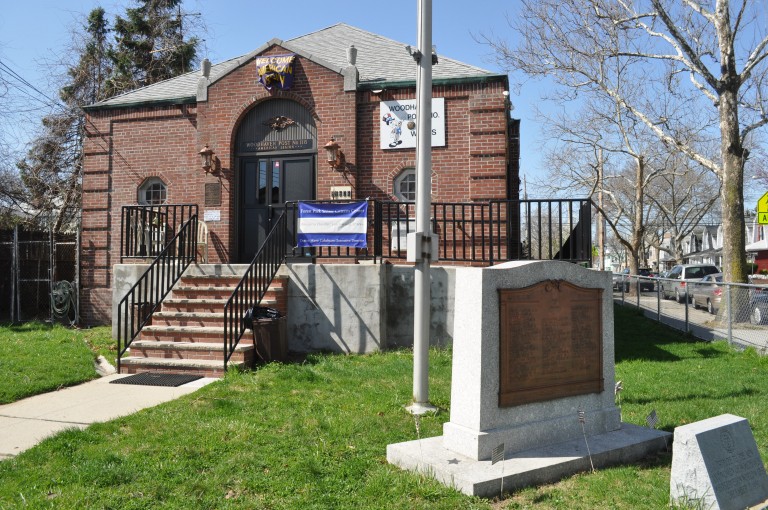 Forest Park Senior Center is one of six senior centers in danger of closing, if funding can’t be found. Forum Newsgroup photo by Luis Gronda.

For Donna Caltabiano, director of the Forest Park Senior Center, waiting until June doesn’t come any easier, especially in the last three years.

“There’s never smooth sailing with us,” she said, referring to the Woodhaven-based senior center, one of six in Queens that could be wiped out come July if discretionary funding from the city isn’t made available.

Approximately $120,000 is needed for the Forest Park Senior Center to stave off closure, as it was last year, when last-minute funding from City Councilman Eric Ulrich (D-Howard Beach) and Queens Borough President Helen Marshall—each of whom contributed $60,000 each for the center—kept the facility open.

And since they have not received word as yet on whether such funding will be available this year, Caltabiano said that seniors and staff members at her center are understandably nervous.

“We’re crossing our fingers,” she said of the situation.

While the Woodhaven senior center—founded in 1979—was originally funded 100 percent by the state, that money has dried up in the last three years. Last year, former Gov. David Paterson vetoed member items from the state, which took away the funding that would have gone towards the senior center.

Without state funds, the Forest Park Senior Center and five other senior centers solely rely on discretionary funding, which is money allocated by city officials. Those centers include the Kew Gardens, SAGE/Queens, Bell Park, LeFrak and Korean-American senior centers.

Last year, those senior centers faced closure without state funding, but were spared after receiving $1.5 million, collectively, in discretionary funding. In March, Marshall listed the restoration of those funds needed to keep senior centers open as a top priority.

Since 2009, borough allocations to senior centers have decreased by $3 million citywide; $1.5 million of that funding decreasing in Queens, according to officials at Marshall’s office.

While nothing has been finalized in the coming fiscal budget for 2013, Marshall was optimistic that it would be possible to save the six senior centers.

“We are hopeful that funding will be restored,” she said. “Those services are vital to many seniors…and the elimination of the funding would result in hardships for those involved.”

With her center—which serves 45 people a day—struggling to stay afloat, Caltabiano says that discretionary funds will be the ultimate difference maker when it comes down to whether her center will remain alive or close down.

Even then, she added, her center will have to scrap and find different ways to get the rest of the needed operating cash to stay open. Some things that might help, Caltabiano said, are an estimated $15,000 that the center can get through donations paid for meals at the center, as well as $11,000 raised from a recent fundraiser, half of which was matched by Joseph Paladino, president of the board of directors for the center.

Officials at the Kew Gardens Senior Center did not return requests for comment at press time.

On the budget front, officials in the offices of both city council members Ulrich and Karen Koslowitz (D-Kew Gardens) say that so far, unlike last year, there does not appear to be any immediate threat to discretionary funding. However, officials from both offices were cautious about stating whether that was an indication that senior centers were in the clear.

Meanwhile, Caltabiano holds her breath and hopes for the best.

“I keep saying that every year, this might be the one where [the center] isn’t going to be open, and people tell me ‘Oh, they say every year,’” she said. “But one of these years, it’s going to be it.”