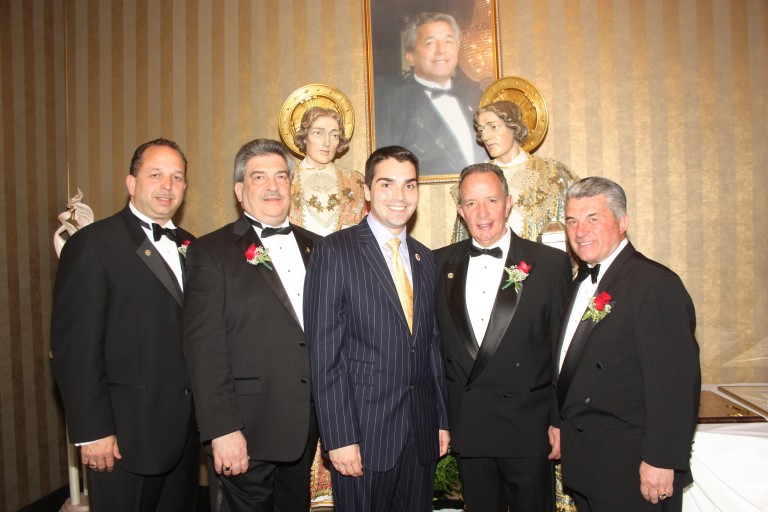 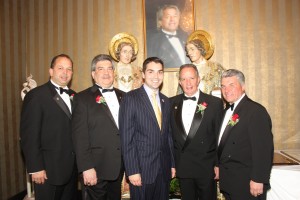 The International Society of SS. Cosma & Damiano hosted a capacity crowd in celebration of their 20th Annual Dinner Dance at Roma View Catering on Saturday evening

D. Marjorie Centrone and John Gurino, Sr. were honored as the Italian-American Businesswoman and Businessman of 2012. Both honorees were presented with proclamations and citations from City Councilman Eric Ulrich, Sen. Joe Addabbo and Assemblyman Phillip Goldfeder.

The evening was punctuated by a surprise visit from Howard Beach American Idol star Pia Toscano, who took the mic amid a sea of thunderous applause.

“I just want to say that above how wonderful it feels to be back, it really feels great to be here on this special night,” Toscano said. She battled back tears several times during an emotionally charged speech in which she thanked the community and reinforced her love for Howard Beach. “I know for sure, and I want you to know, that without your help and the constant support of my parents, I would never be here.” 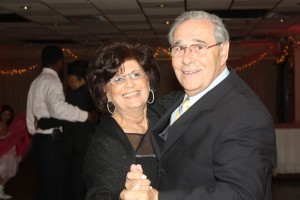 Toscano has been approached by many local groups to make an appearances, but she said she chose this night because of all the wonderful work that the Society does. Not only for Howard Beach, she pointed out,
but for sick children, and especially for their amazing contributions to two local charities, the Howard Beach Relay for Life and the Juvenile Diabetes Research Foundation (JDRF).

After thanking the community and congratulating the honorees, Toscano stayed at the party for hours accommodating requests for photos and autographs. Her proud parents Jane and Pat were also on hand to keep their now jet-setting daughter company. “Pia loves what she does,” said her mother as she watched the line of picture seekers grow in front of their table. “But more than anything she loves her home and the people that have been part of her life every day and always will be.”

The evening held one more surprise–for the Society themselves who were honored at the event by the Our Lady of Grace Soccer Organization, which this year instituted the Joseph DeCandia Sr., Memorial Award for Excellence in Soccer.

The board presented checks to a number of causes they supported this year:

The International Society of SS. Cosma & Damiano was founded in 1990 by the late Joseph DeCandia Sr. for the purpose of help- ing children whose lives are compromised by illness and disability. To date, the organization has donated more than $1.5 million in support of their mission.

The Fourth Annual Walk-a-Thon for Juvenile Diabetes will be held on June 2, and represents a collaboration between the Society and JDRF in their fight to find a cure for juvenile diabetes. The partnership has resulted in more than $410,000 in donations.