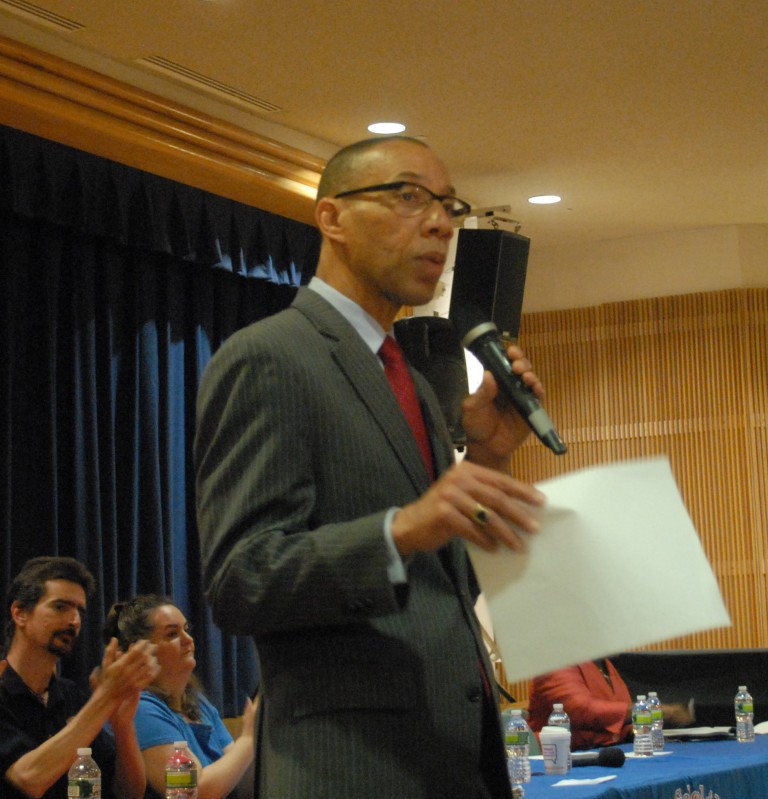 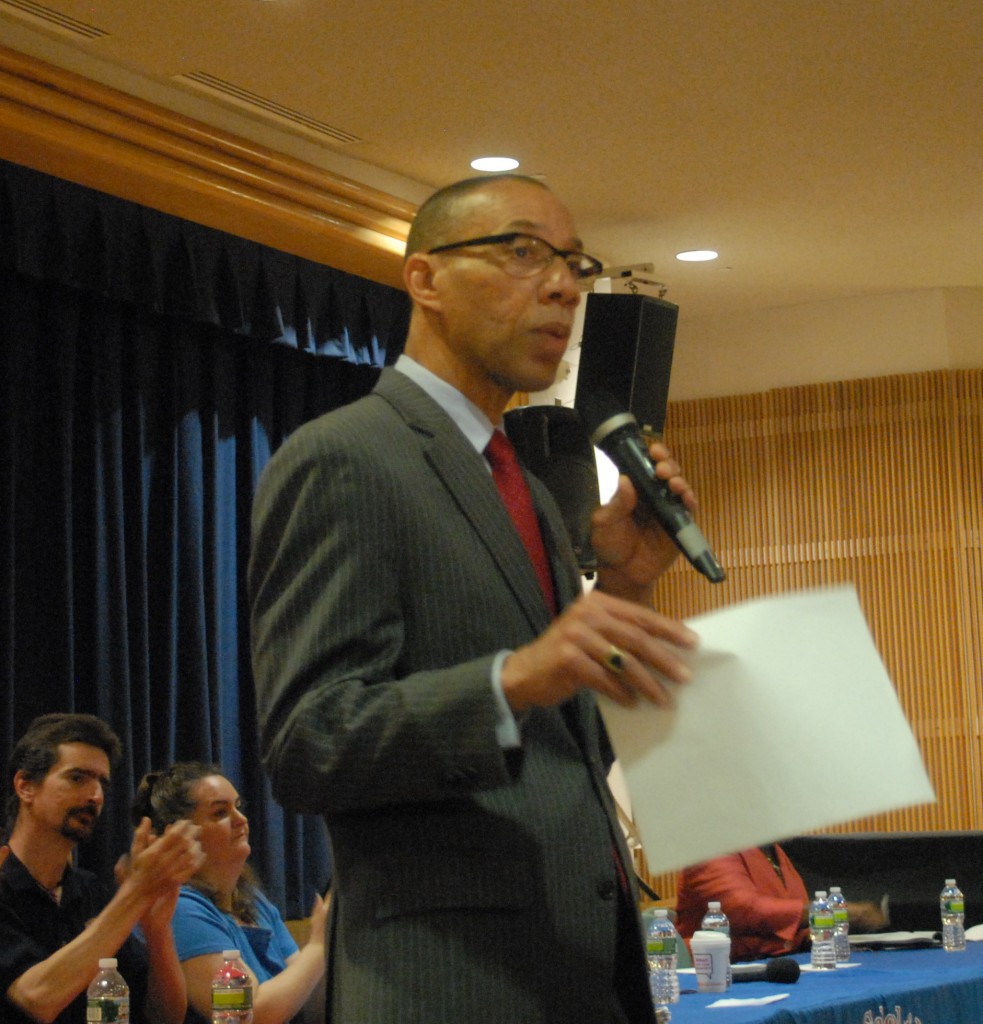 Community Education Council 27 hosted the event to give parents and teachers a chance to ask face-to-face questions of the Department of Education’s highest official, and they took their chance.

Although most of the meeting was civil and respectful, emotions peeked out when parents started asking about a citywide reform of the special education system.
The reform lets special education students attend their locally zoned schools instead of having to travel to schools built with programs for them.

“The bottom line goal we’re trying to achieve is equity in access,” Walcott told the audience. He added that he would personally like to change any school that has a 0 percent special education population.

“I find that unacceptable,” he said.

But concerned parents jumped on that statement. They asked if this would crowd their local schools any more or force schools with gifted and accelerated programs to take limited spots away from general education students.

An aide for Walcott said the criteria for entering specialized schools or programs wouldn’t change at all—they would just have to consider special education students the same way they consider any students.

She added that the reform wouldn’t affect seats for the general education population at all.

“You’re lying,” one man shouted in response before standing up and walking out of the room. “It’s a zero sum game.”

The Chancellor and a representative from the United Federation of Teachers (UFT) also got a little snippy with each other when the turnaround program came up.
Turnaround is the initiative to close 24 schools—including seven in Queens—and reopen them, making all the teachers reapply for their jobs.

Dermot Smyth, a Queens representative for the UFT, strode to the front of the room to talk about the plan.

Smyth outlined the strong community opposition that many teachers, parents, students and politicians voiced about the plan.

“My question is to the chancellor, if the mayor has ignored the parents’ wishes for the last 11 years, what is going to change so that our children will no longer become the collateral damage in this effort?” he said.

“I know this is a UFT chapter meeting,” Walcott sarcastically shot back as some audience members applauded. “I don’t accept the point that we’re not listening to parents. We talk to parents all the time.”

Earlier he answered a parent’s question on the same topic by saying they had evaluated the turnaround schools by peer comparisons and found them lacking.

“Lots of times, and this is not a knock on individuals, schools need to be changed,” he said.

He did find some support on that note. One of the last comments from the audience was a parent from Richmond Hill High School.

He thanked Walcott for the turnaround plan, saying the new principal that’s been installed is already reaching out to the community.