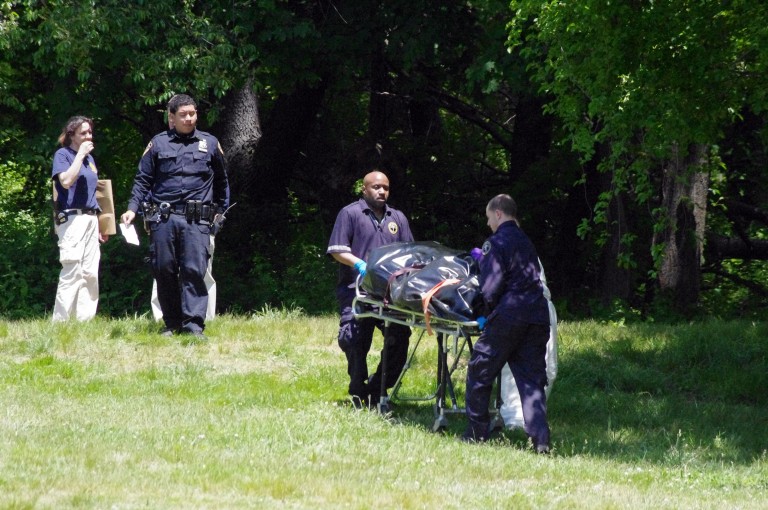 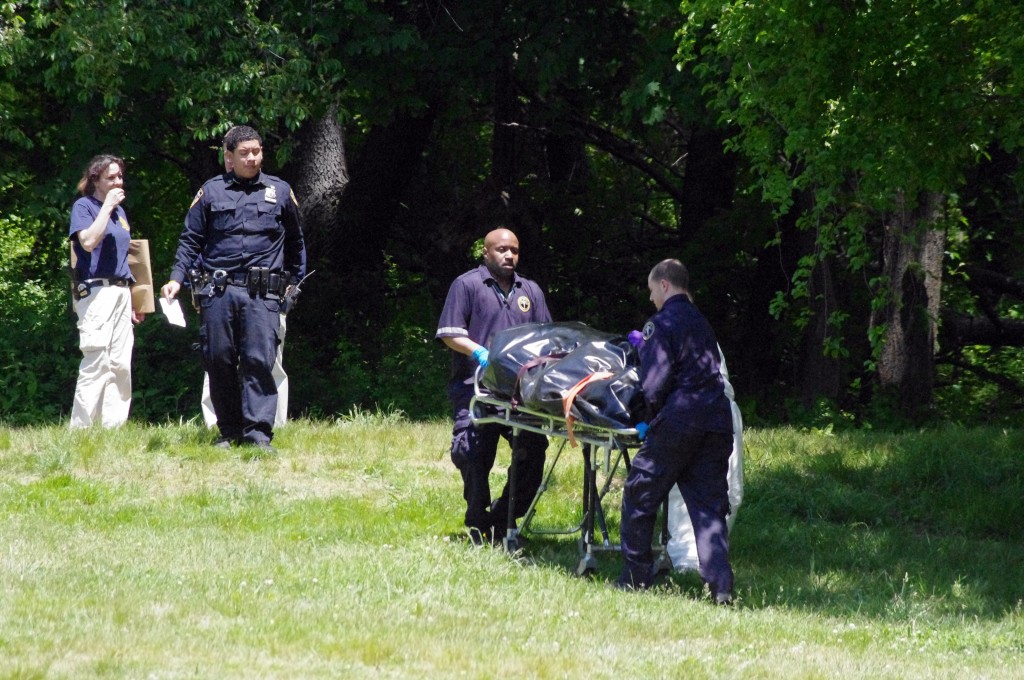 Police remove the badly burned body of an unidentified man from Forest Park on Saturday. The incident is still under investigation. Forum Newsgroup photo by Robert Stridiron.

Firefighters discovered the badly burned body of a man when they responded to a brush fire in Forest Park early on Saturday morning.

Police are now investigating the death and an autopsy is being performed to determine how the man died and why the body was involved in the grisly incident.

Minutes before 6 a.m., police and fire officials responded to the small area of brush that was aflame a few dozen feet into the park near the corner of Park Lane South and 86th Street.

Firefighters found apile of garbage burning amidst the brush and quickly extinguished it.

When it was out, they found a badly charred body under the rubbish, a fire department spokesman said.

As soon as that happened, the matter was handed over to police, who began an investigation.

They had bagged and removed the unidentified body by that afternoon.

The medical examiner is working to determine the cause of death—be it from the fire or something else, and the body still has not been identified.

It’s unclear if the fire was set or not. The cause, too, is under investigation.