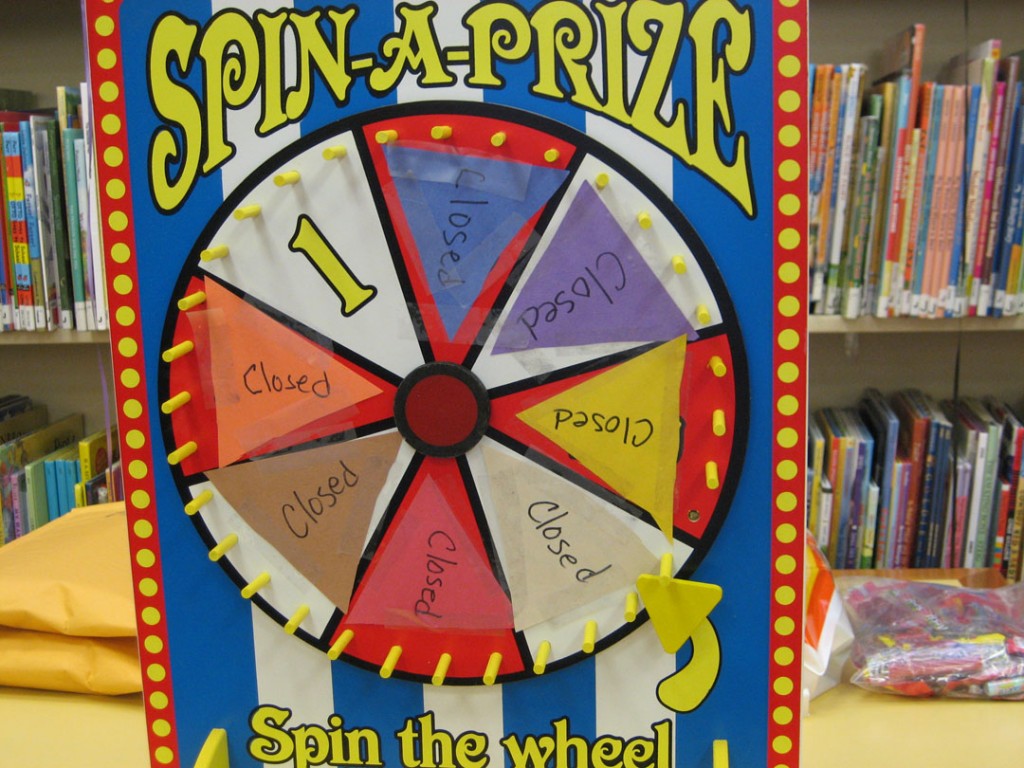 Spin the wheel for a chance to win — or more likely lose, like Queens Library was worried it would if the city cut $26.7 million from its annual budget. Photo courtesy of The Queens Library.

Queens libraries had been facing an impending crisis of epidemic proportions — under the proposed city budget, they will lose about $26.7 million of their funding next year. That’s a 31 percent reduction from the last year’s budget.

This doesn’t even skim the surface of all the programs, classes, jobs and enhancements libraries currently offer that would have to be cut.

Rallies protesting the cuts have been held all over Queens in the last several months, and have been heavily attended by elected officials, library users, children and community groups alike.

In an attempt to raise awareness of the problem before the final vote, the library held a special Broke-down Carnival to highlight the
way the libraries would be forced to operate if the budget goes through as it currently stands.

The carnival featured games that were nearly impossible to win — some were broken, others were missing vital components. The event was geared towards fun though – any child who took a chance on the disfunctional games won a prize, just for making the attempt.

The children were some of the most outspoken adversaries of the library budget cuts. Several wrote letters and cards to the mayor, pleading for their libraries to remain open.

The vote on the NYC budget is scheduled to take place on July 1.