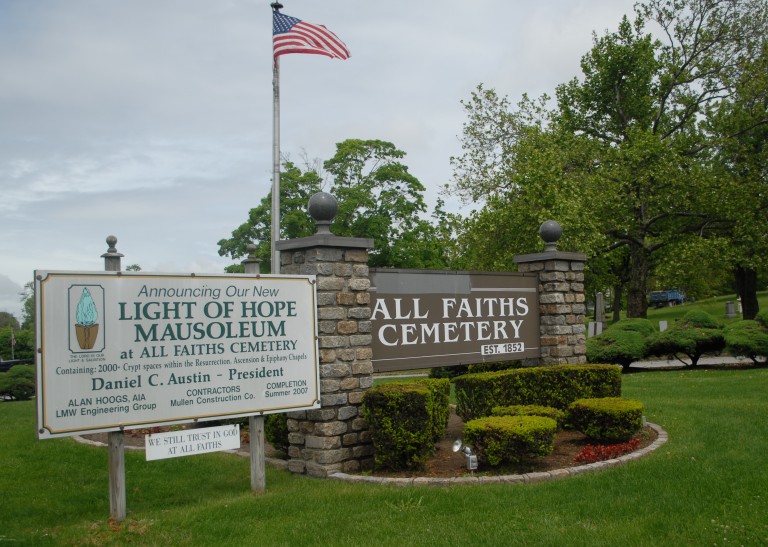 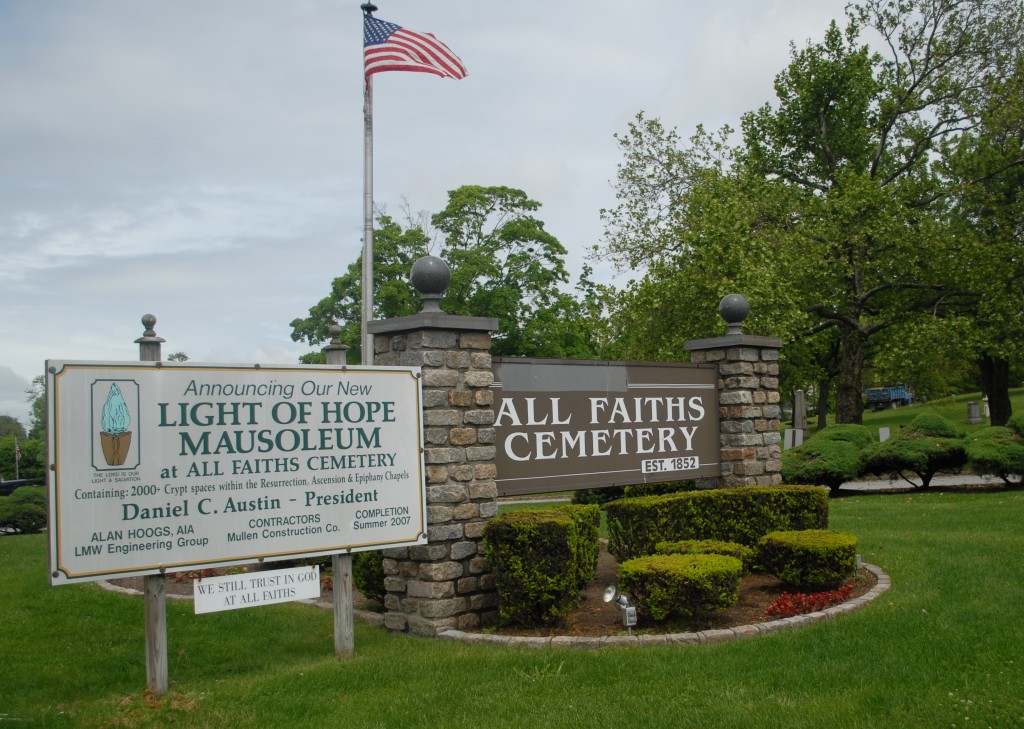 All Faiths Cemetery in Middle Village fought and won against a $1,200 fine charged against it for standing water a few days before Mother’s Day. Forum Newsgroup photo by Jeremiah Dobruck.

Call it a belated Mother’s Day gift for All Faith’s Cemetery in Middle Village.

A judge has dismissed a $1,200 fine for standing water that was levied against All Faiths right around Mother’s Day this year—one of the busiest times for visits there.

Between May and October, New York City bans standing water in order to tamp down mosquito breeding.

On May 10, the Thursday before Mother’s Day, the Department of Health fined All Faiths cemetery for water left in vases of flowers at graves.

The cemetery’s president, Dan Austin, argued he and his grounds were being unfairly targeted, and in a ruling on June 20, a judge agreed with him.

“I was elated because we had a judge that—No. 1 was intelligent—and intelligent people usually don’t have common sense. She had both intelligence and common sense,” Austin, a former NYPD detective said.

He added that empathy might have been a key factor in her decision. “She understood the meaning of Mother’s Day,” Austin said.
On the morning of June 18, Austin, the cemetery’s engineer and the cemetery’s lawyer appeared before administrative law judge Michelle Manzione at the Environmental Control Board in Jamaica.

There, Austin testified that he posts signs, checks plots and shuts off the water to prevent people from leaving containers of with water at graves.

“[Manzione] understood when I testified that I did everything physically possible to comply with the regulations,” Austin said. “There’s nothing I didn’t do that could be done to prevent this condition.”

After the hearing, the judge told Austin he could expect to hear a ruling in two to three weeks, but two days later, he got good news.
The $1,200 had been axed. “I have to commend the judge because she realized the situation there,” Austin said. “The system works. That’s good.”