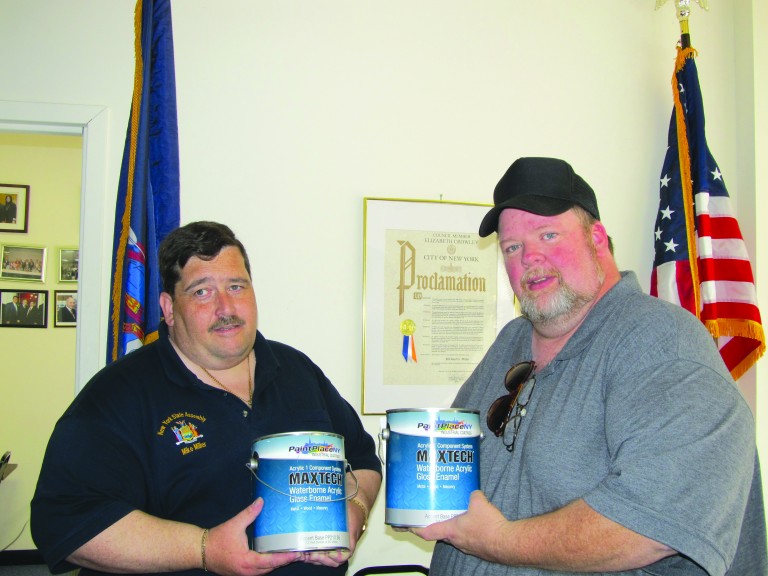 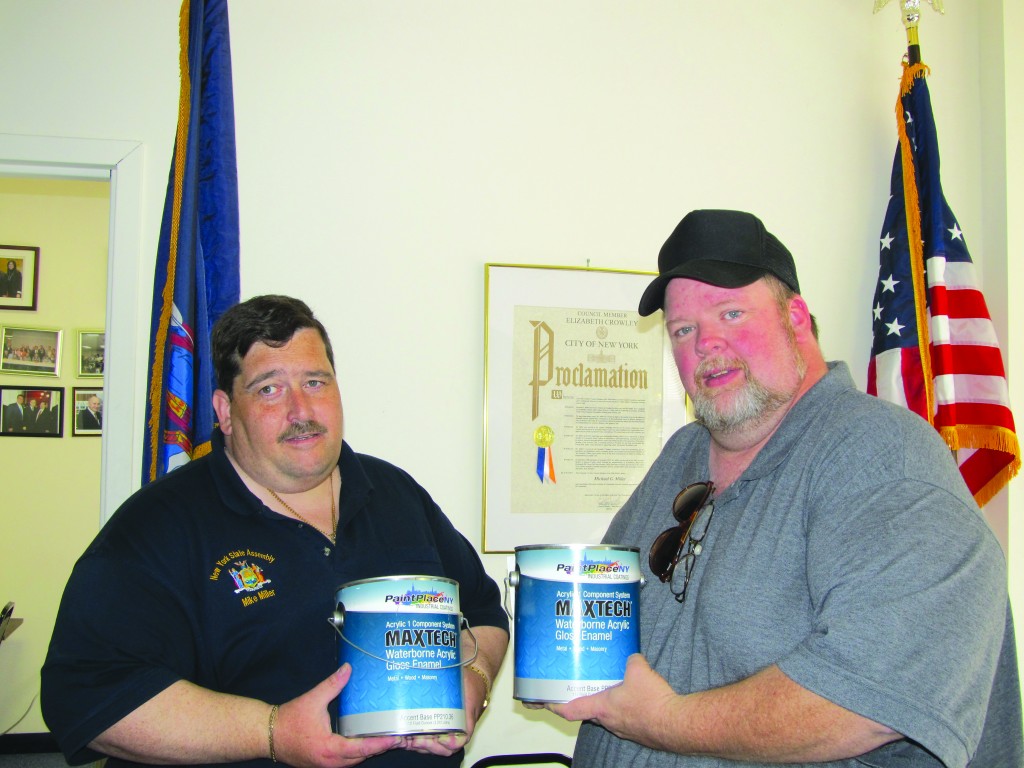 Assemblyman Michael Miller (D-Woodhaven) hands cans of blue and green paint to WRBA President Ed Wendell to kick off a renewed effort to reduce the amount of graffiti in Woodhaven. Photo courtesy of the WRBA.

The Woodhaven Residents’ Block Association recently surveyed their entire neighborhood and found that out of 77 mailboxes, both green and blue, 44 of them (or 57 percent) had been tagged by graffiti vandals. “Some of these mailboxes were painted over just a few weeks ago as part of our graffiti cleanup. We’re going to have to be just as persistent as the vandals,” said WRBA President , Edward Wendell.

The WRBA reached out to local elected officials early Monday for supplies to do battle with, particularly blue and green paint. Assemblyman Mike Miller responded and secured eight cans of green and four cans of blue paint. The WRBA has released the following schedule of small graffiti cleanups. Each event lasts approximately 90 minutes.