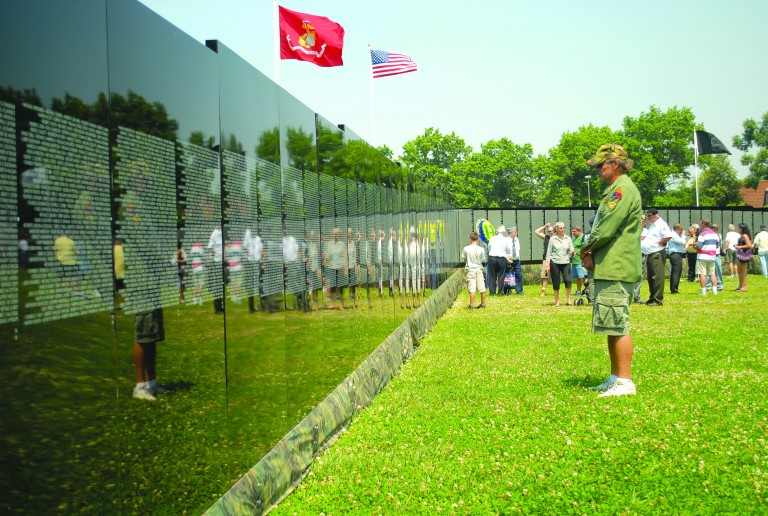 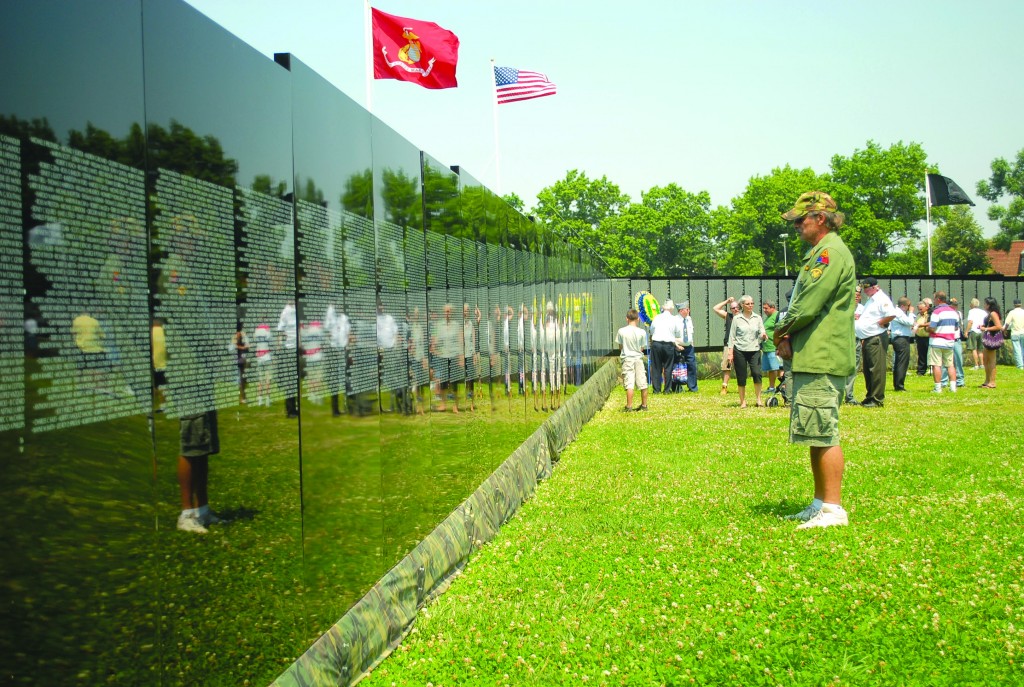 Rene Menendez stopped at every panel in the wall, paying honor to all whose names were found there.

It became a somber yet thankful memorial to the men and women who sacrificed their lives in Vietnam or defended their country in any way in the armed forces.

“The moving wall is moving in more ways than one,” said Paul Narson who heads the Vietnam Veterans of America, Queens Chapter 32.

Before the opening on June 29, volunteers built a base for the traveling monument to be 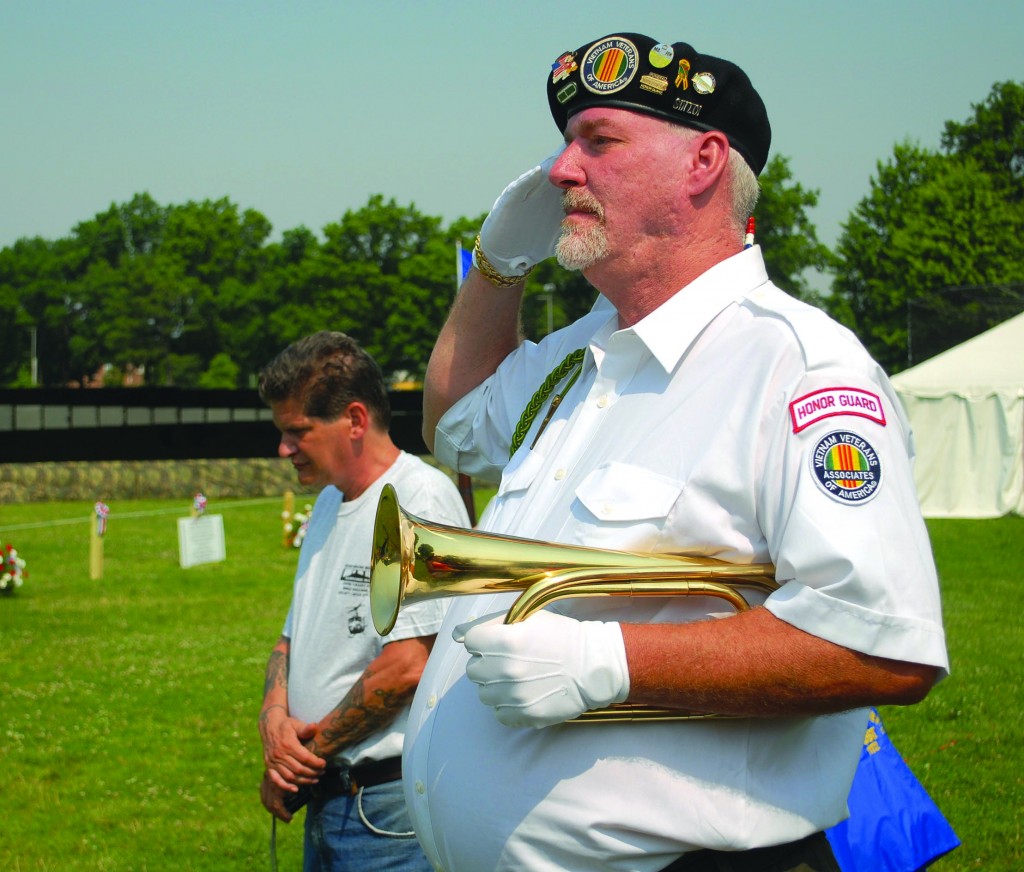 Bob Boisselle, a veteran from Middle Village, salutes during the national anthem.

installed on. And until its closing on July 2, volunteers provided 24-hour security and guidance to anyone looking for a name.

Dignitaries, local legislators and veterans all spoke before the opening—many earnestly and tearfully honoring friends, relatives or anyone else who sacrificed their lives.

Of the almost 60,000 names on the wall, 512 represent soldiers from Queens.
On Friday, dozens of people visited to pay their respects.

Rene Menendez approached the wall by himself. He paused before a panel, read each name and paused to pay his respect. He continued this for every panel on the towering black wall.

“If it takes me an hour, I don’t care,” Menendez said, “because I’m here and they’re not. 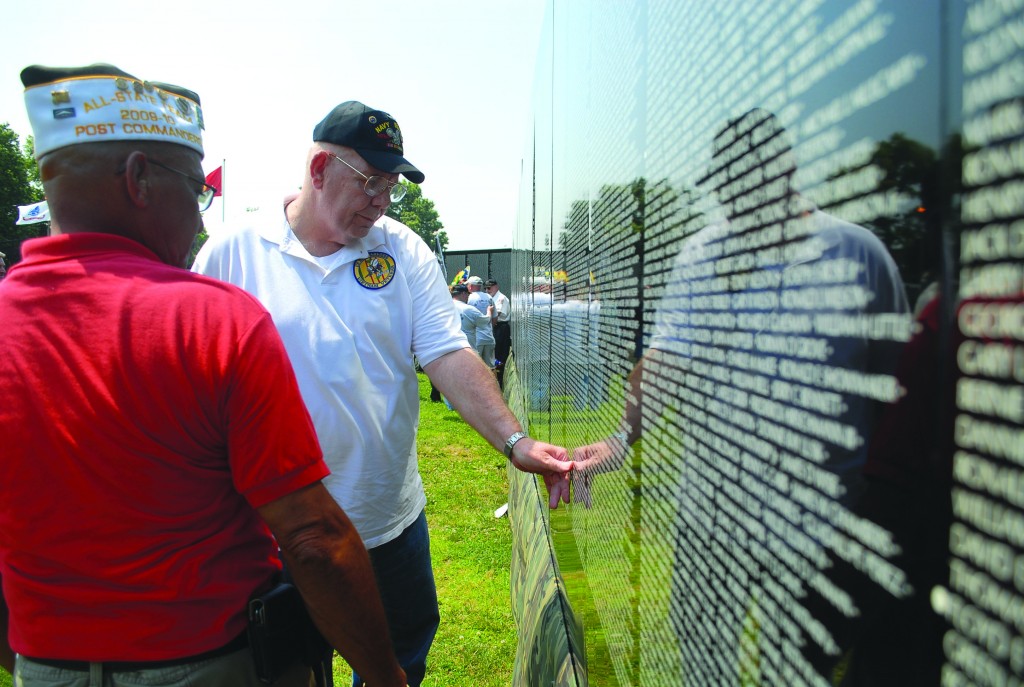 Fredrick Bauer was overcome when he found the name of a fallen brother in arms emblazoned on the wall.

Story and photos by Jeremiah Dobruck