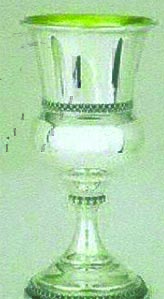 Police released images of the items stolen from a Forest Hills synagogue last month. Photos courtesy of the NYPD.

Police say four religious items used in Jewish ceremonies were stolen from a Forest Hills synagogue some time on or before Monday, June 18.

Synagogue members discovered on June 18,that the four items were gone from Congregation Ahavath Sholom Synagogue, located at 75-02 113th St.

The stolen items include a Torah breast plate, a silver pointer, a silver-coated plate and a wine cup.

There was no sign of forced entry, however, police said.

Another Queens synagogue not far from Ahavath Sholom was burgled in February.

In that case, police arrested 28-year-old Efram Sanders and recovered most of the objects stolen. 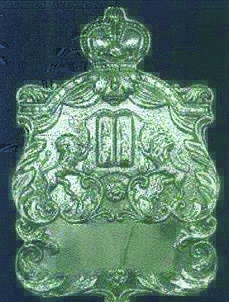